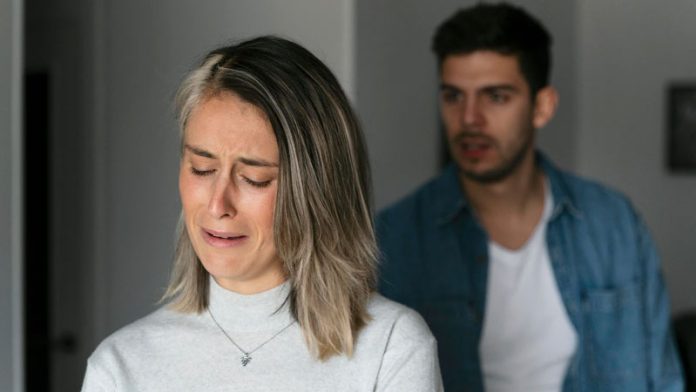 Infidelity is one of the primary reasons behind the rapid spread of divorce. We are witnessing a rise in the divorce rates of late. Even in south Asian countries where familial bonds are sanctified and given extreme importance, divorce seems to be rising. Why does this happen? Is it because tolerance levels are dipping and dissatisfaction over petty issues leads couples astray? Extramarital affairs are becoming common. In this article, we analyze the reason behind the rise in extramarital affairs, why and when it happens and when it does, what is the best way to handle it, and most commonly, how extramarital affairs end.

Why Do Extramarital Affairs Happen?

Some have it for the kicks of experiencing the love of a new man or woman other than their spouse. Some have an extramarital affair to escape the drudgery of a long marriage or some dissatisfaction sprouting in their married life. But some of the most common reasons would include a lack of sexual activity with the spouse, absence of love and care, and most importantly, absence of quality time spent with each other. Sometimes one spouse becomes so selfish that their significant other seeks emotional support outside the home, which might also lead them to emotional infidelity.

Most of these causes stem from the fact that both the husband and wife have a hectic and tiring work life, leaving them with very little time for each other. Due to no work-life balance, they return home tired; hence, all they do is cook, eat and sleep and wake up to go work the next day. Do these situations sound familiar to you? If you, too, are facing similar issues, don’t let it aggravate into a larger problem. Confront it when it is just beginning to affect your marriage.

Over a while, when the emotional and physical demands are not met, one looks elsewhere to fulfill these needs. One craves for them, and when they find it in another person either at the workplace or any social gathering (a chance meeting), it culminates into an affair. These affairs generally have no promises of commitments and are usually a fleeting fling. But the repercussions on the marriage are substantial and, in most cases, disastrous. Let us see why.

The Emotional Impact Of An Extramarital Affair

Feeling dejected, depressed, and let down is one significant effect that one partner experiences when they find out their spouse is having an affair. Extreme cases could include attempts to commit suicide and a loss of interest in life. The psychology behind this reaction is basic human tendency. Acceptance is the primary desire of any human being when it comes to social behavior. When the spouse is cheating, this very tendency remains unfulfilled. This implies that when the husband or wife indulges in an extramarital affair, the ‘wronged’ or the other partner feels left behind. They feel rejected, and rejection by the person who is often loved the most, their spouse, leaves an emotional dent.

How To Confront The Ugly Truth?

Your spouse is cheating, either you have heard it as a rumor through someone else, or they confess. If it is the first case or you are suspicious, confront your spouse. Talk things out. Cheating on a bond as strong as marriage is no joke and no one can ignore it or sit calmly. Besides a calm mind, it also needs delicate handling. Broach the topic straight away. Even if it is just a rumor, you, as the spouse, have the right to know. Do not beat around the bush or have the television set blaring away in the background. Keep all communication lines open and discuss things clearly. Do not lose your temper, and as difficult as it may be, don’t shy away from the facts. Allow the person to talk. It is indeed challenging to handle the fact that the person you love has cheated on you, but is there a choice?

What Next After You Have Found Out?

There are some cases where an open and frank discussion can solve problems, and the couple can get back together with grown love for each other though this is a rarity. Sometimes, certain circumstances make people lose their senses, and they involve themselves in difficult situations that they regret later. It may be a moment of weakness that causes an irreparable wreck. Whatever may be the case, reaching an amicable agreement is an open option. Never overlook the significance or the power of good communication and the healing power of time. Most importantly, don’t hold yourself responsible for what has happened.

We all know in most cases how extramarital affairs end, so why dip yourself in such a mess? Such affairs usually happen after many years of marriage when you have comfortably settled in a cocoon of complacency and have started taking each other for granted. Boredom may set in at this point. Who would disagree that variety is the spice of life? That is why keeping the romance alive in your marriage is essential. Never forget the reasons why you took your wedding vows. Was it to only part ways sometime later and spoil the sanctity of this divine bond which is often believed to be made in heaven? The answer is a definite ‘No’. Build your marriage on the strong foundation of love and trust, and enjoy a blissful life.

Also Read: It’s all about love, so just trust your partner and take a giant leap. Still juggling with emotions and thoughts, try reading these reasons why long-distance relationships don’t work.