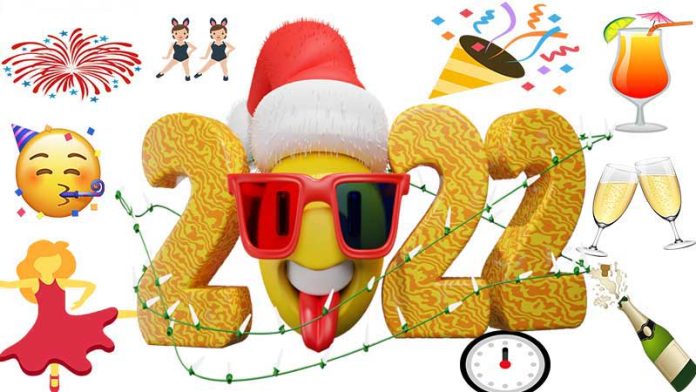 Emoji art has been running wild in the world wide web mainstream for almost five years now. They are among the most prominent and exciting ways of expressing emotions or opinions in microblogging and social networking sites. In the age of digitalization, these bright vector graphics are everywhere. New Year is just around the corner, and choosing the relevant one as the New Year emoji for wishing messages will be fun.

The Importance of Emojis in the Digital Era

Shigetaka Kurita created emojis in 1999, in Japan. Thanks to worldwide recognition, emoji is the most rapidly growing language in history. People are using emojis more and more to express emotions, feelings, and even their thoughts. As per one of the leading search engines during the Covid-19 lockdown, social distancing android emojis increased by almost sixty percent. Also, due to Covid-19, as offices shifted to the homes and in-person meetings moved to zoom meetings, our communication process also changed. During the current scenario, almost ninety-two percent of the online population use emojis on a daily basis. Besides, the new year is knocking on the door, and using significant and suitable New Year Emoji will be fun if a variety of options are available, so below are ten emoji options to choose from.

To celebrate joyful festivals (like new year’s Eve, etc.), people love to use this yellow-colored face broadly with confetti floats around the head and blows a party hat. This partying face emoji denotes good times, and that’s why it is among one of the favorites and most used emojis; I bet this year it would be among most sent new year emojis.

Who doesn’t like fireworks to mark any special occasion, and that too pollution-free! :)This one comes on the top of the list among new year emojis. The fireworks emoji reveals a burst of several colorful lights in the night sky used for any number of celebrations such as New Year’s Eve. These emoticons look slightly different while using different platforms, and the same goes with this firework emoji; it varies by platform and may come among the colors, blue, green, pink, yellow, and purple.

Call it woman dancing, red dress woman, or salsa dancer, this emoji depicts fun and happiness and is just perfect for sending someone close to you expressing your joy. Usually displayed in a woman’s figure is a person dancing while wearing a red dress and raising one arm. This emoji figure dances flamenco or salsa. This emoji corresponds to fun or a kind of positive assertion and a perfect fit as New Year Emoji.

This is one of the most vastly used New Year Emojis. This emoji is a green-colored bottle of sparkling wine or champagne with a label on it whose cork or lid is almost shooting out its frothy content symbolizes celebration. I would say this emoji is quite appropriate for celebrating other occasions like birthdays, weddings, or any other achievement in life.

The Bunny girl emoji depicts two women wearing bunny ears and dancing. Some versions of this emoji, such as in Apple, portray two girls dancing, each of them wearing a leotard and bunny ears. Another avatar of the Bunny girl is a combination of human and animal and is known as Kemonomimi. Every platform has a slight variation in these emojis and changes in accessories. Still, the one common idea or expression behind playboy bunny or bunny girl is just fun, party mood or friendship.

This emoji is another option for the new year emoji. There is an orange-colored (sunset orange) tropical drink served in a stemmed glass as a mai tai or even a rum punch in this emoji. The fruit punch or tiki drink served with fruit garnish, and a straw illustrates the party mood. Many platforms include a cocktail umbrella; hence you can call it an umbrella drink. Whatever the illustration is, the basic thought behind this is a celebration with a drink.

Pick it like a party hat or party popper; it is one of the most used emojis to convey congratulations on birthdays, wedding anniversaries, success parties, graduation days, new year celebrations, and many other special occasions. This emoji represents the celebration where the party popper bursts in a shower of streamers along with confetti. Usually, it comes in a gold-colored party hat with multi-color confetti, stripes, and streamers coming out from its opening side, angled at 45 degrees.

I am simply in awe of this emoji because I truly value my time and respect other times equally. It is just perfect for sending a new year emoji, saying bye-bye to the old year, and welcoming the new year. Although, one can use it to convey midnight Birthday wishes or simply when you want to express something about time. It may not be so fun to pick this emoji, but it is simply too good to gel with the new year’s wishes.

When you clink glass and toast, it automatically indicates some kind of celebration. This emoji of clinking glasses shows two glasses of champagne or sparkling wine clinked together, as we do at a celebratory or friendly toast. Again I would say one of the best emojis to express your mood. Even though you are miles apart; you can toast and step up to the new year with lots of fun with these clinking glasses. Some platforms show white wine or stylized links to mark the clinking.

New year celebrations without singing, how can you even imagine it?

This emoji pictures a rock star or singer with a microphone and sometimes musical notes. And if you love singing, it is just a perfect fit for you to send it, expressing your joy to celebrate the new year with your favorite songs. You can even send the singer emoji to your friends and family if you want to invite them to your Karaoke party to commemorate the new year with you.

So these are some options for New Year Emojis, which will overflow the different platforms soon. An applied sciences faculty member at a Dutch university Maud Donga, who prepared her master’s thesis on the value of emoji, wishes that the language of emoji will captivate primary education in the future.

She thinks that society in general currently needs a variety of emojis. They will surely not replace traditional languages, but they will enhance them and enrich them. Society needs to adapt to the concept of a visual language. Like any other language, it will also evolve over time.

Also Read: Looking forward to welcoming the new year, making new year’s resolutions, or thinking about new year gifts ideas isn’t the only thing that pops up in our mind. Absorb in the party mood and seeking out the best New Year’s Eve dress ideas is somewhat we can’t overlook.