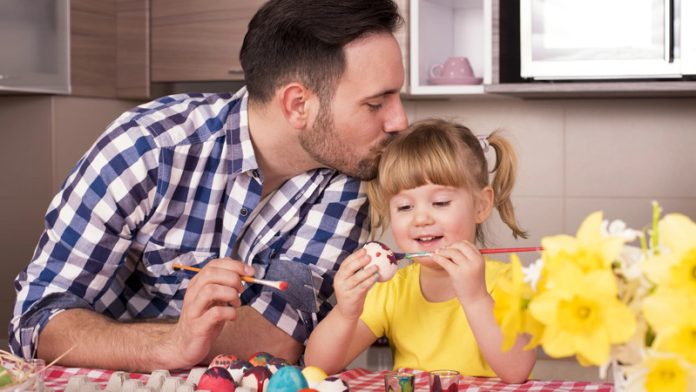 Before you read this article, close your eyes and think about your favorite memory that displays your unique father-daughter bond. Think about how much you miss him and just how much he loves you. A father is not defined by blood alone. A father can be anyone who loves you unconditionally, is there for you when you need him, and will never let you come in harm’s way. It is a well-known fact in the field of the child psychology that early childhood experiences play a huge role in the formation of our personalities. It shapes our emotions, desires, character, and our very outlook towards life. The relationships we share with both our mothers and fathers are thus extremely important. Even though most daughters are usually closer to their mothers, the father-daughter bond is crucial to the formative years of our life.

What Makes The Bond Between A Father And Daughter So Special?

What Is A Healthy Father-Daughter Relationship?

A healthy father-daughter relationship is not only being cordial with each other and taking an interest in one another’s life, but it extends way beyond that. A strong father-daughter bond has multiple dimensions to it. It has emotional, intellectual, and social perspectives too. A father should not be a passive entity in the daughter’s life. To do it he has to involve directly in her life; by adopting the role of her confidant or he can be a figure whom she trusts and confides in. Being a father he can help his daughter solving her problems.

This should be done not by interfering and taking control of her decisions but by helping her think in the right direction and learn from her mistakes. He should try and promote a daughter’s intellectual growth and encourage her to study more, learn more about the world, read books and expand her knowledge beyond the prescribed school books. A father should also try and teach his daughter about the world from his own experience and how to handle social and professional relationships. A strong father-daughter bond is seamless as they transition from friends, parent-child, confidant, teacher, and much more.

How Can A Father Connect With A Teenage Daughter?

Teenagers are difficult to deal with. They have mood swings, hormonal changes, and new irritating habits. They never want to listen anymore, because they’ve learned to depend on their own opinions and voices and they sure do know how to use it. With the social media phenomenon that’s taken hold of the world now, it has become even worse. However, there are still ways to bond with a teenage daughter. It might just take a little more effort.

1. Take Out Time For Your Daughter

Spending time together is key towards developing a strong father-daughter bond. Whether it is going for long drives together, talking over a cup of chai, going shopping, playing board games and sports, or really, anything the two of you can enjoy together is an excellent way of strengthening your father-daughter relationship. Just make sure the activity you choose is something you both enjoy doing. Otherwise, one of you is sure to get the shorter end of the stick which can leave you feeling frustrated and lead to ugly conflicts. Do not enforce rules or force your teen to spend time with you. This will make it seem like a punishment rather than something for both of you to bond over.

2. Be Attentive To Her

Pay attention to her. Most teenage daughters feel like their fathers only care about work, even though they know that they love them very much. This can lead to a strained father-daughter relationship, with the father feeling overworked and the daughter insecure. Oftentimes, just a little attention from fathers does the trick. Talking to each other, sharing your problems and letting her share her views on them, listening to what she says, remembering her likes and dislikes will make the daughter feel loved and cared for.

Space is important for any relationship to grow, and a father-daughter relationship is no exception. Constant hovering, questioning, or insecurity will make the daughter feel like her father does not trust her. Your care and concern will convert into heavy cargo for her instead. Let her know what your exact thought process is. Give her space to make mistakes and learn from her own. Learn when to let go and when to hold tight. Treat her with the maturity you expected to be treated with when you were a teenager. The teens of today face many problems that we may not even understand. So, learn to be curious about them rather than judge or berate them over it.

How Growing Up Without A Father May Affect A Child?

Single parenthood is hard. If the divorce, death, or separation is not hard enough, raising a child alone is challenging to say the least. A child can end up feeling lonely, neglected, and overly dependent on the mother for nurturance. The importance of a father figure in the life of a daughter is extremely important. The beauty of a strong father-daughter bond cannot be replaced by anything else at all. Though these extremities (death, divorce, etcetera) have no easy fix, a child can end up feeling the same way if the father is not involved enough.

Fathers who neglect their children, intentionally or unintentionally, who yell at them for the sake of it, ignore their child’s performance in school or in extracurricular, or stay overly involved in just their work can cause worse effects in their child’s life, even in the long run. A daughter’s self-esteem can shoot down drastically due to an uninvolved father. It also continues to cause adverse impacts in her life as she grows older. She begins to bow down to influential figures of authority rather than stand her ground. She may require constant nurturance from others and may never be able to develop her sense of self. A neglected father-daughter bond may wither just like an un-watered plant if both the father and the daughter try to feed it as much as possible.

How To Improve A Father-Daughter Connection?

It is never too late to salvage the bond that you might have taken for granted until now. To improve a withered father-daughter bond is not easy, but the results it gives can solve much of the resentment and unresolved childhood conflicts a child can carry with themselves right into adulthood.

1. Communication Can Bridge Any Gaps

The first step is to talk to each other. Communication is the key you need to solve any relationship gone sour. Initiate a conversation with the estranged and gauge their willingness to talk about what went wrong.

Once you talk to each other, try to understand each others’ points of view. What issues did the daughter have to face due to her father’s negligence? Similarly, what reasons did the father have to act in such a way?

Forgiveness is the next and the most crucial step. Learning to forgive someone who has hurt you is difficult, but this is what will ensure that you will be able to solve broken relationships. Remember, forgiving someone should be honest. You cannot merely say that you have forgiven him. This forgiveness should stem directly from your heart.

Also Read: Sometimes it’s hard to balance fatherhood and work at the same time. Here are a few new dad quotes to help you see fatherhood from a new perspective.