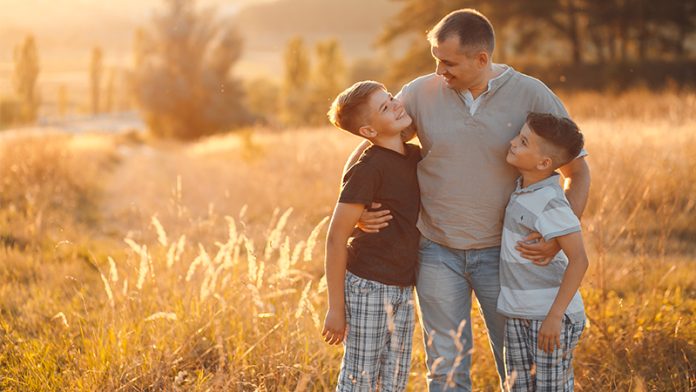 Becoming a father for the first time is the happiest and most emotional experience of life. There is nothing sweeter than the smell of your little bundle of joy. After becoming a father, the rank of the husband is raised. Now he is the provider and guardian of the family. Moreover, the first few months of a newborn are difficult for both mom and dad. They involve changing sleep schedule, breastfeeding, dietary demands, diaper changing routine, and safety concerns of a newborn baby. Additionally, fatherhood comes with responsibility and obligation. If you have become a new father these interesting new dad quotes will guide and inspire you.

How new dad can contribute

Honestly, once the baby is born new dads are clueless about how they can help their partner and the baby. Usually, at the start, the mother’s role is more important than the father’s but a new family foundation requires teamwork. Child and fathers bonding starts right after birth with love and time it strengthens. There is a famous saying children see their fathers as their role models. New dads can contribute to their house by supporting their partners.

Becoming a first-time father raise lot of concerns and pressures. Usually, once you are a father, you feel the pressure of being a provider, protector, and guardian of the family. Being at work and doing well become more important for you. Meanwhile, you try your level best to be an engaging father.  Sometimes it’s hard to balance fatherhood and work at the same time.

Here are a few new dad quotes to help you see fatherhood from a new perspective.

Any man can be a father, but it takes someone special to be a dad.

Dads are most ordinary men turned by love into heroes, adventurers, story-tellers, and singers of song.

Becoming a dad means you have to be a role model for your son and be someone he can look up to.

What makes you a man is not the ability to make a child, it’s the courage to raise one.

It’s an ongoing joy being a dad.

Fatherhood is the greatest thing that could ever happen. You can’t explain it until it happens; it’s like telling somebody what water feels like before they’ve ever swam in it.

The quality of a father can be seen in the goals, dreams, and aspiration he sets not only for himself, but for his family.

Fatherly love is the act of giving your life for the sake of someone else’s needs.

Never is a man more of a man than when he is the father of a newborn.

A father’s smile has been known to light up a child’s entire day.

Having a little one is a huge and life-changing event. It impacts both the social and personal life of new parents. As things are constantly changing, sometimes you wonder whether your life will be the same again. Luckily, a little encouragement and advice from experienced dads will help you deal with this phase of life.

Being a father is a PRIVILEGE. It is nothing short of amazing!.

Father is the noblest title a man can be given. It is more than a biological role. It signifies a patriarch, a leader, an exemplar, a confidant, a teacher, a hero, a friend.

A father is a man who expects his children to be as good as he meant to be.

Daddies don’t just love their children every now and then, it’s a love without end.

Every dad, if he takes time out of his busy life to reflect upon his fatherhood, can learn ways to become an even better dad.

It is a wise father that knows his own child.

One father is more than a hundred schoolmasters.

Becoming a father increases your capacity for love and your level of patience. It opens up another door in a person, a door which you may not even have known was there.

Fathering is not something perfect men do, but something that perfects the man.

The heart of a father is the masterpiece of nature.

A father’s tears and fears are unseen, his love is unexpressed, but his care and protection remains as a pillar of strength throughout our lives.

Fathers provide not only support but also encouragement.

There is nothing that moves a loving father’s soul quite like his child’s cry.

To be a father requires patience, love and giving up the ‘all about me’ attitude.

Fatherhood is a new and wonderful chapter of life. There is a responsibility as well as love and affection for your little one. Inspiring new dad quotes that will help and support you in this phase of life.

Also Read: Here are some tips to become a good husband and father.