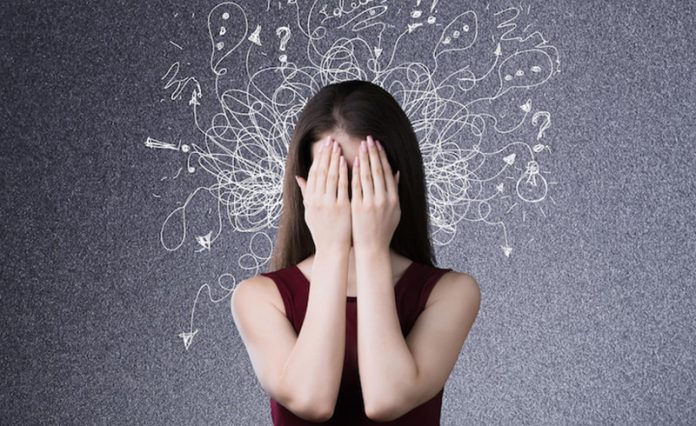 In the sixteen years, I spent on planet earth. It took me only 11 to realize that life is nothing but millions of problems strung together and momentarily spaced up by superficial happiness that we get from solving those very tribulations. It is the simple satisfaction we get after the problem solving, which makes life worth living. I am going to pin down the social issues that trouble the future minds.

The Top 7  Social Issues of Teens

Teenagers face a wide array of dilemmas, most of them which cannot be comprehended by adults. The gap between adulthood and teenage is of a tiny decade, but that decade is enough to make them forget their experiences of adolescence. So, here’s a tiny post on what social issues your teen might be facing on their path of self-discovery and exactly what you can do to help them.

1. The Fear of Not Fitting in:

Societal norms are something we begin to worry about only after the age of 12 or 13. Acceptance can be a hardball to bat for and we do everything we can to make a home run out of it. That ‘everything’ may include changing little bits of our personality, even the parts we treasured as children. While change isn’t necessarily a bad thing, sometimes we pretend to be someone who we are not, therefore we crave and want our peers or elder to approve us and accept us with open arms. The final output of this long and tedious process gives a quite undesirable result. We often come out feeling like we don’t really know ourselves or what our mind really wants.

This fear of social approval needs to be cut in the bud. Take your time convincing your child that their personality is beautiful and unique. They don’t need to pretend to please. At the same time, teach them the art of self-reflection and how they can better themselves by every step they take.

The entire world has turned into a giant Olympics only meant for the rich and successful. Ivy league schools are easily acquired by the ones rolling in dollar bills. While the ones who do not have the good fortune of owning ancestral fortune, are stuck in this worldwide rat race to get into a decent college just so they could be hired by a huge company and earn enough to feed their family of four. In a time and age where job resumes are above everything else, teenagers feel an immense pressure on top of their tiny little shoulders. Their entire future depends on their performance.

It’s important to tell them that missing out on that one measly test is okay; that life gives plenty of opportunities to make good of your mistakes and it is important to seize the next one that comes your way. After all, bad grades aren’t the end of the world.

With the advent of social media platforms arises the additional fear of getting bullied. The anonymity of sitting behind a screen and typing out hateful comments makes it easier for people to escape the consequences. For this reason, cyber safety is an important lesson to teach your teen before you allow them to operate social media accounts of their own. Vile comments eventually lead to insecurity and depression which is obviously unhealthy for your teen’s mental health.

Make sure you keep talking to your teen and are aware of what goes on in their lives. Hear them out completely, without judgments so that the instance something goes wrong, you are the first one they approach.

In today’s era, everyone, even adults, wish to have ‘perfect’ bodies. While it is no crime to want to be healthy, youngsters tend to take an easier but much more dangerous path. Eating disorders have become as common as dirt. Teenagers believe that starving their bodies is the correct way to lose weight as rapidly as possible. Things become distressing when their peers body-shame them and taunt for being thin or too fat. This is another common reason due to which they sink into depression or insecurity.

If you feel your teen is slowly creeping into obesity, it becomes your duty to make them aware of the health hazards of being overweight. Encourage them to work out or join a sport. Channel their energies into a constructive activity that helps them achieve their desired body shape. At the same time, make them understand that they are only human and their bodies can be imperfect.

I have been on the lookout for good psychology colleges in India for the past few days now. Most people told me to check out this one particular college. When I mentioned the name to my mother, she immediately refused to even think about it. Her sole reason being, the college was reputed for rampant drug use and underage alcohol consumption. This really struck me as funny, because my mother was not aware of the sad fact that, this was true for most colleges around the world and there was nothing we could do about it. ‘Addiction’ has become synonymous to ‘cool’ and that is driving most teens to struggle with drug and alcohol addiction.

If we have any social life at all, then we cannot be isolated from the knowledge that these things exist. However, we can be protected from it by being informed beforehand of the ill-effects of consuming these substances.

Recent years has shown a drastic increase in gun violence in schools and other popular locations that teens frequent. This accounts for one of the foremost social issues that teens have to face. Most of these are a result of racial prejudice or mental instability. Gun violence has sparked major political controversies all over the world, and people are desperate enough to point out a reason that they actually believe that violent tendencies arise in teenagers due to violent videogames.

I think the question raised should be: why are the guns so easily available to adolescence? Even adults don’t get it without paper proper paperwork then how it reaches in the hands of immature teenagers? Gun shootings take place only because of the lax and inefficient gun laws, and this matter requires our government’s urgent attention.

Conforming to rules is becoming increasingly difficult for today’s teenagers. Defying their parents is something they get a kick out of. They purposely try to disobey their parents because it gives them the false sense of control and a feeling that they themselves are in charge of their lives. Such complex feelings only arise when their opinions are discarded as worthless or every decision of theirs is over-ruled by that of their parents. This is one of the major social issues.

Try listening to your child once in a while. Acknowledge and consider their views and if you find something hard to accept, explain why you feel that way. Give them a bit of control and you will be pleasantly surprised with amazing ideas that you otherwise would have never even considered.

Confronting your teen may be difficult, but there is a singular solution to all these worldwide troubles and that is communication. Having a good rapport with your child makes them comfortable to voice their thoughts out to you. Teens struggle to find acceptance in this world, and thus it falls as the parent’s duty to fill in for society. Today’s teenagers are the inevitable future of this world, and they are the only one who is going to be determining how to make it a more beautiful place. If teens continue to struggle with such social issues, destruction will be the only thing inevitable.

Also Read: Following are the positive parenting tips for a happier teenager.