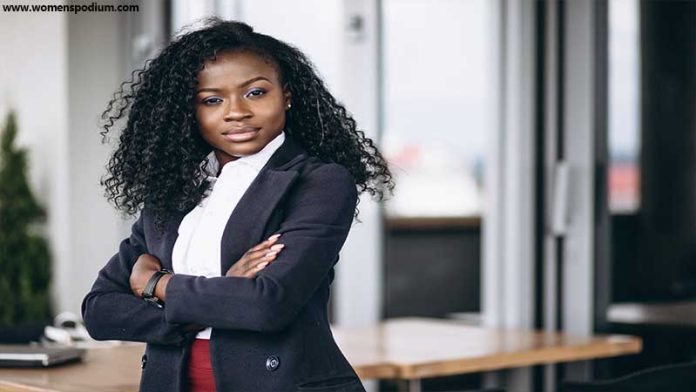 The ability to recover from adversity is not rare. It is something that many are capable of doing. Being mentally strong is not a trait that people either have or don’t have. It is something that can easily be learned over a period of time. Just as one has to work hard to maintain physical strength, it is just as necessary to work on our mental strength. When we talk about mental health, many assume that women suffer from a weaker mindset than men. However, the perception that women are not mentally strong is false. Even though biology gives men a slight advantage when we talk about physically strong women, several studies actually indicate that women are stronger than men when it comes to mental health. Women bounce back from trauma faster and are better equipped in damage control.

Who Are Mentally Strong Women?

Mental Strength or Resilience is the process of adapting well in the face of adversity, trauma, threat, or significant sources of stress such as family and relationship problems, serious health problems or workplace and financial stressors. It is a well-known fact that women around the world have suffered countless atrocities at the hands of their male counterparts. This, in turn, prompted women to rise up and fight for equality and their rights. Several strong women in history have been at the forefront of these movements. These women have acted as both leaders and inspirations for other women to assert their rights and fight for women empowerment. Some of these women include:

Also Read: Why women education is important and some inspiring speeches by strong women worldwide.

Traits Of A Mentally Strong Woman

When mentally strong people face situations that scream trouble, they simply get upset about the disruptive change. But rather than waiting for things to settle into the old rhythm automatically, they actively work towards making their goals a reality. Instead of falling into despair or using unhealthy methods to cope with stress, they prefer to face their difficulties head-on. This doesn’t mean that they see life through rose-colored glasses or are less perceptive to trauma and threats. But they tend to handle adverse situations in ways that foster personal strength and growth. They understand that setbacks are natural and a part of life’s tumultuous journey, but their mental strength helps them to emerge out of these situations even stronger than before. If you are a strong woman, you must be inheriting these seven traits.

Competence is the ability or know-how to handle situations effectively. Life experiences are the only key to acquiring competence. The more independent a woman is, the more competent she is. This is simply because if a woman is used to handling situations by herself, she will be better equipped to fight through challenging situations later in life.

2. Confidence Can Win Any Battle

True confidence is a belief in one’s abilities. One can attain confidence by demonstrating competence in real-life situations. If you’ve dealt with complications before, you’re definitely going to be confident in your abilities to tackle tougher ones in the future. Hence, competence accompanies confidence and ultimately leads to mental strength.

Family is the central force in an individual’s life. Connections with other people, communities, and organizations can give a woman a sense of security that allows her to be independent and develop creative solutions. Robust and intimate relationships within as well as outside the family can help a woman to build a better support system to rely on at times of difficulty. These support systems also help in producing greater positive contacts adding to overall happiness.

A clear sense of right and wrong determines the strength of our character. Women with strong character have a strong sense of self-confidence and self-worth results in higher levels of mental strength in women. Commitment to integrity will not only increase a woman’s self-esteem but also increases the strength of her resilience.

A woman who understands the importance of personal contribution develops a sense of purpose that can motivate her to lead to psychological and emotional well-being. Research shows that an individual who does not experience meaning in life tends to experience more negative emotions like boredom, frustration, depression, loneliness, and agitation. Therefore it is the responsibility of each individual to create a unique meaning and have a purpose in their life to ensure contentment and mental strength.

6. Coping Mechanisms Is Definitely The Passkey

A woman who can effectively deal with stress and other negative psychological factors is definitely better prepared to deal with anything that life throws their way. A woman needs to understand what she is feeling and why and manage her emotions using external or internal resources rationally.

When a woman realizes that she alone can control the outcomes of her decisions and actions, she is more likely to know that she possesses the ability to fight back against anything. Control is an essential aspect for a woman. She must know where and when to display if to be a true mentally strong woman.

1. Don’t Hold Past Or Bitter Experience

Usually, when people face complex or confusing situations, they react in many different ways. Some have a weaker mindset and are thus quick to fall into despair, while others, who are mentally strong, can bounce back and snatch back control quicker. While a person’s response during trouble is deeply dependent on multiple factors like childhood experiences, personality, mindset, and attitude, mentally strong women must avoid certain harmful behavior patterns.

They must avoid reacting with anger against the situation or the person due to which they are in this situation. Strong women should avoid playing the victim card. And try to actively resolve the problem rather than being overly dependent on others in their life.

3. Get Over From Psychological Collapse

Some people face a psychological collapse and tend to get overwhelmed by negative emotions like fear, anxiety, distress, or anger. This weakens their mental strength and also increases their susceptibility to physical and psychological diseases. One must overcome these limitations and work on their emotional resilience to achieve full mental strength.

On the other hand, mentally strong women are able to recover quickly after a period of disturbance and regain their confidence to move forward in life. Mental strength is also linked to maintaining psychological well being and positive emotions.

Women Need To Have Each Other’s Backs

Usually, we see that women who are strong supporters of women’s rights are not only mentally strong but also help others around them to regain their own mental strength. They have high social intelligence and are positive, encouraging, helpful and respectful, and cooperative. They work towards the betterment of other women as well as society as a whole. Mental Strength is dynamic; it can increase or decrease based on life experiences and our overall outlook toward life. A positive outlook enables you to build your own mental strength and to help women around you, directly or indirectly. As women, we must pledge to support, empower and educate women around us.

Also Read: To empower women we must fight against gender inequality.