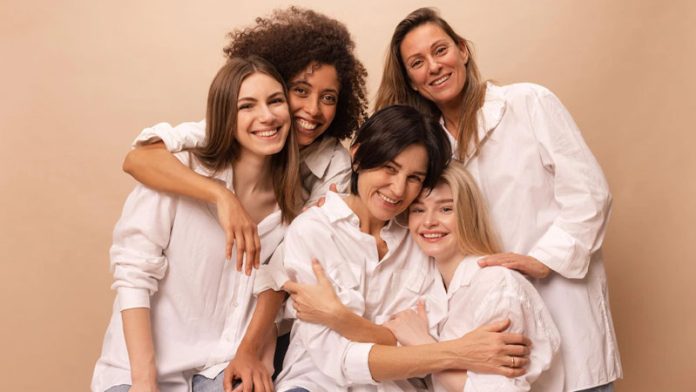 Women empowerment is a recent social concept that has spread across the world through the supreme powers of the media. However, this unusual bout of awareness was actually meant for the backward population that still functioned under beliefs of nonsensical superstitions and oppressing religious beliefs. And yet, even though awareness has solved the “what” part of it, it has chosen to ignore the “how”. Which is why, despite the consciousness regarding women empowerment, many remain clueless on how to practice it. Here are 7 ways to empower women that actually help combat misogyny.

How To Empower Women And Girls Globally?

Illiteracy is the main reason for the sheer ignorance prevalent in rural India. Education still remains a field that has been unjustly reserved for men. Most girls only complete primary education before they are parcelled off for marriage. Some do not go to school at all. Illiteracy is a major hurdle India must cross before it can enjoy a smooth sail towards superpower status.

Lack of appropriate education facilities for women has the obvious consequence of unemployment and lack of job opportunities. Not only this, but even highly qualified women and degree holders also face a great challenge while securing jobs. The bias towards the capabilities of men in society gives them an undue advantage over their female counterparts. Apart from this, there is a great wage disparity between male and female employees working for the same post. This challenge faced by women in the corporate world is that very toxic trait of society which we call “inequality”. One of the ways to empower women is to try removing these hurdles and normalize the concept of ‘equal work equals equal pay’.

All around the world, films have their own importance in supportive cohesiveness and nation-building, and people these days are taking film industry very seriously. The Film Industry has given us countless timeless classics we all love watching. But it is also quick to stereotype women and often downplay their character. Objectifying women, mistreating the female lead, making a hero-centric script are all traits of this industry we unquestioningly accept. However, it begins to impact minds everywhere, and normalizing such scenarios is injurious to the general public mentality.

Therefore, one of the most important ways to empower women is to bring movies to the stand. Get rid of vulgar lyrics, non-existential roles for women, and smaller paychecks for women, because believe it or not, these movies build an unrealistic image of women. It’s high time that the film industry let go of these tropes and welcomed a more open-minded approach towards the representation of women in Indian cinema.

Social media tends to portray women to look at what they feel is “perfect”. Women all around the world are compared to an unrealistic standard because of what social media decides to be ‘attractive’. All of this hate and ‘beauty’ brainwash severely affects mental health and self-esteem levels. What we all need to do it realize that women are human beings. They were not created to lend aesthetic pleasure to your eyes, so we need to stop treating them like paintings. Everyone is imperfect in some way, but we should embrace these differences rather than singling them out.

5. Don’t Ignore The Safety Of Women!

Let’s face it, by now, being a woman roughly translates into constantly looking over your shoulder in worry, feeling paranoid taking public transport, or even worrying about the clothes you can wear in a certain space. The world all over has become relatively unsafe for women of all ages. Women empowerment will only be successful when women feel safe enough to express themselves outside the constraints of their homes. A small step you can take to promote women empowerment is to make the women around you to feel as comfortable as possible.

Women are doing their best to empower themselves by taking an active part in the economy. Thousands of women-run startups have begun to pop up across the globe. The rural population has stepped in too. All we have to do is support these businesses and promote their growth. Encourage them into the economy and empower other women to do the same. We can easily support these businesses by funding them or by choosing to use their products. An easy enough decision to make, but it will help create a future for those who are too scared to try their hand at entrepreneurship.

You can start to empower women and gender equality starting right at home. Tell the women in your life how much you care for them and appreciate them. Encourage them to fulfil their dreams or even just listen to their opinions, and maybe distribute household chores. Anything that really shows them that you don’t take their constant presence for granted and that you value them as human beings.

Women are an irrefutably important part of our ecosystem. Trying to dominate them will not only be meaningless in the long run but also have dire consequences. There are so many ways to empower women, and you can do our part by just helping with one. So, I wish more power to you and the women that help build you up from behind the curtains.

Also Read: Educating a girl is a priceless gift, one that can continue to bless her throughout her life. If you don’t believe us, here are a few of the best quotes on women education by some of the brightest minds.