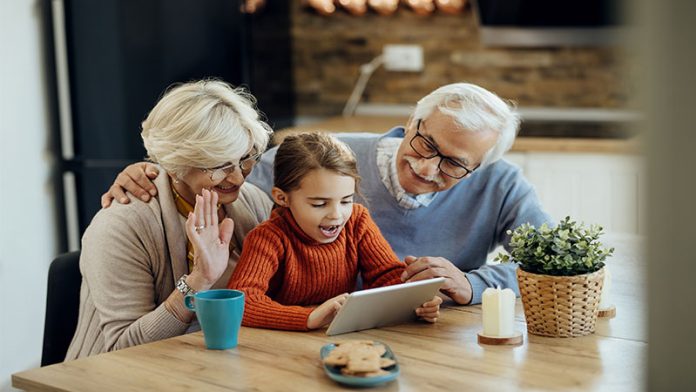 People say it’s a blessing to be able to grow up with grandparents. Many children, especially those born and growing up in today’s family structure, get little time to spend with grandparents or equivalent figures. Whatever little time they do get is reduced to fleeting vacations, quick visits or obligated shared meals during the holiday season. While I’d hate to generalize every family structure into this rut, a conversation on why grandparents are important in a child’s life is imminent.

Most adults today have grown up with grandparents in their lives, provided they had the chance to. A lot of them lived in the same house, interacting with them at every point of their day. They grew up waking up, eating, bonding and fighting with their grandparents. To have such a constant source of interaction with people who have lived largely different lives from the children, bearing experiences beyond their little imaginations and, to be honest, out of their innocent concern. Therefore, none can trivialize the importance of grandparents in a child’s life. Instead, given luck, they would have a monumental role in your children’s lives.

Why Grandparents are Important to Their Grandchildren?

Parenting becomes easier for parents when their parents live with them. The role of grandparents is irreplaceable, as they are the ones in the family who truly understand their children and grandchildren because of their experience. They are the biggest support system of a family; in their presence, kids learn to value the relationship. If grandparents are positive, the value addition they do can be done by none. Let’s read in-depth to know why grandparents are important and what their roles are, and what they add to the family.

It’s no surprise that older people give informed (solicited or not) advice. They do undeniably come from a place of immeasurable experience and grounded wisdom. The knowledge they hold and experiences they bear from their long life usurps any textbook education. It’s known that some things cannot be taught through paper and pen; it needs time, experience and space for learning. While parents can potentially offer this level of guidance to children, it’s not always easy to dissipate and instil such knowledge with everything else that they have to look after, their individual lives included. Grandparents, given they are less bound by obligations than parents, then are a constant source of reliable and learned guidance for children, offering up worlds and thoughts to them that their parent’s generation has limitations with.

More importantly, the generational distance between grandparents and children leaves room for mistakes, repentance and rectification, which, especially for developing young minds, requires and deserves adequate space and time. It’s not fair to shove knowledge, morale or values down a child’s throat; least of all, expect them to learn from mistakes they do not have the time to recognize and rectify. Regardless of whether they live under the same roof or need to travel across the city to get to them, children will always find a safe space in their grandparents’ arms.

Children use their grandparents as an outlet for their cries, cribs and complaints about everything in their little lives, including their parents, without hesitation. Not only is this a warming release for children and their qualms, but it’s, more importantly, also a humongous catalyst to learn trust and companionship. Grandparents often ‘side with’ the kids in their troubles, and while this comes from a place of playful love from the former, it has a significant impact on the way the child learns the significance of having someone to trust, confide in and fall back on for support.

It’s the twenty-first century, and it’s the century of hustle. Parents often drop their children at the grandparents’ care when they leave for work, emergencies, or even to get away from the kids. The importance of grandparents in a child’s life cannot simply be reduced to unparalleled love; in a lot of families, grandparents are active parents in these children’s lives, playing a decisive role in raising them, caring for them and teaching them even when they are in the same household. They often supersede the parents in the significance they have in the children’s lives, given that they have the time and attention to invest in the children the way the twenty-first-century parent cannot. And time, in every essence, is one of the most nourishing things you can give to a child, although demanding.

Children need (if not crave) your attention, and it so happens that attention is rudimentary to the basis of their character; it instils positive self-esteem, acceptance of their identity, confidence, and a sense of purpose and keeps behavioural problems at bay. The time you give them becomes an impetus for their trust in you and, more importantly, in every other relationship they make in the future. The importance of grandparents in a child’s life is further propelled by their ability to give their undivided attention and time to children, offering them something so important that their parents may not fully be able to provide.

The elderly are the guardians of culture; they are flag bearers of the past and (more often than not) stalwarts of what’s to come. Grandparents link children to their past and heritage, where they come from, and what that entails. This is especially significant in expat families living in foreign countries, where children need the desperate reminder of who they are amidst an overwhelming smothering of another culture. Expat or not, however, people need to remember what their heritage means in the hustle of modern life. Growing up, the values and stories of their past and forebears will therefore play an enormous role in the persons these children grow up to be.

Ever felt like you could use Nana’s soft embrace at the end of a long day? Studies have shown that children who are close to their grandparents find an incredible sense of security and belonging with them, adding to their personal behaviour. The sense of security they get from this relationship helps their overall perspective towards life, giving them the confidence and assurance to face it head-on. This level of assurance also aids the relationships they create in the future, especially in discerning those one can trust.

Who could deny delicious food? As simple as it sounds, the importance of grandparents in our life undeniably also extends to how they can offer a stable environment of nutritious food and other essentials integral to our upbringing. In this day and age, working parents can find it extremely difficult to manage and shuffle a balanced home and work life, resorting to frozen foods and unsupervised hours in front of the television for the kids. Under grandparents’ care, the child would get sufficient and scheduled food, adequate hours of play (off the digital screen) and homework. They would be able to ensure the child has a healthy daily routine, which is immeasurably crucial for the growing and learning mind.

Growing up with grandparents is something only a few children are lucky to experience; while the benefits are many, only a few get to experience them. The love a grandparent can provide a child is irreplaceable, and none can fill this void other than the grandparents themselves; that’s why grandparents are important in a child’s life. While it is not feasible for many families to live together, children must interact with and meet their grandparents as much as possible. In this way, a child can receive all of the benefits that come with the importance of grandparents in our life while at the same time having a more ‘modern’ family set-up that we encounter in urban populations today. A grandchild’s and grandparents’ bond should be fostered organically, and only time well spent together can enable this.

Also Read: The idea of raising grateful children and purifying their souls in the race to survive humanely in this era is a massive task for parents and grandparents.