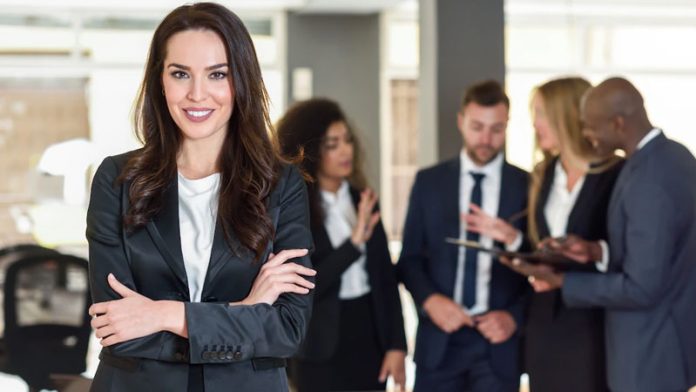 There are certain things successful women will do and will not do. You may be surprised by the power of a woman. Never underestimate the independence of successful women, she doesn’t need anyone else to survive. But that’s just a small portion of what makes a successful woman. Powerful women are all over the globe, making things happen, pushing for reform, and creating beauty wherever they go.

The lifestyle of a successful female is much different than an ordinary person. Even her career, her family, and her friends are stable. This makes her feel even more powerful.  Certain traits make women this way. There are things they do, and then there are things they never do.

So, let’s be honest here. There are basically two types of women in the word. There are the ones who naturally do things that cause them to become successful, then there are those who do things that keep them from reaching their potential. Women of power don’t want to be like women who jeopardize their lives. But women who fall short do want to be like successful women. So here are the 5 things these great women do.

A woman who finds success is passionate about what she does. Her career, for instance, isn’t a job, it’s what she loves to do. If a woman like this finds herself in a career that doesn’t allow her to bloom, then she will leave and find something that will. Passion drives this female, and passion rules the things she does.

2. They don’t Waste Time or Ask for Favors

Successful women see their time as precious. Every moment should be filled with productive or creative endeavors. Procrastination is just not a word in their vocabulary. Now, they do stop to eat, enjoy time with friends, and of course, sleep, but those empty moments some of us have, yeah, they use them to produce something amazing.

If they get overwhelmed, and cannot find enough time, they will not ask for favors. Either they will get it done or they will try again tomorrow. Asking for favors to women like this means, handing over control and risking manipulation. If a favor is given, often it is asked back at some time. Women of power cannot stand the thought of this. They want to be their own hero and spend every moment they can bettering the world.

3. They are not Liars

You have those who see lies in two different ways: regular lies and ‘little white lies’. It’s as if these ‘little white lies’ are any better than other lies. Well, they’re not, and successful women know this. A truly successful woman is not a liar. Now, before you criticize that statement, let me clarify. Everybody lies sometimes, for various reasons, but it doesn’t make them a liar. IT just means, they’ve told a few lies.

You see, a liar tells false information on a regular basis, either because they are pathological liars or because they’re always trying to stay out of trouble. Sometimes, they use lies just to justify their bad behavior. So, powerful women, they don’t need to justify their behavior because it’s usually targeted toward pursuing positive things in life. The lies are just not needed for the most part.

4. They aren’t Afraid to Take Risks

If you know a powerful woman, then you know they aren’t afraid to take risks. Where many people are afraid, they see the risk as an opportunity to move ahead. They are not worried if they fail. It just means, they must try harder on the next risk they take. If they lose something because of the risk, then, to them, maybe it’s destined to be taken from them.

Powerful women see things so much different than the rest of us. Risks are just doorways to rewards. So, if you see a woman doing something that seems a bit risky, maybe she’s embracing change. And for so many of us, change is never easy. It works better for successful women.

5. They are Stable with Finances

Successful women don’t throw money around. They usually have more than one savings account, checking account, retirement account, and other hidden places for their funds. Also, they take the time to weigh their options when making financial decisions.

If they’re being pressured to spend money, they take a step back and think for themselves. If the idea or investment doesn’t seem like a good idea, this powerful female will hold tight to her funds. This is how successful women stay successful.

1. They will not Run from Conflict

As far as confrontations go, women learn to stand tall in the face of adversity. Successful women will do this every single time, while some others pick and choose battles. Yes, you’ve heard that we should bow down to some things, but these powerful women don’t think so. If there’s a problem, they are ready to face it, if there is a battle, they are ready to go to war. Conflict will never scare a successful woman.

2. They don’t Listen to Unfounded Criticism

Unfounded criticism can be damaging. Constructive criticism, on the other hand, is positive. Powerful females no longer believe unfounded criticism, or obvious insults being used to get the upper hand. They also refuse to listen to their inner critic as well. Instead of thinking of failure, they use any inner issues to help them get stronger and build upon a better life.

3. They Never Dwell in the Past

While so many of us live hours and hours of our lives thinking of the past, successful women try to move forward as much as possible. It’s not that they don’t think fondly of things that happened, they just don’t get lost in those past times. Living in the past is unhealthy, and women like this are aware. They are always trying to live in the present time and prepare for the future. I think we learn a few things from this.

Perfection is impossible. I think we’ve established that from day one. Successful women, however, live every day of their lives understanding and appreciating their imperfections. You probably wonder why they do this, but here’s the reason: They know they cannot change everything, they know that change will come, and they know that they’re never perfect. It doesn’t matter how rich or beautiful they are, they are still imperfect. Powerful women are never under the assumption that they are perfect.

5. They Never Give Up

In this life, the temptation to give up is easy. I know sometimes I want to just throw in the towel and call it quits. Females who are the most successful never give up on life. No matter how hard it gets, they always seem to find a way to pull something good out of each situation. There is just a silver lining on every dark cloud, and they manage to find it. Giving up? No, they will never do that, not until their last days on earth.

Like other women, I try so hard to be better and do better with life. So many times I fail. I am far from that successful woman that I would love to be. But that’s just it, maybe I’m closer than I think. Just the fact that I strive, and have the passion to achieve things means I’m not so unsuccessful as I think.

Are you a successful woman? If so, I applaud you and your determination to go after what you want and get those things. As time goes by, more women will become strong and resilient as well.

Also Read: How do we learn to build self-confidence and encourage ourselves? Here are some tips that might help you.