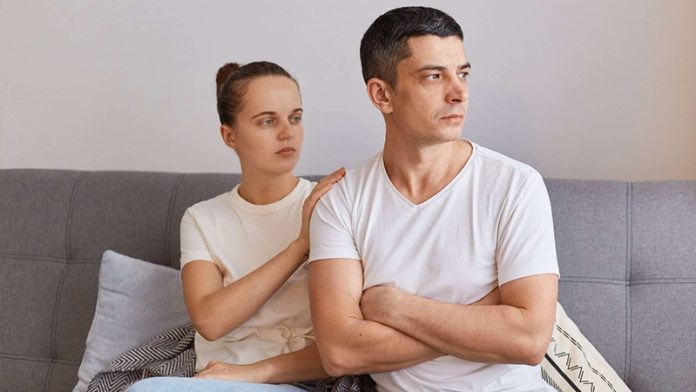 Are you anxious about what happened to your guy suddenly when everything was going great? Last week, everything was more like a fairytale, long walks, regular dates, good morning/goodnight texts, long phone calls, and whatnot. But now, everything is different and changed. No more good morning texts, no phone calls, infrequent dates, ignoring texts/calls for hours, and bad behaviour. A series of unanswered questions run in your mind, leaving you on edge to know what happened exactly! With each passing minute, you realize that your man is changing and trying to end the relationship without valid reasons. Let’s read why do guys pull away before they commit?

Why Do Guys Pull Away Before They Commit?

Well, you’re not the only one in such a situation. And, this is one of the most commonly asked questions by most girls out there. In most girls’ gatherings, you might have heard that guys suddenly pull back, and the relationship charms wither in a few days. Do you know why? Here are the 10 reasons why do men pull away. Let’s go to find the answers.

1. Not Getting Over From Past Heartbreak

Wondering why do men pull away from relationships? At times, moving on is the only way guys find out to recover from past heartbreak and forget the ex. But things don’t always work as you planned, Right? Your guy still might hate his ex or not be interested in her anymore, but still is trapped in agony caused due to the past relationship and trying to recover, but the affliction didn’t let him move on and glued him to his past.

Don’t get us wrong, your man may like or love you, but he’s not mentally ready to be in a relationship again. The only thing that weighs him down is the emotional baggage from a past relationship, and he’s afraid of getting hurt again. So, just give him some time to heal on his own rather than be a muse to him.

Sometimes things happening around us lead us to lose faith in our relationship. If you find your man getting away from you, chances might be he is experiencing something bitter around him. Or maybe he has seen or is seeing so many people getting hurt in relationships, the couple getting divorced, or experiencing anything similar that makes him afraid of trusting anyone again. It is a psychological fact that the past traumatic experience/ worse flashbacks stop a person from moving forward because they are so scared of getting hurt again.

Instead of doubting his intentions, try to be supportive and try to know the reasons behind it. Give him space to process alone and to realize your worth in his life. Lastly, reassure him that you’re always there and will not hurt his feelings.

3. Doesn’t Want To Be Vulnerable

In non-serious relationships, boys tend to stay longer because they can lie low about their actual emotions. But when you’re in serious relationships, you plan your future, next goals, and everything; the chances of serious conversations are high where you want to spend your life with this same person.

Most men are afraid of showing their true feelings, so they try to mask them and end up avoiding you. Your guy might fear that “what will you think of him when he expresses his feelings or what if he cries in front of you? What if you think he’s less of a man because he’s expressing his in-depth emotions?

In short, men do not want to accept their vulnerability in front of their women and want to keep their feelings undercover. What to do? How to make him realize that if you are serious about someone, you have to be in your true self and trust your partner? Here are the few things you can do to gain his trust, so he feels comfortable while opening up in front of you.

Another reason why do guys pull away before they commit is that most guys out there aren’t ready to take responsibility and fear making any serious commitment. When you make a lifelong commitment to someone, then that means you need to be emotionally available to the person all the time. You’ve to be empathic towards your partner and should be there during their highs/lows.

You’ve to accept their flaws and love every aspect of them. Once you commit, you need to share your time and space. As a woman, you might be ready to take all the responsibilities, but most men are scared of all these things.

Like other people, your guy might be overwhelmed by how much effort it takes to love another person and not ready for it mentally. Instead of telling a girl their concerns, guys prefer a breakup. However, you can help him overcome this fear by showing your outstanding support so he won’t have a second thought while making any effort.

5. Not Ready To Change His Lifestyle

Why do guys pull away when they have feelings? Believe it or not, your guy isn’t ready to change his lifestyle. A relationship requires energy, time, and effort, but most guys are afraid of doing it despite their feelings for you. Although the effort, time, or energy you put into the relationship is always worth it. However, allowing someone into your life to love them unconditionally every day seems impressive from the outside, but in reality, it needs a lot of work from both ends to keep the feelings alive.

6. Unsure Of His Feelings

A study shows that women are more romantic and fall in love quicker than men, and she hardly tries to leave the relationship. Despite all this commitment and affection from a woman, why do guys pull away before they commit? Well, this may be because they doubt their feelings. They are unsure if the attraction towards you is love or desire. Most of the time, guys start the relationship out of boredom or infatuation.

They doubt if the feeling lasts long or is it just a usual attraction towards a girl. Your guy pulls himself away from you because he needs time to process everything, find his true intentions, and know whether his feelings towards you are genuine.

Some try to protect you from getting hurt and end the relationship due to the unclarity of feelings. If your man keeps answering you that he’s interested but not committing, give him some time instead of pressurizing him.

7. Doesn’t Want To Lose His Freedom

Losing his freedom of lifestyle is another most common reason why do guys pull away before they commit. When you’re stepping into a serious relationship, you need to sacrifice a few things, including your old habits. Most men are afraid of losing their freedom and want to be free to go anywhere or do anything.

Because commitments call for compromise and relationships need sacrifices. Some guys do not like to be questioned about everything, so they start avoiding and keeping a distance from you. If your man keeps pulling away just to live freely, let him be himself. Talk to him and tell him that he can enjoy his old habits by staying in a relationship with you. Teach him to create a balance in life to make things work smoother.

Sorry to break your bubble. This is one of the sad reasons behind it. Your guy might have another woman in life, and he’s unsure whom to choose. This might put you in a worse situation, but we all know maturity hits men later than women because this is what science says. You need to act wisely if you desperately want him. Keep showing him your love and support so that he realizes your worth sooner.

9. Everything Is Going Super-fast

Going on dates every day gives your man a hint that you want the relationship to last long, and this is not some casual dating. This makes him realize that things need to be slower before he gets sure of his feeling towards you.

When you keep pressuring him to make things official or make commitments, then a man sees a red flag from your side, which means you’re going to take his control. Let your man decide what he wants instead of forcing him to do things. Do not control the steering of his life; instead, give him time and space to rule out everything.

10. Is In Mental Distress

Some people have a habit of pulling away when they are stuck in any problem. His relationship with you is undoubtedly crucial for him, but never forget that he has other issues and people in life to deal with. He has work to do, family, personal health, friends, and other things.

You never know if he’s going through work-related issues, lost his childhood best friend, dealing with parental problems, traps in financial matters, or what else is bothering him unless you talk to him. Instead of ignoring him back that men hate the most, blaming him for things, try to understand what things are pulling him away from you. Try to be there when he needs you the most and make him realize that you’re the only one who’ll always be there for him.

11. Not Ready To Start A Family

Men have a lot of things on their plate and are under a lot of pressure from society. They are the head of the family which means they need to be mentally, emotionally, and financially strong. Your guy might desperately want you in his life but not stable enough to handle the relationship or bear expenses.

Most guys find it too hard to open up about their problems, emotions, and other issues, sometimes due to their pride, dignity, or male ego. So instead of making you understand, he might start pulling you away until he gets stable. To resolve this issue, talk to him about how to get stable in a relationship, how to run the family by bearing expenses equally, and how to be there for each in time of need.

Now, you probably get the idea of why do guys pull away before they commit. I hope the 11 reasons mentioned above might help you find out what’s wrong with your guy? When your guy starts doing it, act wisely and show him your worth in his life. Share your views on this topic with us in the comment section.