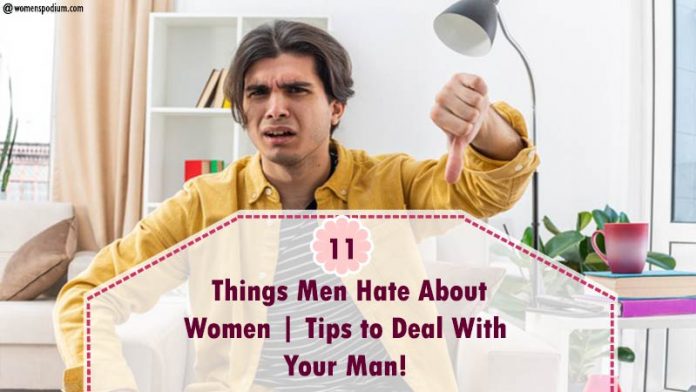 Do you believe in this idiom, “Men Are from Mars, Women Are from Venus”? To be honest, I don’t think so, but there are so many things we still need to learn and understand about each other. For example, women are usually very expressive about what they like or don’t like about men. They can talk for hours among themselves about certain actions of men that they hate. However, have we, women ever thought about things men hate about women? We usually forget that men are also human beings, just like us. They are not from mars, and they have emotions too. Accordingly, they even might dislike certain actions women do, or there must be particular things that might drive men crazy. So in order to win the hearts and minds of our Martians, oops sorry, I mean men, we must find out what are the things men hate about women, hence try to avoid doing them. Here, I am going to enlist the 11 most important things that men hate about women.

What Do Men Hate About Women?

1. Giving Orders All The Time – Men Truly Hate this in a Women 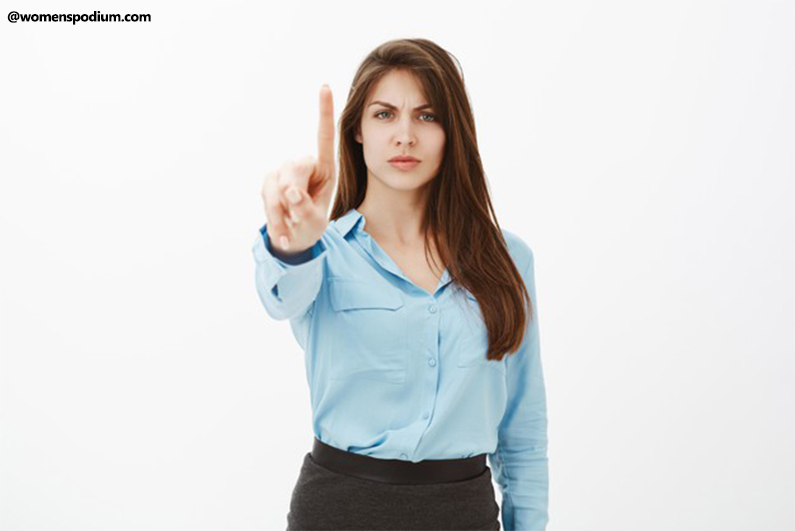 2. Wearing Too Much Makeup – Avoid This! 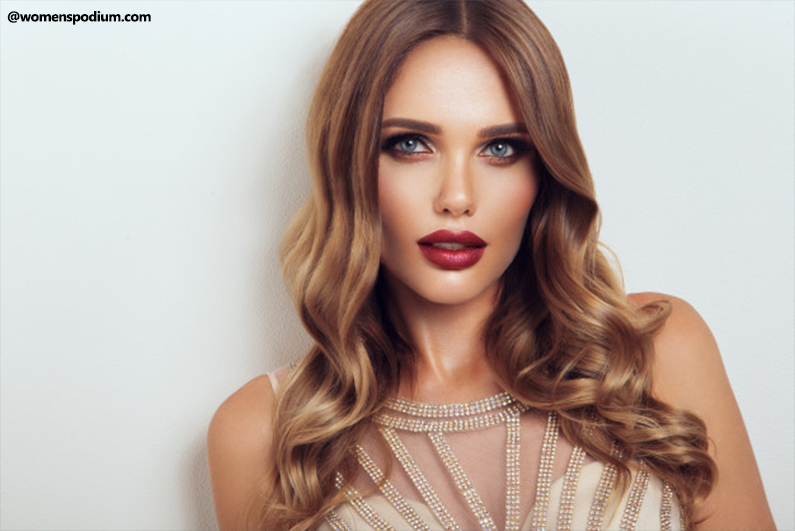 Being a woman, I understand that we love to put on makeup and do experiments with our looks, but really we need to learn the fact that this puts off men. Too much makeup and caked up look is one of those things men hate about women. I would advise women to be natural and apply as little makeup as possible because less is more. Women must be proud of who they are and how they look and focus on their personality improvement rather than looks.

3. Complaining All The Time – Men Don’t Like Whining Women 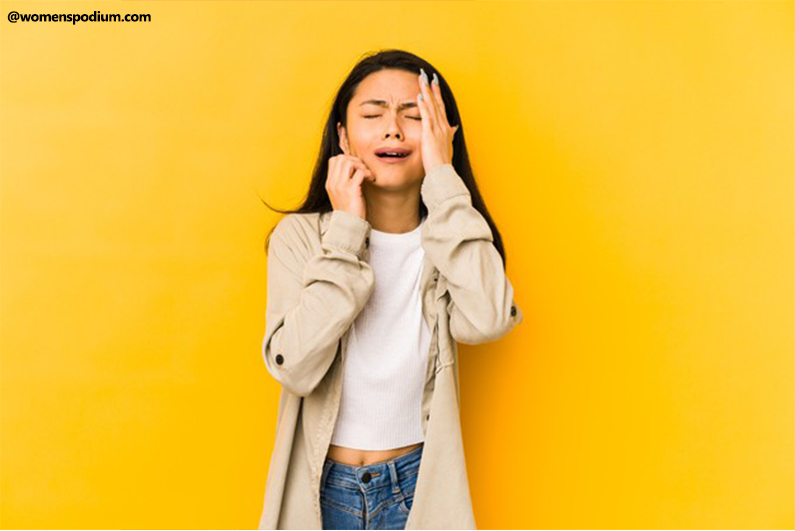 Complaining and nagging is another thing that drives men crazy. Men hate it when women around them are constantly complaining about one thing or another. They would rather spend their evening outside than listen to women telling them what they didn’t do or what they did wrong and what they should or shouldn’t be doing. A woman must learn to stop complaining all the time about his faults and mistakes. Remember, he is as human as we are, and he also makes mistakes as we do so give him some space. Put a smile on your face and appreciate things he did for you instead of complaining about one thing he forgot to do. 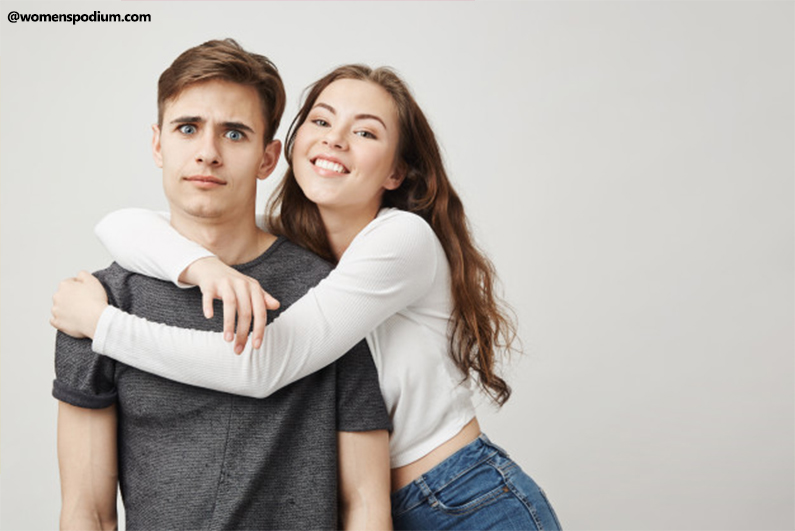 This is one of the most important things men hate about women. Women usually do not like to talk directly about what they want, need, or expect men to do. So, next time your man says that he is going out to the gym and you want him to spend time with you, don’t act cold and distant and don’t say, “go please go! Or you might get late”. Instead, try saying directly and nicely that you want him to stay. This way, he will understand what you want and maybe compensate for the time he spent outside.

5. Talking Too Much – Give Some Chance to Your Men Too! 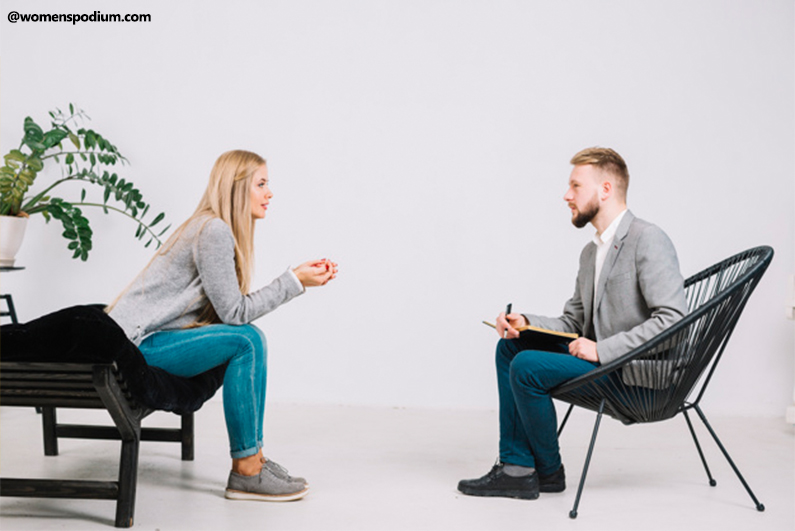 I understand that you like to tell him about each and everything that happened to you, your friends, your acquaintances, or your neighbors during the day and how you felt about it but please stop. Give him a break. Let him talk first. Try to be a good listener. Men usually don’t like women who talk non-stop about the things they are uninterested in. They would be thinking in their heads, why is she telling me this? So please shorten your speech and come to the point after you have listened to him first.

6. Messing up His Hair – Trust Me, Men Hate it Utterly 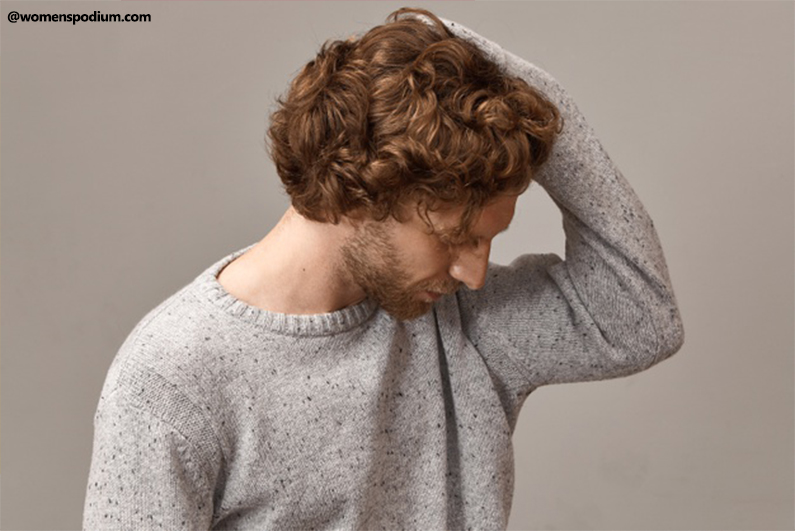 I know you think it is a cute act and you really love messing up his hair, but men hate this so much that you can’t even begin to understand the amount of annoyance he feels when you mess up his carefully combed and set hair upon which he spent an hour in the morning while getting ready. So, just leave his hair alone, as this is one of those things men hate about women and surely you don’t want to annoy your man.

7. Being Clingy and Controlling – Give Space to your Men 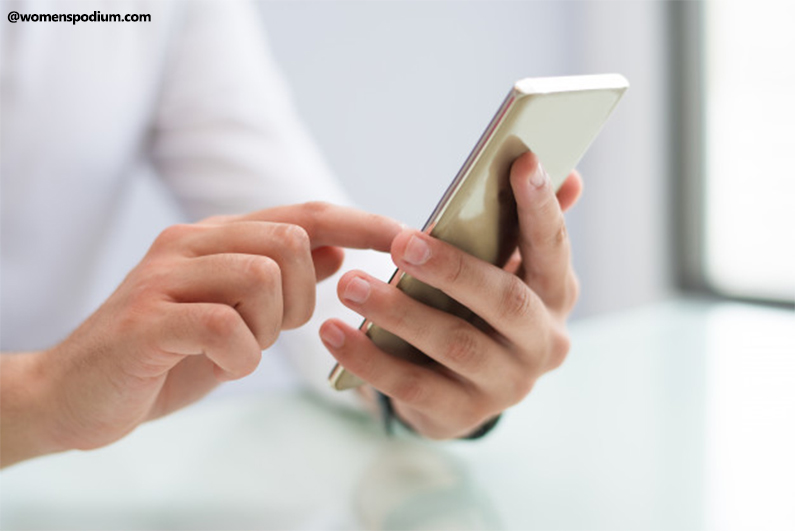 Women are used to sending long text messages to their female friends and talking with them all the time, but men are not used to this. They would not read your long paragraphs of text messages as they simply do not have time or patience. And to be more precise, I would suggest you stop asking him where he is, what he is doing, and who he is with. You need to give him some space and try not to act like his mother. This is also one of the things women do that drives men crazy. So, start trusting him and do not be clingy. And try not to reply to every answer in irritation, it can slowly poison your marital relationsip. Although men like attention but the excess of everything is bad, your speaking skills can do wonders.

8. Being the Damsel in Distress 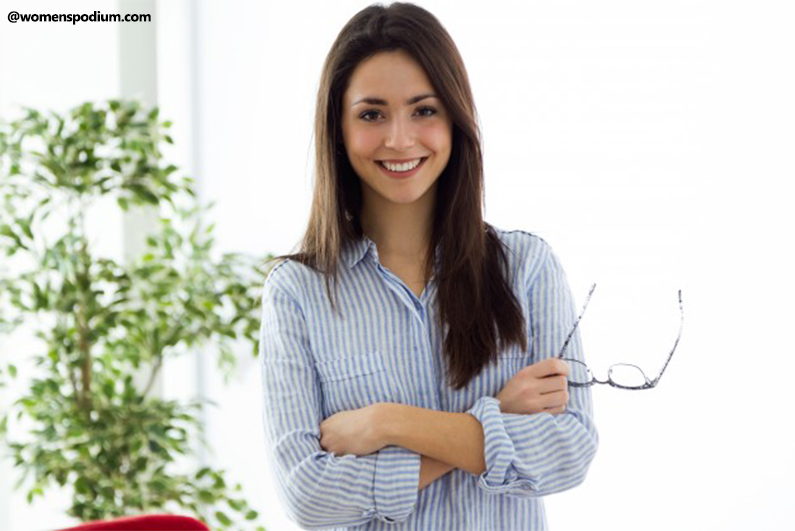 I know you must have read many fairy tales and watched lots of movies where a woman is all fearful of a monster, cries hysterically, and can’t take a step for herself until a superhero (aka a man) comes and saves her. But, unfortunately, this is not the case in reality. Men don’t like women who are constantly acting like damsels in distress, and who’re extremely dependent on their man. The women who have no purpose in life, and who don’t have anything else to do except being dependent on men are not attractive at all. So if you don’t want to push him away, start doing things for yourself and pursue a career, a hobby or a sport. Have a life of your own too besides him.

9. Bringing up the Past During Arguments 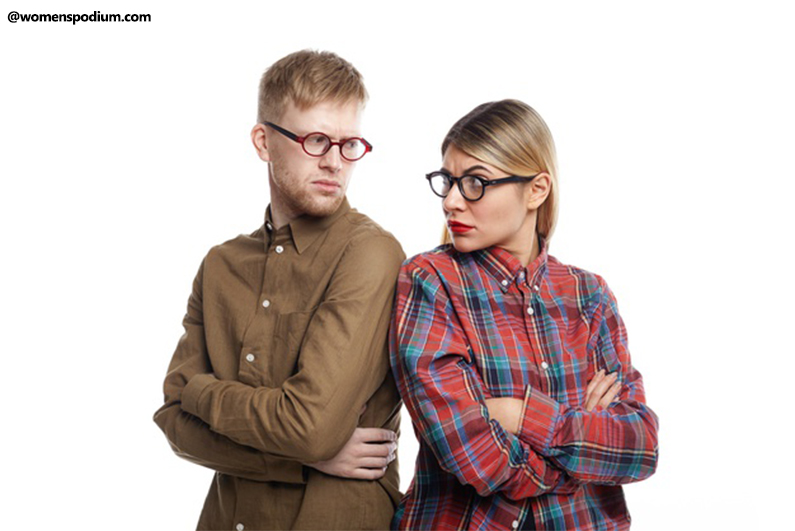 You are having a fight with your man about something, and during arguments you bring up something that happened in the past, something he did or someone else did, which was forgotten and forgiven a long time ago. Now talking about this is one of the things that men dislike about women. He just can’t understand why you are bringing up a done and dusted with matter again? So, let the bygones be bygones and move forward with your life.

“Do I look fat to you?” “Do you still love your ex?” “When I grow old, will you still love me?” “Do you think that woman is more beautiful than me?’ “If I die, will you marry again?” See! Dear women! These are the kind of ‘innocent’ questions we bombard our men with. Do you think these can be answered? Men feel absolutely threatened, annoyed and perplexed by these kinds of things women do. They feel as if their loyalty, integrity and eligibility is being questioned. As women, we must understand that men are simpler creatures. They won’t be putting up with you for so long if they didn’t love or cared for you. So stop playing with their intelligence and emotions and be understanding, calm and cool about it.

11. If you are a Shopaholic Wife or Overspending Spouse, you are Under the Radar 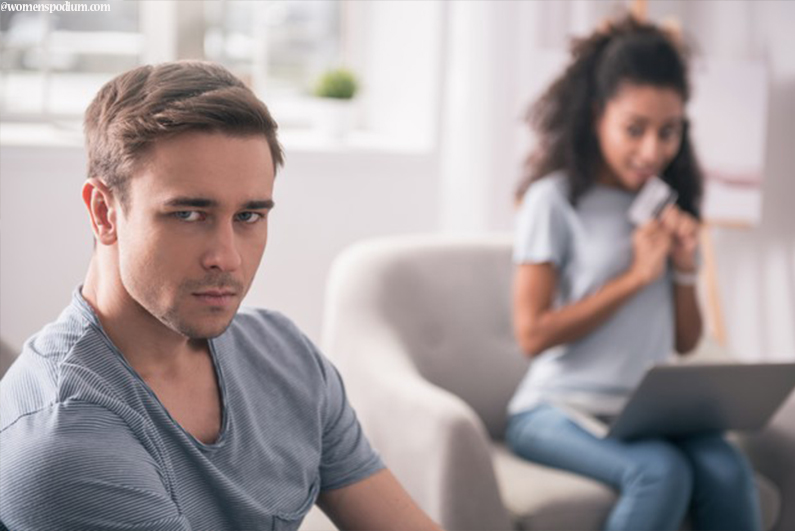 Men love to invest; apart from their job, I have seen men around me talking about stocks, savings, investments, buying properties. And to this addition, now the new talk of discussions is Crypto; either they should invest in bitcoin or dogecoin, XRP or Etherium. Trust me, for we women, shopping is relatively easier than this investing funda. But men hate over purchasing or spending money insanely; in a nutshell, they don’t like their wives to be a shopaholic. So if you are a shopaholic, you can be under his radar.

These were a few of the most important things men hate about women. In a nutshell, we need to learn that men are as prone to mistakes and errors as women. So, we should stop judging them and give them the fair benefit of the doubt. Having trust in each other is the key to happiness in any relationship. Men might seem to be less emotional and more rational, but they are also vulnerable to emotional stress and anxiety over the things women put them through. So, next time be nice to the men around you because they are neither Martians nor robots.