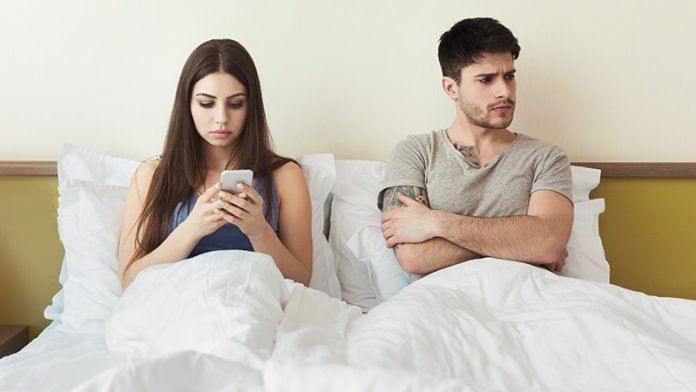 A relationship is a commitment between two people that they will be partners through times of happiness and sorrows, ups and downs, and through thick and thin. When a partner starts making lame excuses and makes it a habit to ignore you, feel your instinct that he/she is up to something fishy. Every relationship requires trust and any excuses make it betrayal, which leads towards the end of that relationship. Nobody can deny the fact that cheating is a real phenomenon.

“Cheating sucks. But there’s a reason why people cheat anyway”

Everybody has their own definition of cheating, as people have different expectations from their partners. Every partner has their own terms and conditions in their span of affiliation. Cheating may be defined as breaking the rules/expectations of closeness and faithfulness between each other. It is excruciating to accept the fact that your partner is cheating on you.

Other Things Also Considered As Infidelity:

10 Reasons Why People Cheat In A Relationship

There may be several reasons for cheating. Here we explore some of them.

1. Emotional Incompatibility – A Major Reason Behind Why People Cheat!

People Cheat in a relationship out of emotional incompatibility. The needs and desires of the couple did not match each other. People come into a relationship, thinking they know each other very well. But after exchanging vows; and after being in a monthly relationship, they come to see that they are not made for each other. Real-life relationships and cell phone relationships are two different things. You can talk, talk and talk for hours, but in practical life that won’t count at all. Moreover, unlike in the past, women are not dependent on men; if they are not happy, they will stand up for themselves and move on from an unhappy marriage.

2. Physically And Emotionally Abused By The Partner – Not Fair!

An abusive partner is not tolerated by anyone, at all. In the past, women used to tolerate every kind of abuse; even it was physical or emotional. An abusive partner makes the other one find soothing corners for them. People cheat their partners out of abusive relationships, after having mental or physical distress, one needs someone to take care of them.

3. Knock, Knock! Someone Else Is Taking Your Place!

One of the most substantial reasons for infidelity between the couple is an inclination towards other people. When they start to see other people besides their partner, or when they have a relationship outside, they begin to lack charm in their current partner. Such a situation leads to severe complications, and the irony is that despite having another affair, they still want to live with their current partner. These types of people are not courageous enough to ask their partner to leave; instead, they prefer to continue cheating on them.

4. Anger Or Revenge – Strange But One Of The Reasons Behind Cheating

It is strange, but yes, some people cheat out of anger or to take revenge. Due to some misunderstandings or doubt, if one partner gets any wrong idea that adultery is stepping between them, but actually there is no cheating involved from the other side. This confusion makes them hurt, and out of revenge, they want to cause you the same pain; they felt at some point.

If there is a lack of emotional and physical interaction between the partners or the other half has no time for you, as he/she is busy in their work or giving priority to his life. Such a scenario drives anger in the suffering partner leading him to opt for ways to hurt his/her partner.

5. Feeling Out Of Love – Sucks Out Everything In A Relationship

Falling in love with someone gives you an adrenaline rush in the beginning, but as time passes, they start to feel out of love. They feel like it was a sudden gust of wind. But when the squall of emotions is gone, you feel an emptiness in your life, though it is a painful process to tolerate, given the fact that the relationship has first existed.

7. Sexual Desires – Again A Core Reason- Who Do People Cheat?

Sometimes people cheat their partner due to sexual desires which the other half is unable to meet. Although both are fully committed to the relationship, understand each other, and care for each other, when they lack physical intimacy and slip into romantic gestures. Strangely, at one point in time, all these misses become one of the core reasons for one partner to cheat their partner to satisfy his/her desires.

8. Habitual Of Cheating/ Changing Desires – A Bad Habit To Cheat!

Some people are habitual to cheat others. They can never be in one relationship as they love to change their partners as people change their clothes. Moreover, the desire of changing partners for their taste buds is so rigorous that it allows them to cheat so often.

Some people don’t call it a cheat, but for some people, it is a way of cheating. Many people have a habit of sharing the private and personal information of their relationships with their friends, and colleagues. To some people discussing any confidential or intimate things about their partner with others in a social gathering somehow satisfies them. And trust me guys, it is one of the worst kinds of cheating because you are not allowed to discuss your partner’s life in public without his consent.

We live in a society where one will never leave the opportunity to cheat on someone. Sometimes, there is not a single reason at all, but still, people cheat out of the reason that they got the chance to do so. They do it because nature has provided them with an opportunity for it.