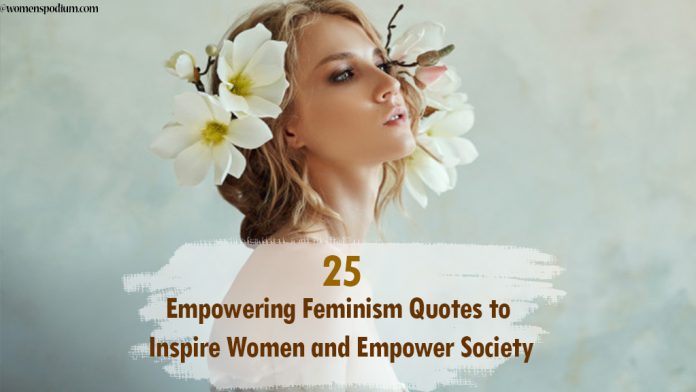 Being a feminist doesn’t mean you want to empower women to rule, but it is the advocacy of the idea wherein all people get equal opportunities. Feminism does not exclude people based on their gender, social-economic status, race, and abilities. And simply put, equal rights to all are what the feminists say. Gender inequality is yet another issue that persists in society as long as patriarchy exists. Feminism quotes can better make you understand that feminism tackles issues to attain social equality and not one gender domination.

How Feminism Change the World?

Most people think that feminism is a revolutionary movement only to selfishly talk about empowering women. True feminists do not support gender discrepancy. They also strongly oppose the patriarchy. But they detest the social injustice towards men as well. This is why there is a need to start gender equality from home. We have to know that feminism gives opportunities for both genders to live in a peaceful society. Think about it! Women would have equal opportunities on educational, political, and social grounds. Men who were ignorant of the upbringing of their kids before would interact more with their kids. They would develop a connection with their kids, feel compassionate, and appreciate their partners more. It will be a better understanding and loving society if everyone does that.

Feminism is not a bad thing, as many people suppose it is. Feminism quotes will prove that feminism is the requirement for founding a better society where everyone has compassion and empathy for others. Here are some interesting feminism quotes: 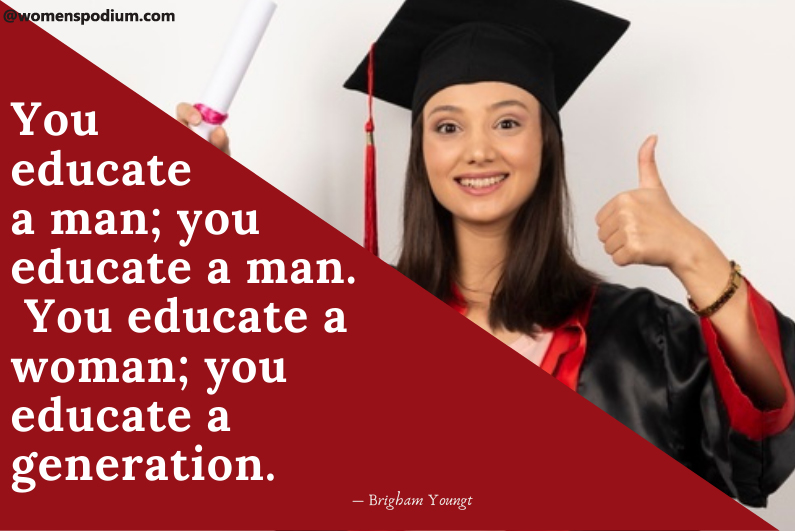 Feminism is the radical notion that women are human beings.

The thing women have yet to learn is nobody gives you power. You just take it. 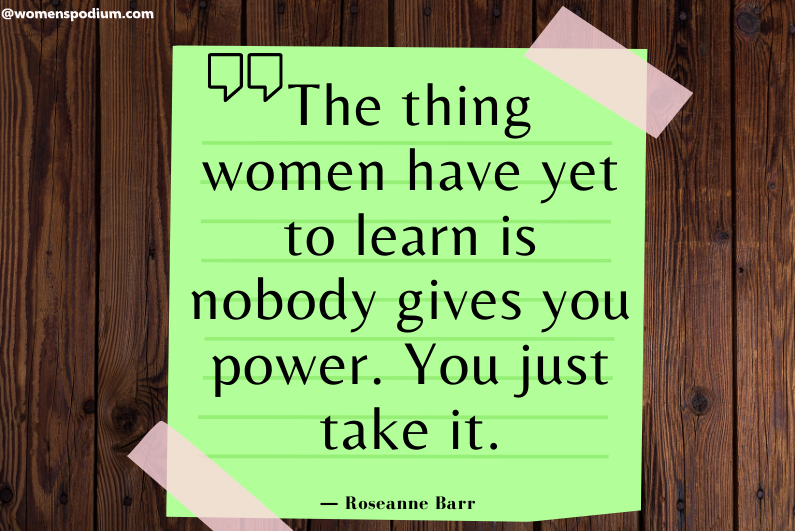 A feminist is anyone who recognizes the equality and full humanity of women and men.

He is a gentleman, and I am a gentleman’s daughter. So far we are equal. 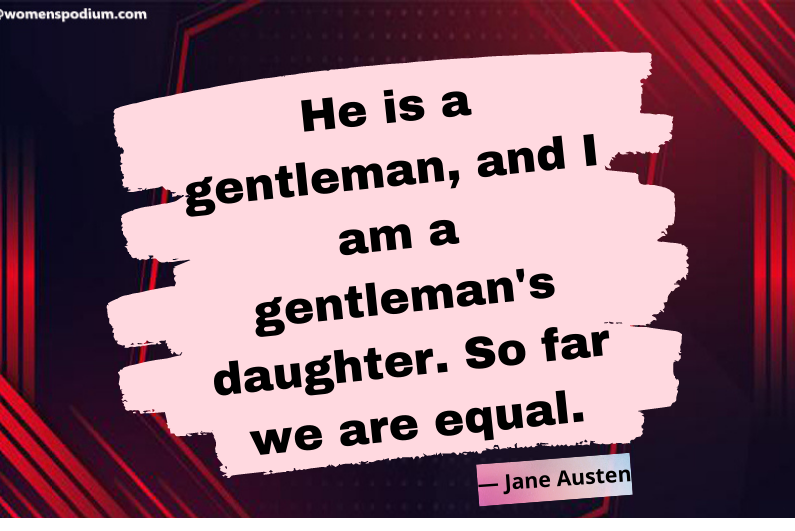 No woman can call herself free who does not control her own body.

Feminism has never been about getting a job for one woman. It’s about making life more fair for women everywhere. It’s not about a piece of the existing pie; there are too many of us for that. It’s about baking a new pie. 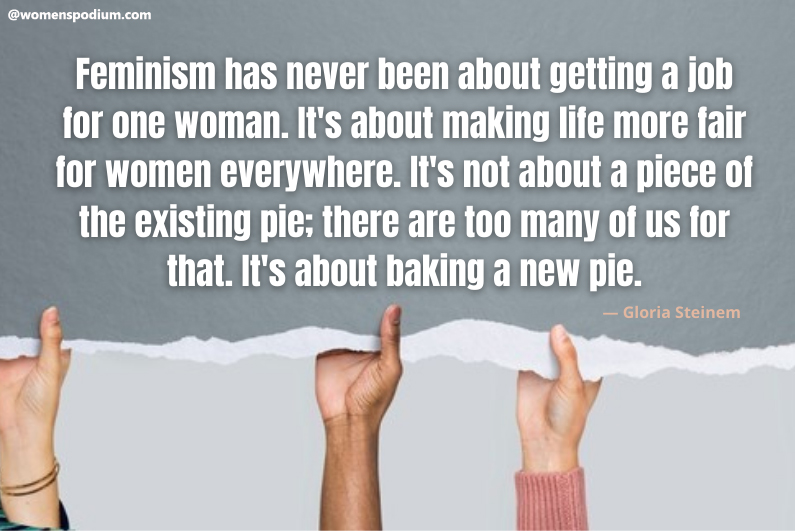 I’m not going to limit myself just because people won’t accept the fact that I can do something else. 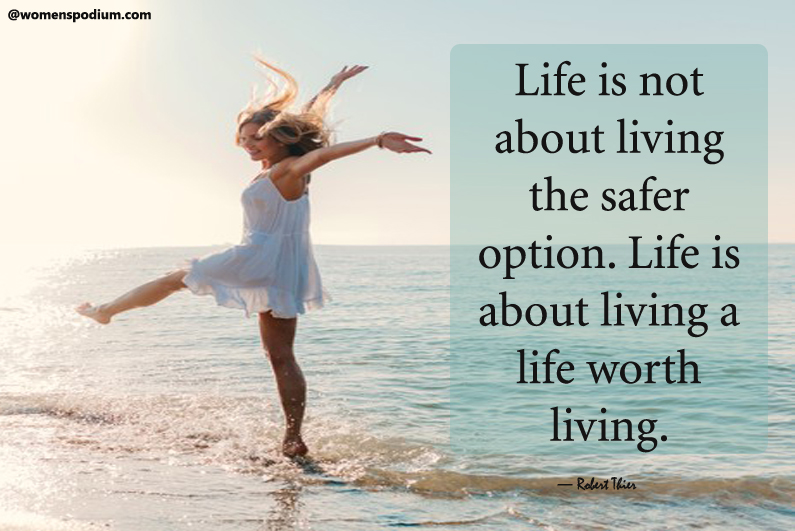 I would rather be a bad feminist than no feminist at all. 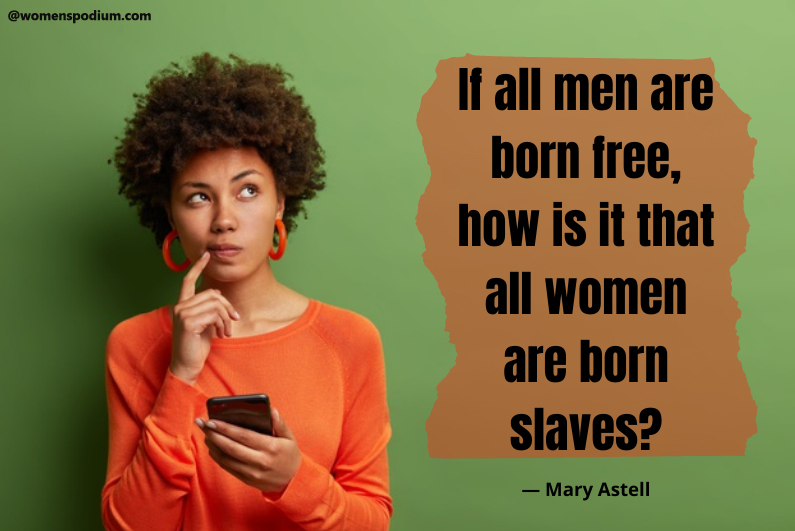 Male domination is so rooted in our collective unconscious that we no longer even see it.

It is vain to expect virtue from women till they are in some degree independent of men. 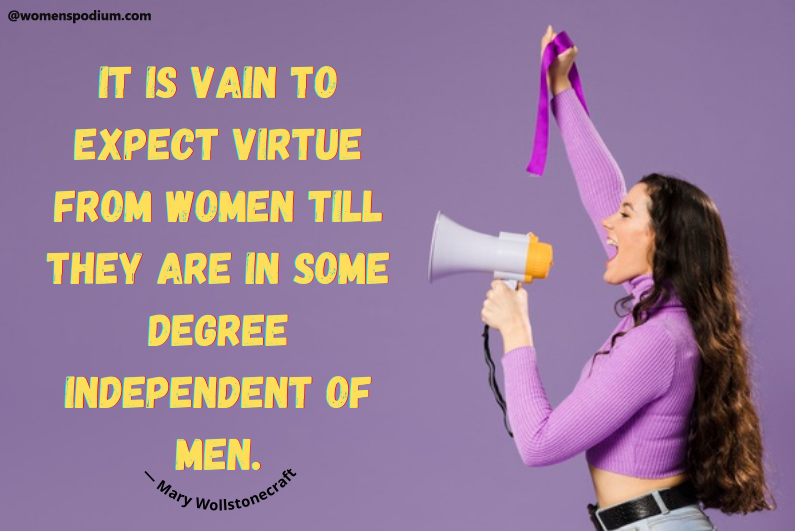 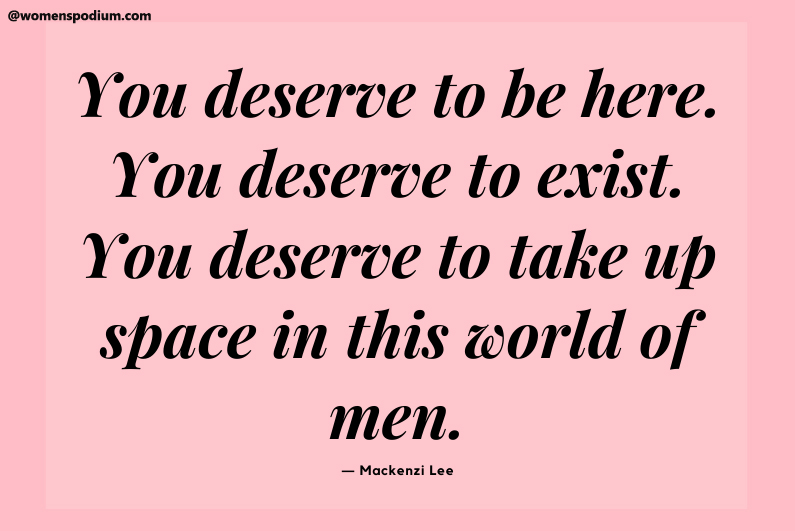 I love being single. It’s almost like being rich.

There will be no mass-based feminist movement as long as feminist ideas are understood only by a well-educated few. 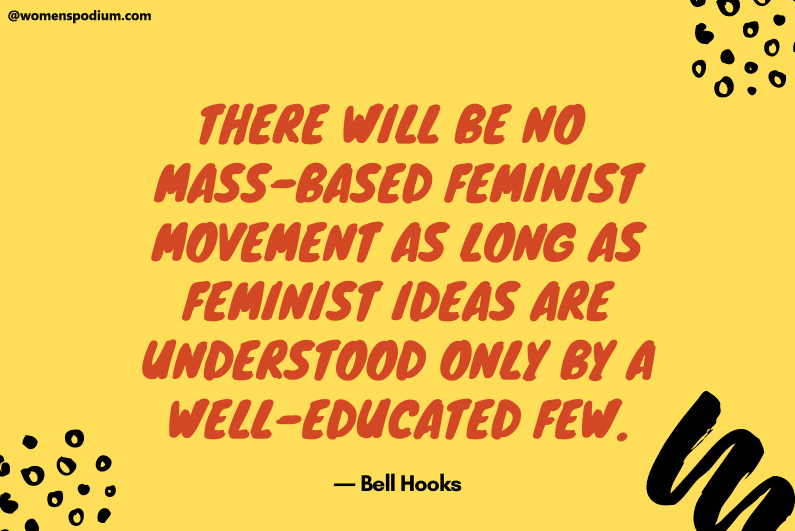 My mother told me to be a lady. And for her, that meant be your own person, be independent.

The only way for a woman, as for a man, to find herself, to know herself as a person, is by creative work of her own. 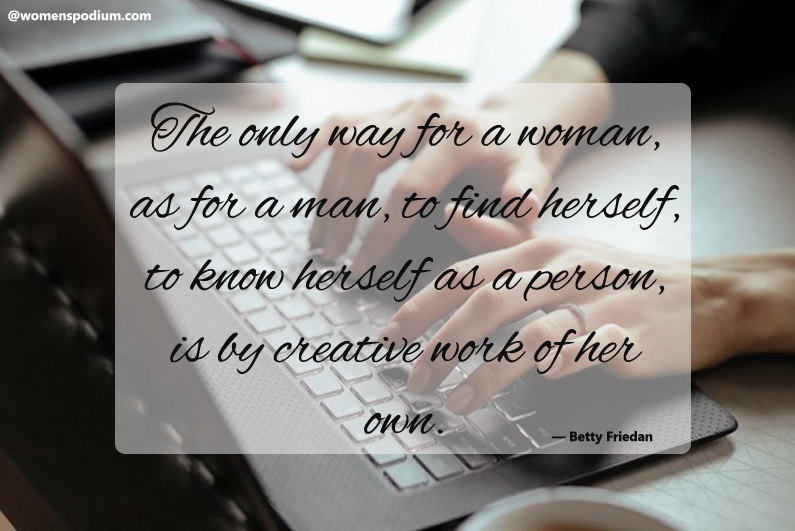 There is no such thing as a woman who doesn’t work. There is only a woman who isn’t paid for her work.

If women want rights more than they got, why don’t they just take them, and not be talking about it. 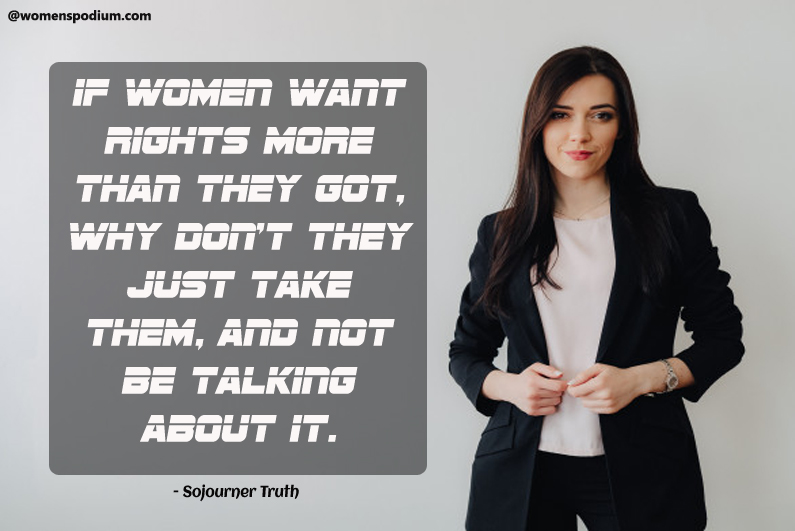 I don’t think a female running a house is a problem, a broken family. It’s perceived as one because of the notion that a head is a man.

You can have it all, just not all at the same time. 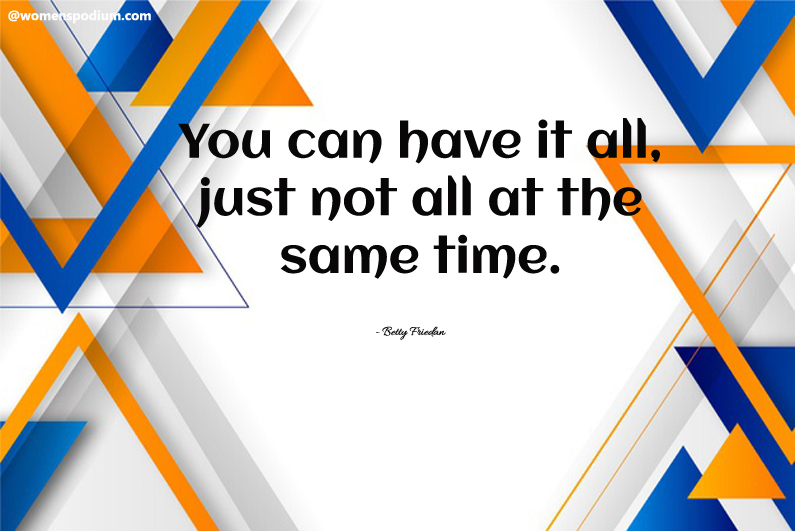 I myself have never been able to find out precisely what feminism is: I only know that people call me a feminist whenever I express sentiments that differentiate me from a doormat.

Me as a woman liking myself, is an act of social defiance! 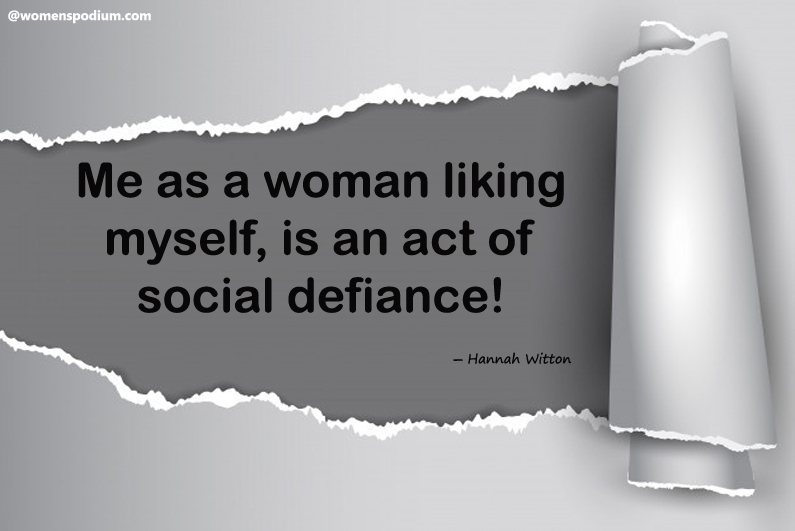