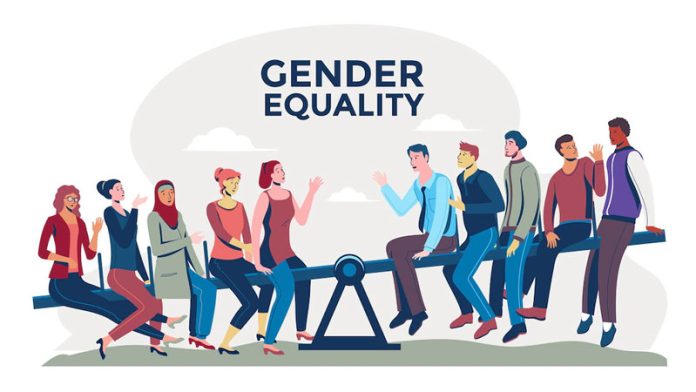 Gender inequality is a social issue. It has negative effects on all aspects of our lives. Not only is it responsible for increasing rates of violence, especially against women and children, it is also one of the major causes of the decline in economic growth. It is understood that we need to eliminate gender inequality in order to improve the quality of our lives. However, that is easier said than done. Behind these two words, is an entire history of discrimination, violence, subservience, and deprivation. Here’s a brief outlook on what gender inequality is, the main causes associated with it, and how we can tackle this in society.

What is Gender Inequality?

Gender inequality basically means that men are superior to women because of their sex. It acknowledges that men and women cannot live equally because of certain differences that are biological, psychological, and cultural. Gender determines an individual’s qualities, characteristics, capabilities, and whole life experience.
Keep in mind that gender roles are constructed by society. They have no affiliation whatsoever to a person’s biology and psychology.

Reasons for Discrimination Based on Gender

There is not a single reason for gender inequality. It is attributed to various causes such as religion, patriarchy, misogyny, male-self interest, capitalism, politics, etc. All these things have contributed to gender discrimination in various ways over the centuries.

How Can We Eliminate it?

The real concern here is why despite awareness about this issue, social protests, and governmental reforms, does gender inequality still persists. The answer is not simple. It seems that it is deeply rooted in our psyches, cultures, and traditions. But one thing is clear, gender inequality has adverse effects and needs to be eliminated. However, it is not easy to alter cultures, habits, and ideas that have been passed down to us over centuries. In order to remedy this situation, we need to start from our homes.

10 Steps Parents should take to Promote Gender Equality at home

Since a home is the smallest unit of a society, it makes sense that in order to change society, we should take the first step here. Below are some positive parenting tips that can help parents teach gender equality to their kids so that they can grow up to be a better and more aware generation.

Gender roles are ingrained in our psyches. Even if parents don’t follow them intentionally, they usually conform to them unconsciously. For example, associating blue color with boys and pink color with girls. Giving boys toys that are perceived as manly such as robots, cars, trucks, tool kits, etc. While girls are given toys that are feminine like dolls, miniature kitchen equipment, dollhouses, etc. What parents should do to promote gender equality is a fight against these gender stereotypes. Provide children with all sorts of toys, irrespective of their gender. Let them decide what they like and want to play with.

It is scientifically proven that kids learn best by example and practice. One way you can promote gender equality in the house is to share household chores. Household chores have historically been women’s duty. It is a prime example of sex discrimination. Ensuring that both males and females share the chores equally in your house, is the easiest way to promote gender equality and burst some myths about gender roles.

3. Demonstrate Equality Through your Actions

Children are impressionable. They form an idea about gender roles as early as age three by observing their parents and siblings. It is important for parents to set good examples that demonstrate gender equality. Do not let them form the notion that certain tasks are girly and some manly. Mothers can be the first driver of the family, fathers can do the dishes. Moreover, young kids see their older siblings as role models and learn by observing their behavior. So, make sure to treat the older kids equally and teach them about gender equality too.

Throughout the upbringing of your children, expose them to a diversity of role models. Do not stick to storybooks featuring a white prince and a blonde princess waiting to be rescued. Choose storybooks with characters from different races, ethnicities, and genders. The same goes for every other method you choose to teach them about life.

5. Do Not Shy Away from their Questions about Sex

Children are bound to become curious about the apparent difference between a male and a female. They might ask you why do they look different from their sibling, be it a girl or a boy. Parents usually find it awkward and shy away from answering these questions. Doing this only furthers their confusion and breeds gender inequality. Make sure to talk to them clearly and tell them that despite the apparent differences in people, all are equal and deserve the same treatment.

6. Be Careful to Avoid Sexist Language

Sometimes, parents can use language that implies sexism without knowing. Children can pick up on these words and start using them too, for example, curse words are mostly degrading to women. Be sure to avoid all kinds of sexist language, especially in front of children. Moreover, people usually tend to label a gender-neutral character who is fragile, delicate, or weak-willed as female. Children can take a cue from this as well and start thinking of females as weak. Make sure to be very careful with your choice of words when talking to young children.

7. Do not Discourage Gender Deviant Behavior in kids

People discourage behavior in children that deviates from the norm and their gender role. For example, a boy wanting to learn ballet or cooking, a girl playing with cars, and learning about technology. If you want to promote gender equality in your home, do not discourage your children. Let them find their interests and support them without any condition.

8. Set Equal Rules for Everyone in the Family

Another thing that parents do that breeds gender inequality is setting different rules for girls and boys. The curfew time for boys can be longer while a girl has to come home on time. Do not do this with your kids. Set equal rules for everyone in the family so that they don’t feel inferior and frustrated over the injustice.

9. Evaluation should be Fair

Hold your children accountable for their actions. Do not judge one based on the other’s actions. For example, do not make your son’s behavior a standard for what your daughter should be like. Do not make concessions for your daughter because she’s weak and fragile. Evaluate everyone equally. Furthermore, some parents think a successful daughter is a replacement for a son. Do not be like them. If you don’t appreciate your daughter for her efforts, she’ll grow up with low self-esteem and poor self-confidence.

10. Go an extra mile to Empower Women in the Family

Even if you provide a healthy environment for your children and teach them about gender equality, they can still pick up contradictory ideas from the outside. Elder people in the family, relatives, media, school, all can expose your children to ideas and behaviors that can make them think females are inferior. To counter this, go the extra mile to empower women in the family. Let them speak up and validate their opinions. Be a strong mom and support your daughters in whatever endeavors they want to pursue. The purpose of doing this is to prove that women can do everything men can.

Also Read: Following are the quotes about parenting to raise kids with effective parenting.