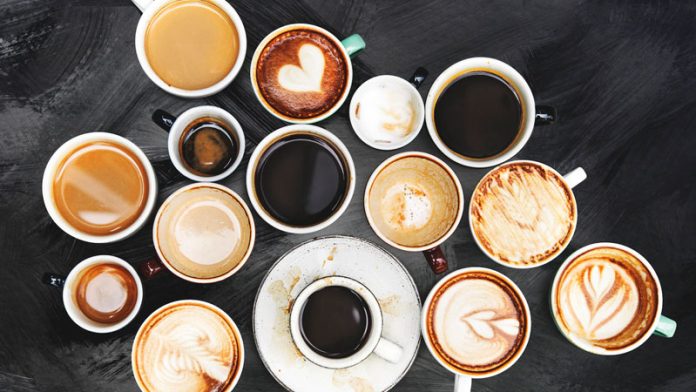 Coffee has come to become our primary source of caffeine. It now functions as our morning “pick me up”, a relaxing drink after a long day and even our strongest backer the night before a huge exam. But there are so many different types of coffee. There are various different ways in which it can be brewed and consumed, so much so that its purpose can change with every different style too. It all depends on the strength, the taste and the aroma of one good cup of coffee.

Try These 8 Types of Coffee Anytime

This coffee making method originated in the rustic country of Italy, famous for its bold flavor and high caffeine content. The process consists of forcing a small amount of boiling water through finely-ground coffee beans, thus infusing the water with a strong flavor of pure coffee. Espresso can be consumed independently, in the form of shots, but more often, it is used as a base to create other styles of coffee. Due to its high caffeine content, espresso is one of the perfect breakfast companions, to give that extra boost every day.

A latte is basically a shot of espresso with steamed milk and a touch of foam floating on top. You can also opt to include a range of different flavor shots, from vanilla to pumpkin spice. There is also an iced version that includes whole milk, a shot of espresso and crushed ice to make it the perfect summer cooler.

Also one of the many different types of coffee originating in Italy, a cappuccino is often considered just another variation of a latte. It is again, an espresso based drink, with streamed milk and quite a bit of foam. Cappuccinos are also famous for sporting different designs incorporated in the foam, with cocoa powder, cinnamon or just more finely ground coffee. Cappuccinos are also much stronger than a late, because of the “doppio” (double espresso shot), they usually contain. Variations of this drink include cream as a substitute for milk, or other flavor shots.

Black coffee is a classic American breakfast beverage. It is one of the most well-known types of coffee, consumed by millions on a daily basis. It is one of the simplest and easiest ways of making your coffee. A black coffee is essentially just ground coffee beans steeped in water and then filtered out. The drink is best enjoyed warm, along with waffles or a breakfast muffin. Although black coffee may seem like the simpleton out of the lot, it is definitely a classic; one you can never go wrong with. Besides, its original name (café noir) makes it sound much fancier than it really is.

This famous Portuguese brew, is like the Iberian relative of the Italian latte. The difference is that the galao uses twice as much of foamed milk, therefore constituting higher milk to coffee ratio. It is also sweeter, and obviously less strong. A glass of galao is admittedly, not the easiest types of coffee to find all over the world, but if you are lucky enough to, you are most definitely in for a treat. Also, it is usually served in a taller glass instead of the traditional cup. Galao is a great choice for someone with a sweet tooth and a preference for milder flavors.

Café mocha, better known as the mochaccino, is a chocolate flavored variant of the café latte. It consists of a combination of the rich flavors of great coffee and the smooth textures of chocolate to give you a drink that is pure sin city. Add on a generous mix of foamed milk and a dollop of whipped cream to top it all off, and you’ve got the perfect drink for a warm and toasty night indoors. Believe it or not, the birthplace of this coffee is credited to the city of Mocha, Yemen, a country that is currently crumbling to its very roots as we speak.

Irish coffee features a shot of steaming hot coffee, Irish whiskey, some sugar and a layer of cream floating right at the very top. It is said that this coffee was invented by an allied soldier during the Second World War, in an effort to keep his fellow comrades awake through the night, while under an attack scare by the Germans. It stuck on and gave birth to the now famous, modern day Irish coffee enjoyed by millions of people all around the world.

One of the trendiest coffees on this list, a cold brew is all the rage right now. A cold brew is really as simple as mixing coffee grounds in cold water and letting the mixture steep for anywhere around 6 to 36 hours depending on how strong you like it to be. After you strain the mixture, you are left with a coffee concentrate that can be frozen and stored up to 2 weeks. It is often mixed with water, milk or cream to dilute it and sugar is added as a sweetener. And just like that, a cold brew helps you be awake and keep cool all at once!

Coffee is great, with so many different variations there is always something for everyone. Coffee does have health benefits, however too much consumption of coffee can lead to a caffeine addiction, leading to serious long term side effects. Therefore, coffee intake should be strictly monitored and enjoyed only on an occasional basis.

Also Read: There are many ways to detox one’s body, nothing is more comfortable and joyous than eating the foods to detox your body.