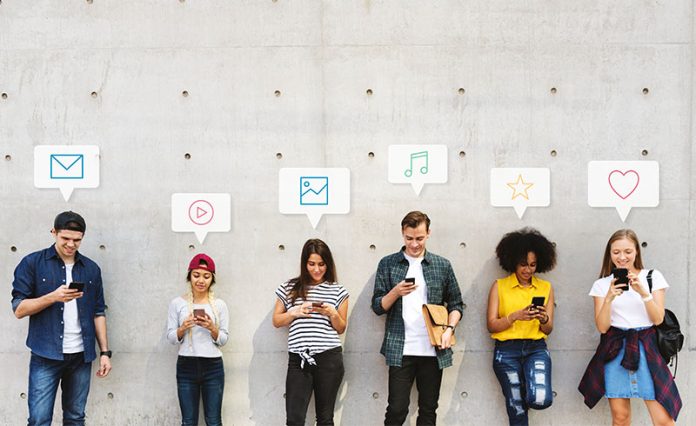 Teens and mobile phones have become the new peanut butter and jelly in today’s world. One cannot be mentioned without instantly thinking of the other. Our entire lives revolve around our mobile phones. A single device has now replaced GPS, the stereo, the cinema and even real live people. But it isn’t only teens that are addicted to this relatively new invention. All generations have been majorly influenced by the cellphone and technology era. The only difference is, today’s teens do not remember a world where mobile phones did not exist. This, of course, gives rise to serious problems, some of which are listed below.

Effects Of Mobile Phones On Teenagers

One of the major threats posed by mobile phones is the increase in stress levels in teens all around the world. Being tied to a virtual world messes with our heads. It makes them believe in things that do not matter in the real world. The number of likes on their posts, how quickly someone replies, or even the number of followers we have. Teens and mobile phones have become too closely tied together. Friends have become mere statistics for us. We begin to assign too much importance to these trivial thins, so much so that it begins to dictate our moods and feelings of self-worth. This can be awfully dangerous, because we are obsessing over things that can never truly be under our control. It is simply unnecessary anxiety, which adds to tons of stuff we already need to deal with.

Most teens almost always have their phones with them. In fact, all of us are constantly checking our pockets to make sure it’s still safe and sound. We protect it with our very lives. Our phones seem to have become an extension of our body. We begin to feel incomplete without it. Think about it. A room full of strangers will make you feel truly uncomfortable, unless you have your phone with you. Even though this seems normal, it is something to actually worry about. Giving so much value to an inanimate object will obviously be harmful in the long run. To all of those thinking they aren’t that addicted to their cellphones, ask yourself this: till what extent are you willing to go just to protect your mobile phone?

Let’s talk science. Our phones are always in our hands and our necks are bent towards them. This obviously affects body posture and may even permanently alter the shape of our bodies. The speed at which we scroll and type is only evolving the seed of our fingers, but this same speed can have a negative impact on our brains. Due to constant stimulation, our brain becomes used to the fact that it always needs to be entertained. This is one of the major reasons why most teenagers are so easily bored and have a low attention span. However, teens and mobile phones together spell no boredom. Or at least, that is what we have convinced ourselves of.

The average teenager spends about nine hours a day online. Even if 4 of those hours wasted on the internet are used for developing skills and talents, we could find the time we always complain about not having. The internet made a lot of things easier. But, it also made us complacent. Everything is just a click away. We don’t need to think of new ideas because someone around the world has already done it for us. You can just copy someone else’s work, tweak it a little and then call it your own. Life has never been simpler. But, if you really think about it, how much is this technique going to help you in the long run?

Mobile phones emit white radiation, which is a proven source of cancer. Studies are still underway to determine whether the radiation given out by phones is enough to even pass through our skins. Mobile phones might not actually give you cancer, but it might increase the chances of your tumor cells growing. Teens and mobile phones will always be found right next to each other, which mean our body is exposed to more radiation. In fact, the waves given off of phones have been proved guilty in genocide of honey bees. The white light released by phones also has a negative impact on our vision. It causes blurriness, migraines and unrequired strain on the muscles of the eye. Thus, mobile phones are not only bad for our mental health, but also affect our physical well-being.

Like most controversial topics, the exact usability of mobile phones is a widely disputed topic. The world as we know it today has shrunk so much that it can be contained on one 5.5 inch screen with a 3100 MaH battery life. It’s brought the world closer, given the world a platform to express itself and performs functions that make it indispensable. However, we need to factor in this: At what cost? What exactly are we losing to gain ease and comfort, and is it really, truly worth it?

Also Read: Teenage is the age when teenagers go through many emotional and physical changes that often make them confused, irritated, rude, stubborn and short-tempered; leaving parents with one thought — how to deal with their teenager.