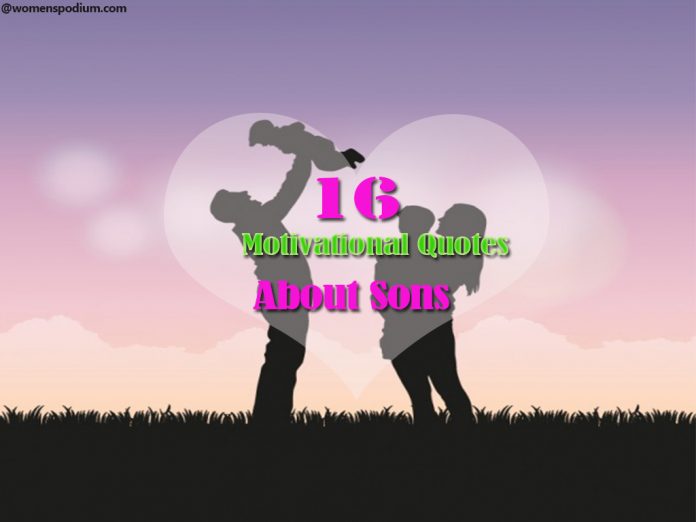 Today in our quotes section we are going to dedicate motivational quotes about sons. There hardly exists a purer love than that a mother holds for her children, be it her daughter or her son. No matter how hard life gets, a mother never leaves the side of her son, and the same holds true for the other way around. A mother’s love for her son is unconditional at its best and knows no bounds. Child-rearing practices may differ from parent to parent. However, the final outcome remains the same for all. A parent’s ultimate goal in life is to see their children growing up to be wise, successful, healthy and above all, good human beings. 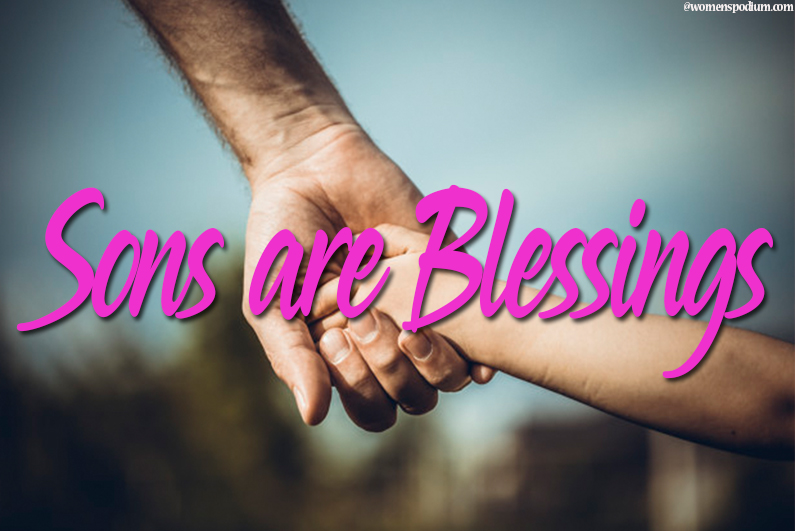 Inculcating Values is Crucial in Parenting

In a world striving towards gender equality, we should teach the future generations of men to acknowledge the privilege they hold and use it to uplift their counterparts. It falls onto us to teach them the values of empathy, selflessness, compassion and understanding. For far too long, society has believed that qualities like these are “feminine” and weaken men. However, all of these values only help them be stronger humans. Some of the greatest men have possessed and honed in on these qualities and the world has become better for it. Accepting your child the way they are is also an intrinsic part of being a parent.

Mothering a son is not an easy job, especially considering the society we exist in. People have a lot of unnecessary opinions about toxic masculinity and a great deal of effort needs to be put in to shield your son. But that’s the challenge to it, after all. And the outcome is definitely worth all of the trouble. Here are a few quotes about sons and how much they mean to their parents that we are sure you’ll love:

Let your boys test their wings. They may not be eagles, but that doesn’t mean they shouldn’t soar free. 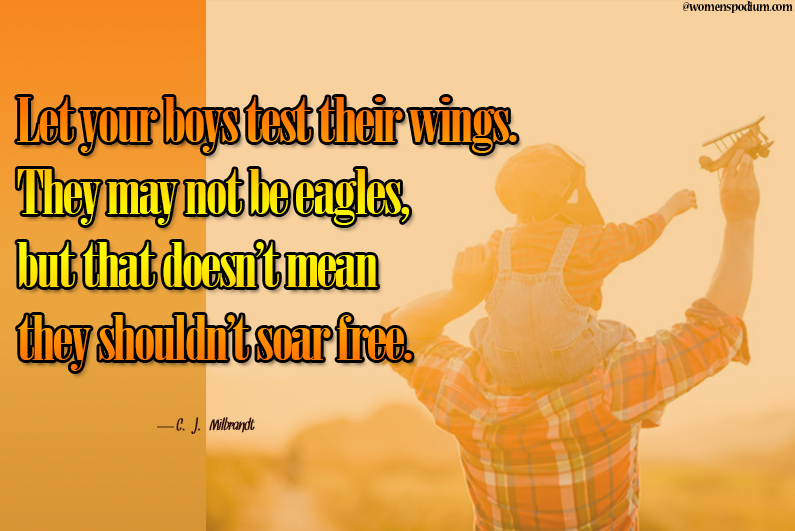 That strong mother doesn’t tell her cub, Son, stay weak so the wolves can get you. She says, Toughen up, this is reality we are living in. 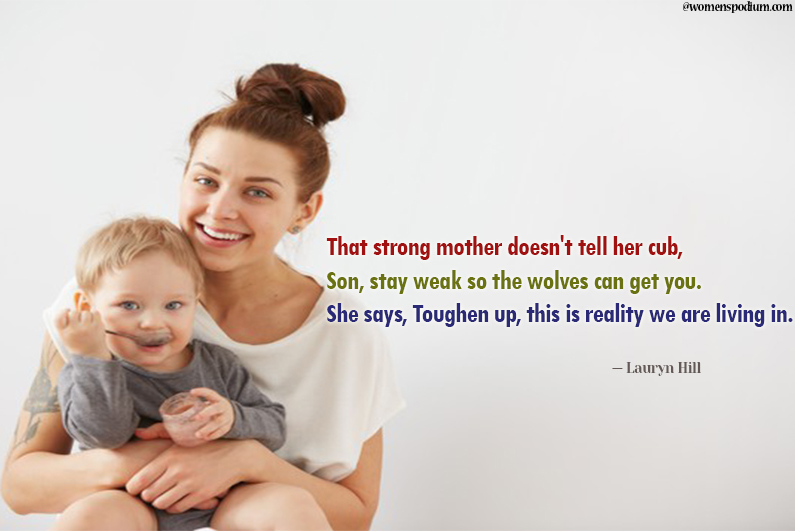 The years will rush by, and one day you will be watching your son as a man, and feeling incredibly proud that he is caring, safe, making a contribution, and hopefully going far beyond you in the scope of his life. 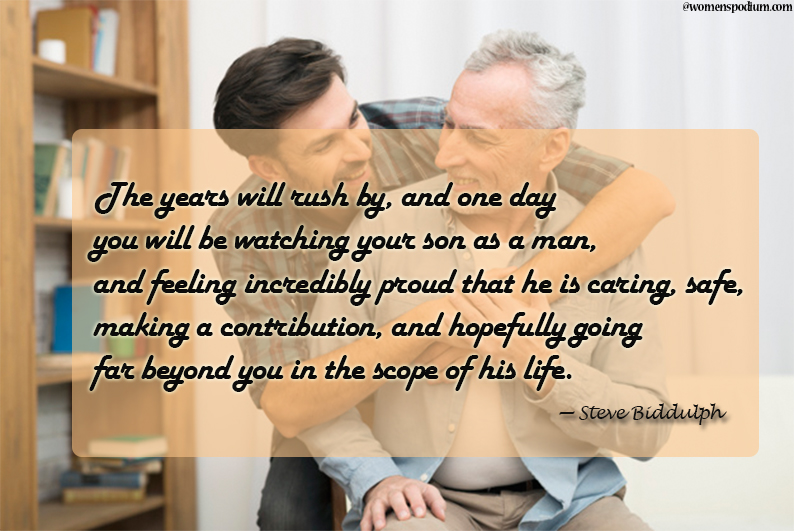 If you would have your son to walk honorably through the world, you must not attempt to clear the stones from his path, but teach him to walk firmly over them – not insist upon leading him by the hand, but let him learn to go alone. 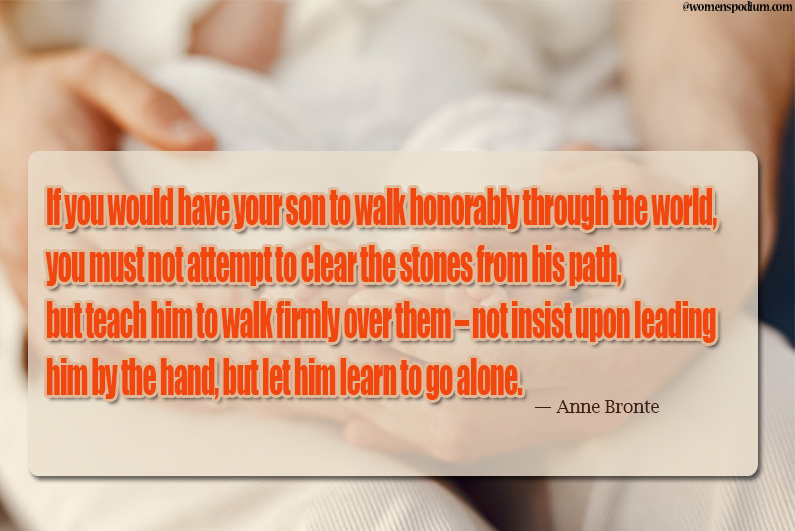 You don’t raise heroes, you raise sons. And if you treat them like sons, they’ll turn out to be heroes, even if it’s just in your own eyes. 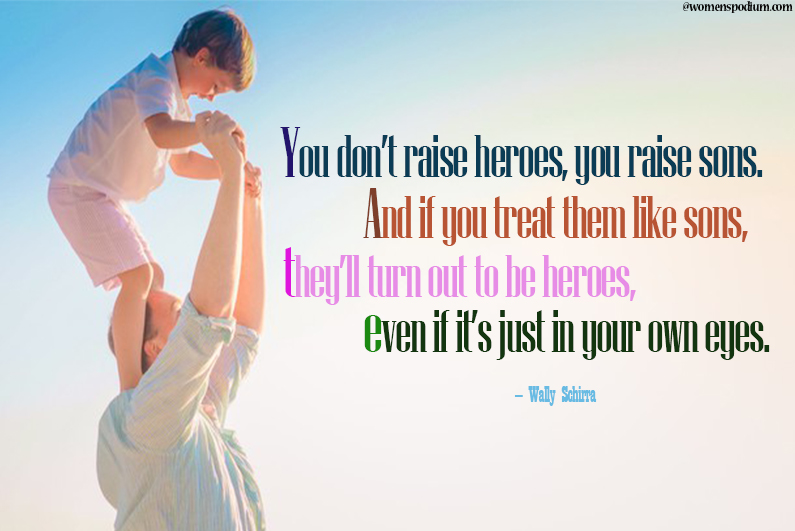 Happy is the son whose faith in his mother remains unchallenged. 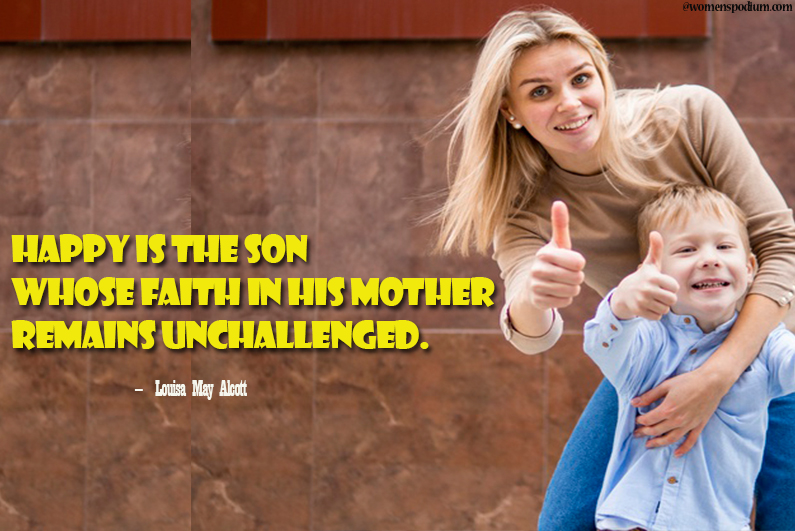 I want my son to become aware that he is in charge of the choices he makes, and it’s good to make thoughtful, good choices. 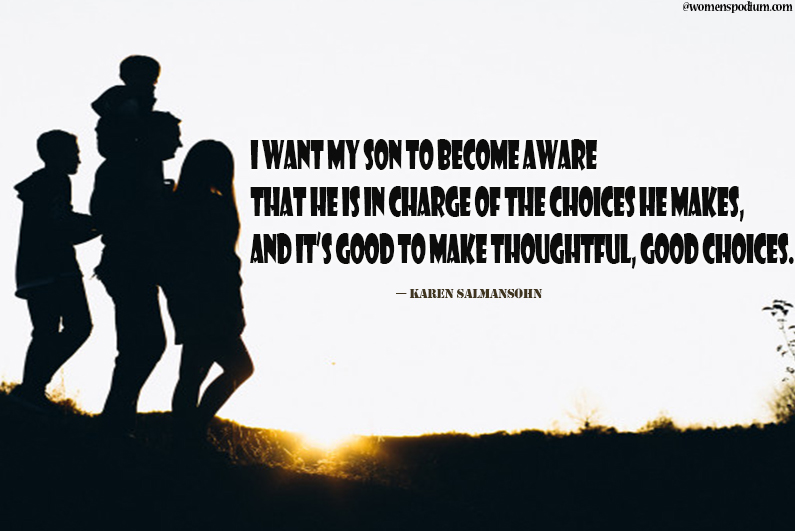 He doesn’t know you’re watching him, but in this special, reflective moment, you realize he’s growing up. I mean, really growing up. 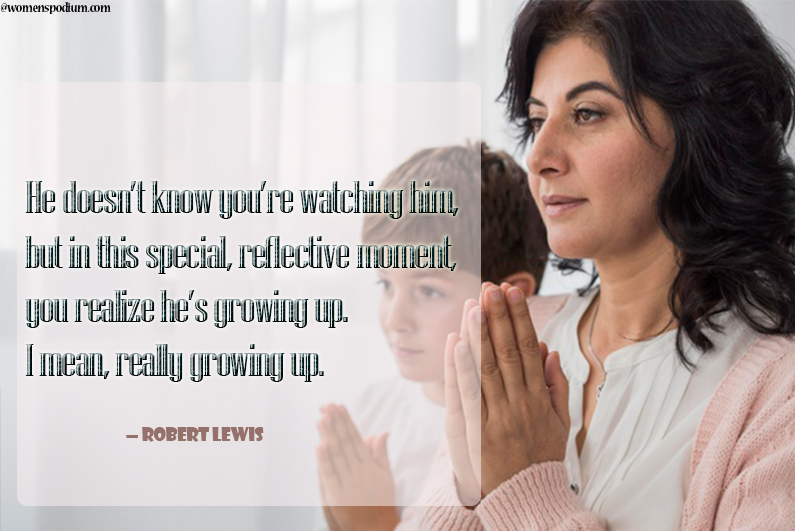 Mothers all want their sons to grow up to be president, but they don’t want them to become politicians in the process. 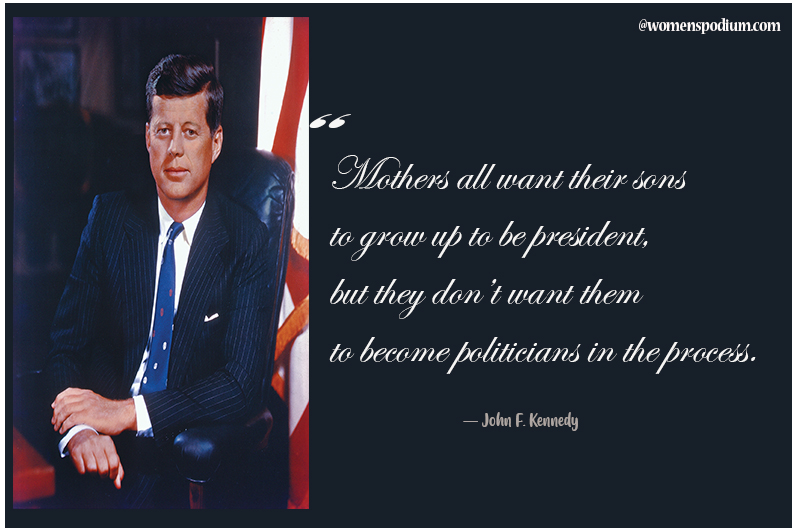 One of the greatest gifts you can give your teenage boy is the gift of letting him know you get it. You’ve been there. 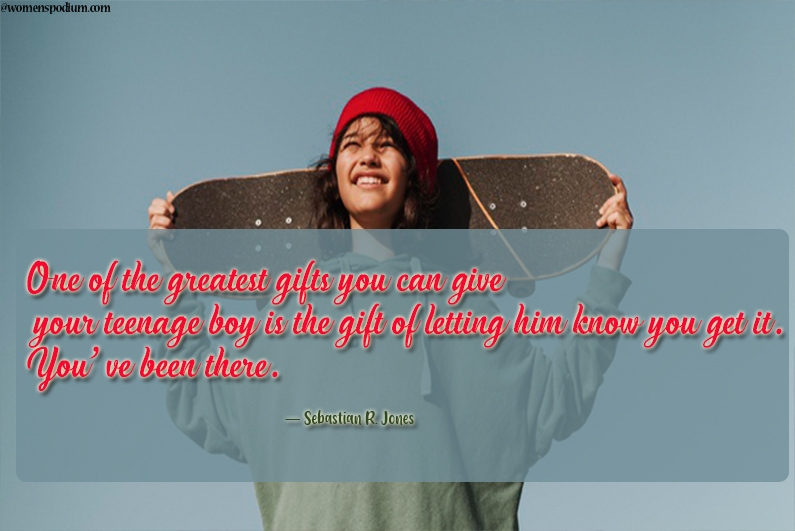 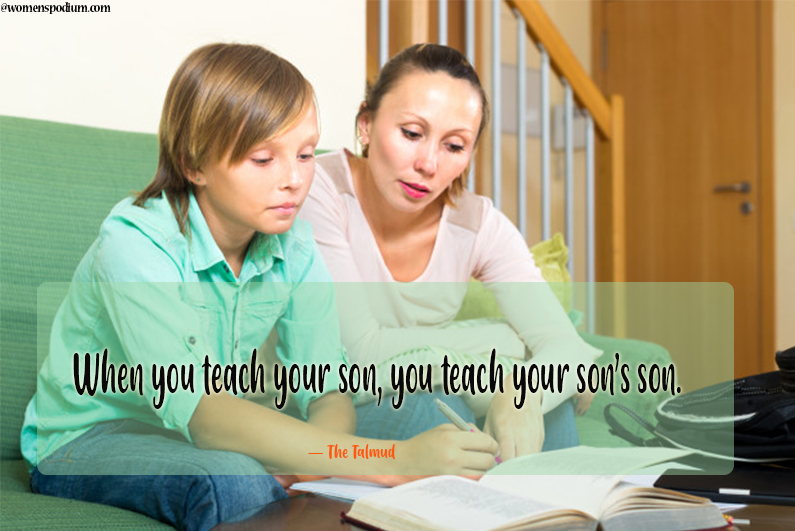 I want my son to have a choice to contribute fully in the workforce or at home. 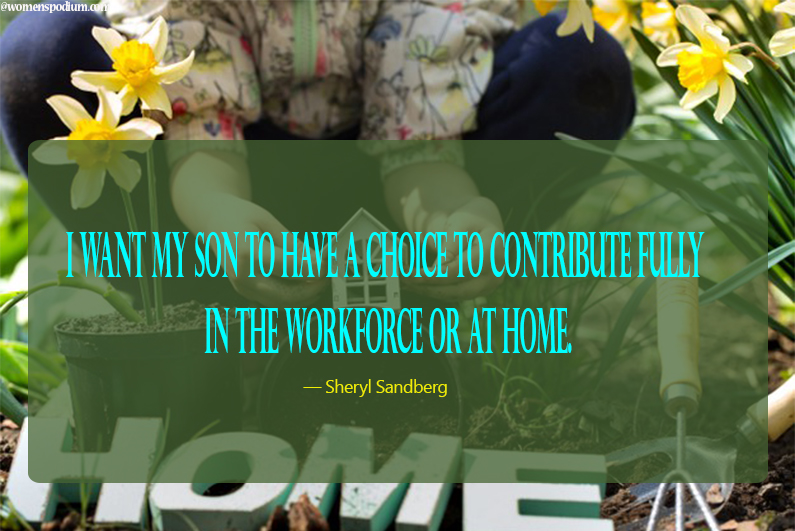 As the mother of a son, I do not accept that alienation from me is necessary for his discovery of himself. As a woman, I will not cooperate in demeaning womanly things so that he can be proud to be a man. I like to think the women in my son’s future are counting on me. 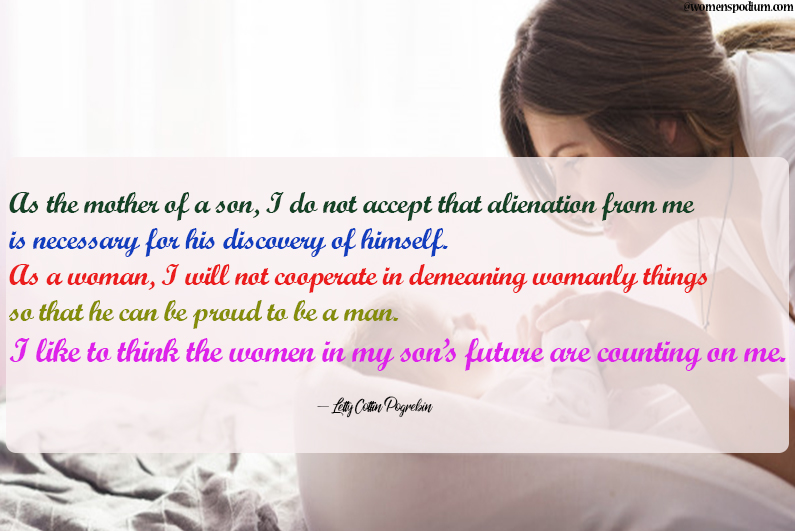 With sons and fathers, there’s an inexplicable connection and imprint that your father leaves on you. 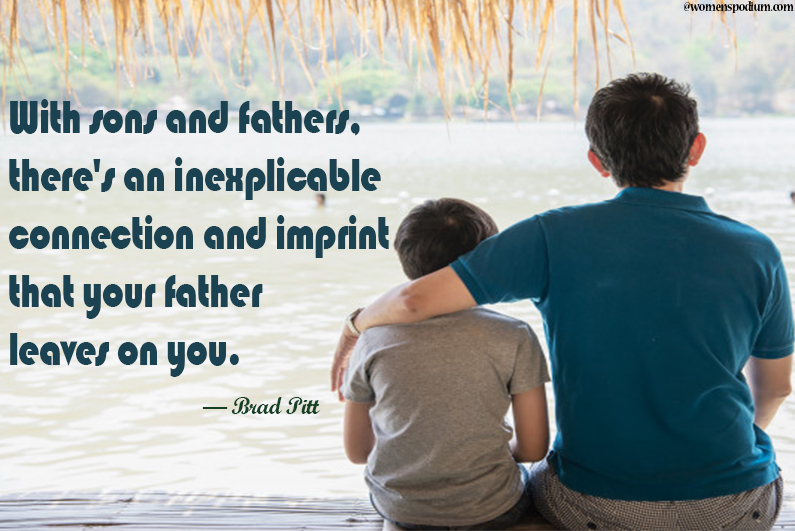 Be careful to leave your sons well instructed rather than rich, for the hopes of the instructed are better than the wealth of the ignorant. 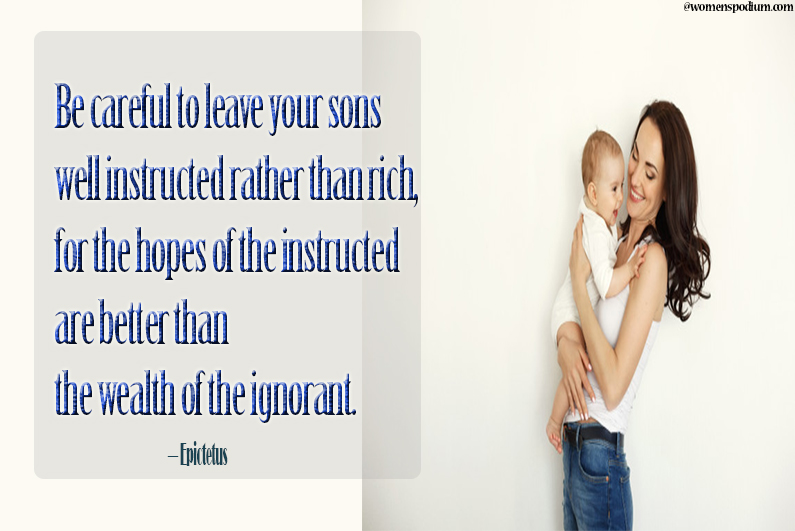 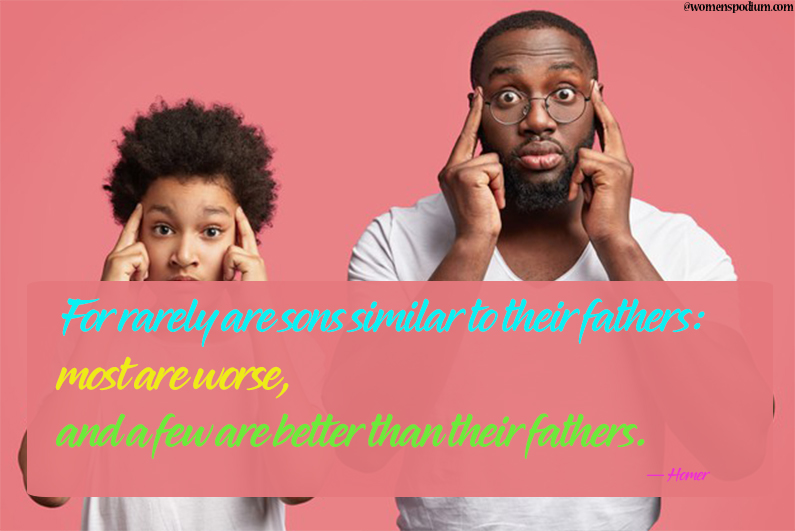