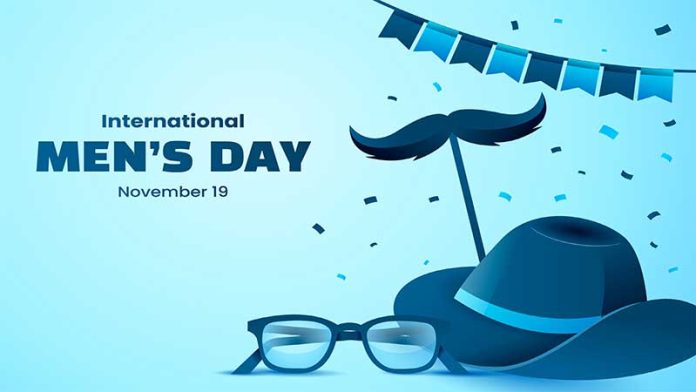 Wish men around you with some motivational Men’s Day quotes. November 19th every year is celebrated as International Men’s Day, to bring emphasis on gender equality and non-discrimination based on gender differences. It encourages us to talk about men’s physical and mental health issues. We typically celebrate this day by appreciating men for their contributions to society in various fields like education, science and technology, theatre or cinema, arts, philosophy, and many more. In the present media structure, men have entered a harsh light, with negative attributes associated with them. This day serves as a reminder that men aren’t all bad and that women empowerment does not indicate the weakening of men, but rather a platform of equality for all genders.

With more and more awareness about issues faced by men, topics like body dysmorphia (preoccupation with certain bodily aspects which heavily influences self-esteem and their happiness factor), depression and anxiety in men, and the overall mental health issues with men have come to the forefront. Women and men alike are uniting for each other, and promising to have each other’s back. It’s a beautiful situation, with all genders rising up to defend the other and finally realizing that there is strength in numbers.

So, this International Men’s Day, make sure you wish the men present in your life, be it your fathers, brothers, cousins, friends, or even partners, who make it the way it is. Let them know how much of a positive impact they have had on you and how much you appreciate their presence in your life with these quotes:

A man does what he must – in spite of personal consequences, in spite of obstacles and dangers and pressures – and that is the basis of all human morality.

The difference between a great man and a little man is their commitment to integrity and hard work.

A good man would prefer to be defeated than to defeat injustice by evil means.

The most important lesson that man can learn from life, is not that there is a pain in this world, but that it is possible for him to transmute it into joy.

A man must at times be hard as nails: willing to face up to the truth about himself…But he must also be tender. No weapon will breach the armor of a woman’s resentment like tenderness.

The real man smiles in trouble, gathers strength from distress, and grows brave by reflection.

The greatness of a man is not in how much wealth he acquires, but in his integrity and his ability to affect those around him positively.

A man’s character may be learned from the adjectives which he habitually uses in conversation.

A smart man only believes half of what he hears, a wise man knows which half.

Every year on November 19, we celebrate and honor the men around us for their contribution to society for their cultural, political, and socioeconomic achievements. The day also marks the positive significance men bring to the world, their families and communities. The celebration of men’s day motivates them to become the best men and role models for everyone who looks up to them. Men’s day was started in February 1992 by Thomas Oaster; however, Dr Jerome Teelucksingh, a history lecturer at the University of the West Indies in Trinidad and Tobago, founded the International Men’s Day project on November 19, 1999. Since then, we have celebrated this day to show our love to the men around us.

I learned that courage was not the absence of fear, but the triumph over it. The brave man is not he who does not feel afraid, but he who conquers that fear.

Waste no more time arguing about what a good man should be. Be one.

Man becomes great exactly in the degree in which he works for the welfare of his fellow-men.

Men must know their limitations.

Every man is a volume if you know how to read him.

The truth is found when men are free to pursue it.

Nothing great will ever be achieved without great men, and men are great only if they are determined to be so.

There are only two forces that unite men – fear and interest.

One man that has a mind and knows it can always beat ten men who haven’t and don’t.

Men are born to succeed, not to fail.

The actions of men are the best interpreters of their thoughts.

“International Men’s Day is an opportunity for people everywhere of goodwill to appreciate and celebrate the men in their lives and the contribution they make to society for the greater good of all.” — Internationalmensday.com

This year, as per Internationalmensday.com, the theme for men’s day 2022 is ‘Helping Men and Boys’ advocating men’s overall health and well-being, some human rights issues which affect men too. It also inspires men to teach the boys in their lives the values, character and responsibilities of being a man. Indeed men are strong and are supposed to be strong, but they also need support from society and family to lead and live. The above-shared men’s day quotes show us how men around us are and are human beings too. Let’s show respect to the men around us by playing a positive role.

Also Read: These awesome and fun father’s day gifts ideas that are sure to plaster a gargantuan smile on their faces.