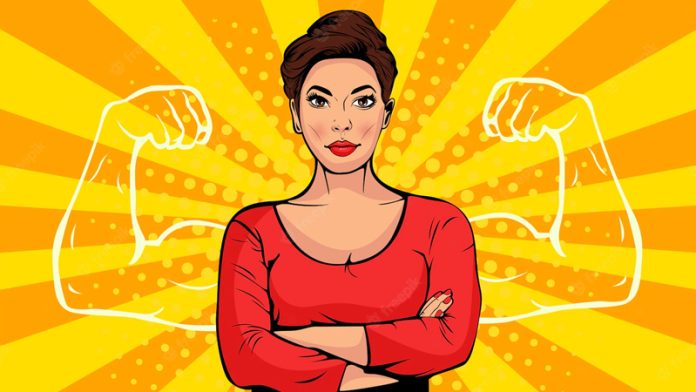 Many people think that power is granted to them by some other person, while others believe that power solely comes from the inside out. The two ideas are different. The outside power is the title or position anyone holds, which is temporary. While inside power is the real power that defines an individual. Real power is uniqueness and influence, it is present in clarity, and shines through confidence. The quotes about power are a great way to understand these different versions of power.

Once an individual chooses to become powerful, and positive, everyone around him does as well. Moreover, positive moods and emotions enhance the problem-solving ability of a person, increase confidence in decision making, and make him able to find creative solutions. We can say that your positive mood and inner power encourage other people to do well around you.

The “4 Cs” Of Becoming Mentally Powerful

Before reading quotes about power, you should know how to find the power within yourself. Adopt these simple ways to start changing yourself.

First, you have to take a control of your life, make every decision count, and accept every outcome of your decision as well. Then control your emotions, express fewer emotions, and don’t get influenced by other people’s emotions as well.

When you make your decisions, take leadership roles, and fulfill them, you start to feel confident in yourself. When you feel like you influence other people, that is when your confidence is at the right point. You will become powerful and influential.

Commitment is the most attractive quality of an individual. You will have a contagious power and influence on other people when you are committed to your work. People see through your passion and you appear to be a mentally strong individual.

Last but not least, you can only be a better and more powerful version of yourself when you challenge yourself and come out of your comfort zone. These quotes about power will do the same for you. As time goes by, you will unleash the power that no one else knew you had in you.

Quotes About Power That Encourage You Towards Success

You know yourself the best. If you want to find a way to change yourself, here are some powerful quotes about power, that provoke you to find power in yourself.

Mastering others is strength. Mastering yourself is true power.

Power is given only to those who dare to lower themselves and pick it up. Only one thing matters, one thing; to be able to dare!

Personality has power to uplift, power to depress, power to curse, and power to bless.

If you realized how powerful your thoughts are, you would never think a negative thought.

Never allow a person to tell you no who doesn’t have the power to say yes.

Silence is the ultimate weapon of power.

Most people can bear adversity; but if you wish to know what a man really is give him power.

Power is the great aphrodisiac.

Most powerful is he who has himself in his own power.

Will power is to the mind like a strong blind man who carries on his shoulders a lame man who can see.

Man’s greatness lies in his power of thought.

Power is no blessing in itself, except when it is used to protect the innocent.

Power is the most persuasive rhetoric.

The way to have power is to take it.

Power and position often make a man trifle with the truth.

The only power you have is the word no.

Immense power is acquired by assuring yourself in your secret reveries that you were born to control affairs.

No matter what has happened, you too have the power to enjoy yourself.

The measure of a man is what he does with power.

He who has great power should use it lightly.

Will power is only the tensile strength of one’s own disposition. One cannot increase it by a single ounce.

There is no power on earth that can neutralize the influence of a high, simple and useful life.

To grow successful in this world, one needs to be strong both in mind and personality. The more powerful you think you are, the more opportunities you avail yourself of and become successful. The above quotes about power are a perfect depiction of how you should think about getting strong in mind and appearance. That is because, such people are resilient, clear, and strong-willed, which gives them the strength to continue their path to becoming successful.

Also Read: If you want to improve your health, strength training and power exercises at home should be your topmost priority. Here are some benefits of power exercises.