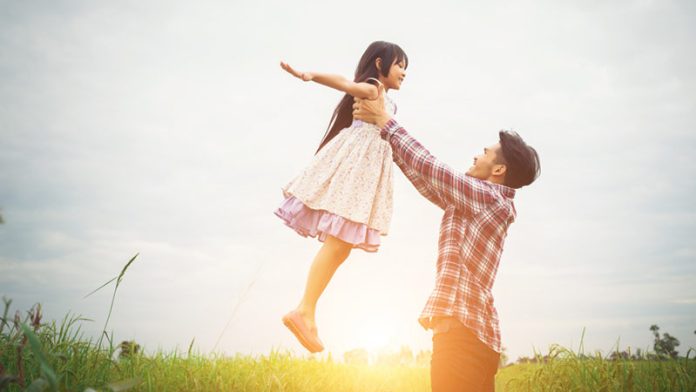 Every dad, if he takes time out of his busy life to reflect upon his fatherhood, can learn ways to become an even better dad.

We often think of men’s role as a bread earner and primary financial supporter for the family. And when it comes to the father’s duty, it is somewhat stamped on them to look after every single need of the family. They tend to strive to provide everything for their family and fulfil the financial requirement. And in doing so, they themselves come to think that their only job is to earn. According to the U.S. Census Bureau, 18.3 million children, 1 in 4, live without a biological, step, or adoptive father in the home. Whereas the other way around even having a father throughout their upbringing, some children miss the father-child bonding due to unknown and unintentional reasons or ignorance.

Role of Both Parents is Must!

A happy family means the true involvement of parents with their children. The role of both father and mother is different, so is the bond between them. Nowadays, both parents are working; still, we see mothers share a greater bond with their children than their father. Ideally, this doesn’t seem right when your children’s upbringing involved; the basics of parenting are knowing your child and trying to cultivate a strong bond with your children. Here in this article, I will discuss ten reasons for spelling out the importance of father-child bonding.

Why Is Father-Child Bonding Important?

The role of a father is as important as that of a mother. And to ascertain that, read on these ten factors showing the importance of father involvement with children. You’ll know that the father-child bond is crucial because:

1. Fathers Can Shape Their Kid’s Self Esteem

My father didn’t tell me how to live. He lived and let me watch him do it.

Fathers are an emotional refuge to most sons and daughters, which makes them crucial for their kids’ psychological development. When kids become fatherless despite having a father at home, they are affected negatively. A loving and affectionate dad nurtures his kids with strong sense of self-acknowledgement and developed confidence in their abilities.

Every father should remember one day his son will follow his example, not his advice.

Children are quite observant of what elders do. The actions, words, and deeds of their parents can have tremendous psychological impacts on how they behave in general. Negligent fathers can push their kids onto the path of violence, aggressiveness, or treachery. Therefore, father-child bonding is significantly important in inculcating strong moral values in kids.

3. They Have Impact on Their Kid’s Social Traits

The quality of a father can be seen in the goals, dreams and aspirations he sets not only for himself, but for his family.

The individuals who are better adjusted to society have excellent communication skills and know-how to handle people. Having a father, who communicates with their kids well, can teach them the art of dealing with people. Father-child bonding plays a heavy role in the kid’s social interaction and their ability to express their feelings, present their ideas, and put forth their opinions.

Also Read: Father is that one person for a child who help him learn new skills and teach him the survival skill activities to thrive better in this world.

4. Can Help Them Have Persistence in Life

Words have an awesome impact. The impression made by a father’s voice can set in motion an entire trend of life.

There is a specific fathering style that influences and enhances the development of persistence in growing kids. This magical style, called “authoritative parenting,” regards the presence of love and warmth in parenthood followed by the accountability of rules and responsibilities. This encourages the kids to express openly and have persistence in following the rules in every field of life.

5. Fathers Are the Ultimate Role Models

Children need models rather than critics.

As I have mentioned earlier, kids learn from their elders. And parents are their all-time teachers, which makes them role models for their kids whether they want it or not. The kids who experience healthy father-child bonding have the privilege to exhibit better social and moral values. Every deed of kids reflects how much of a strong and healthy bond they have with their fathers.

6. Are Important for Emotional Development

My father gave me the greatest gift anyone could give another person, he believed in me.

Just as mothers, fathers are pillars in their child’s emotional development and well-being. Children look up to their fathers for the provision of feelings of security. Healthy father-child bonding promotes self-growth, self-confidence, and mental stability. Recent studies mentioned that it also greatly influences a child’s social and cognitive abilities, especially during their growing years.

7. Their Love Impacts the Academic Abilities

One father is more than a hundred schoolmasters.

The outcomes of healthy father-child bonding, including strong self-esteem, excellent persistence, and better mental health, emphasized that the overall performance of a child is greatly influenced by it. Thus, their ability to think, reason, and perform better academically, increases tremendously compared to those who don’t have a strong relationship with their parents, specifically their fathers.

Dads are most ordinary men turned by love into heroes, adventurers, story-tellers, and singers of song.

A father performs the role of a leader in the family or household. When kids have the best relationship with their fathers, they can talk through social issues and get advice from their fathers. And if fathers handle things correctly, they can polish leadership qualities in their kids. Daughters learn a lot from their fathers regarding how to have an influential personality in society.

9. The Bond Defines the Value of Respect

To her, the name of father was another name for love.

Fathers, who care about their spouse and are verbally or physically non-abusive, unknowingly teach their kids to be gentlemen of the society. Such kids experience a sense of fulfilment and are grateful. Their father’s behaviour builds the foundation of respect, gratitude, generosity. This trait defines the value of respect for them that they should provide to others and ultimately receive what they deserve.

10. Can Acknowledge the True Meaning of Family

The quality of a father can be seen in the goals, dreams, and aspirations he sets not only for himself, but for his family.

When a father has a strong bond with kids, they are accustomed to their father’s presence in their lives. They understand the true meaning of family is to have a loving father. A father who cares to fulfil his child’s basic needs, and takes out quality time to be with them despite his busy schedule, share a great bond with their children. Such kids are grateful for their fathers and feel complete.

5 Ways Dads Can Involve and Connect with Their Kids

Often dads go overboard into thinking that they have to do something outstanding to connect with their kids. But actually, it’s an hour or two of your time that makes the kid’s day pleasant. Here are five ways dads can connect with kids.

Being a financial supporter is far easier chore to do than being a parent. Society has tremendously suffered from the failures of men who have surrendered their roles as fathers, husbands, and leaders. Thus, the upbringing of a whole society is influenced by how well parents teach their kids together. And I would like to end this article with this beautiful father-child quote:

He adopted a role called being a father so that his child would have something mythical and infinitely important: a protector.

Also Read: Father daughter bond is always special for the daughters because a daughter thinks of her father are role model and ideal figure.