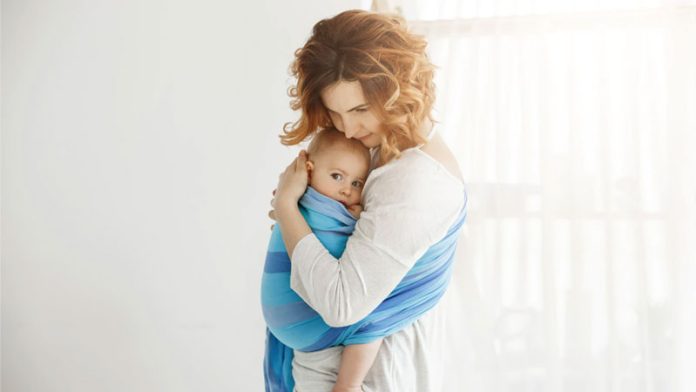 “Show me a perfect mother and I will show you a leprechaun riding a unicorn, over a double rainbow, with a fairy holding a pot of gold at the end of it”

Motherhood is one of the most natural and beautiful things of life that a woman can experience. However, during this life-changing experience, a woman is frequently subjected to unwarranted criticism and constant judgment from strangers, friends, relatives, or other mom friends. Mostly because everyone tries to fit her in their own idealized picture of motherhood. The stereotypical concept of the “ideal mother” goes back to the 19th century and continues to exist in today’s society, albeit with a modified version.

What Is Mom Shaming?

It is basically an act of shaming and degrading a mother for the parental choices she makes, mostly by people who disagree with her parenting style. Mom shaming can be disguised in the form of unsolicited advice delivered in a sweet tone or a rude comment made solely to denigrate a mother.

Regular criticism on simple daily life choices you make for your child, being labeled as a ‘not a good enough mother for giving your infant formula milk, or mom on mom shaming in the WhatsApp groups, are all classical choices of mom shaming.

Effect Of Mom Shaming On A Mother

Whether intentional or not, it can take a toll on a mom’s mental health especially when she is already going through the emotional and physical challenges of motherhood.

For a first-time mother, who is still learning about motherhood, negative criticism and mean comments can be quite discouraging.

Sometimes it becomes difficult to identify mom shaming since it can come from your loved ones, including your own mother or a stranger who apparently has no grudge against you to mom shame you out of nowhere.

To address mom shaming and protect your mental health as a mother, it is first necessary to know how mom shaming can manifest itself.

There are numerous ways a mom can be shamed into believing that she isn’t being a good enough mother and some of them are discussed here.

1. Judging Her Mode Of Delivery

Yes, it begins as early as that. A mother is bullied for choosing a C-section surgery over natural birth. Her decision could be based on medical or personal reasons or it could not have been her decision at all given that the C section is her only option due to baby’s position or previous gynecological history. She is made to feel as if she has failed at the first step of motherhood because it appears to others as if she has chosen an easy route.

2. Gauging Her Love Based On The Feed She Provides

Studies show, 12-15 % of mothers may unable to breastfeed because of ‘disrupted lactation’ which occurs when the mother’s body does not produce enough milk to meet the baby’s feed demand. This and other multiple reasons may stymie a mother’s effort of trying to feed her baby naturally, forcing her to resort to formula milk. However, comments like ” Perhaps you gave up on breastfeeding too soon. ” Or ” Did you try hard enough to breastfeed the baby?” make the new mom feel as if she isn’t doing her best as a mother.

3. Guilt Tripping Her For Being Verbal About Postpartum Depression

In the first year after giving birth, one in every seven women may experience postpartum depression. During that, a woman experiences strong feelings of sadness, anxiety, and tiredness. This mental illness is assumed by people as an unwillingness to be a mother. This mom shaming behavior can be detrimental to both, the baby and the mother. In order to avoid mom shaming, a mother suppresses her emotions, which has a negative impact on her mental health. This, in turn, limits her ability to care for the child.

4. Raising Questions On Her Baby’s Milestones

This type of mom shaming is frequently perpetrated by other moms. If your child hasn’t reached a milestone according to their timeline, they feel obliged to express their concerns about it. It may come down to mom shaming that how being a mother you aren’t somehow putting enough effort into that.

5. Commenting On Her Physical Appearance

You can’t win this one at all because if you lose your weight quickly right after delivery then it is interpreted as ” she isn’t giving enough thought to breastfeeding” and If you don’t then it is like ” why doesn’t she think of her fitness and well being?”. A mother’s body goes through a phenomenal and huge experience of bringing a human into the world and making comments on her physical appearance is insensitive and unhelpful.

6. Criticizing Her On How She Chooses To Parent Her Child

This one is the all-time favorite way of mom-shamers and they don’t pass a chance to spew pearls of their motherhood wisdom.

Sometimes it stems from a true desire to help a new mom in learning something she is struggling with, and other times it may come from a place of having a sense of superiority. It can be about anything including, not having a strict sleep schedule for the baby, giving an organic teether, or raising your baby in a gender neutral way. It becomes mom shaming when the shamer believes that he or she knows better how to parent the child than the parents themselves.

7. Questioning Her Choices Of Being A Working Or Stay At Home Mother

Both types of questions is posed by shamers in this regard. If you are a working mom, it may go like “Doesn’t your baby get neglected with you spending half your day away from him?” Or if you choose to devote all your time to your child, then” Are you not able to manage job and child together ?”

How To Deal With Mom Shaming

Recognizing mom shaming saves you from unnecessary guilt but how can you protect yourself from the pain that comes with it? To tackle mom shaming, Adopt some strategies from the following list.

1. Take Note Of Where It Is Coming From

If she is that one mom in the group who judges every other mom’s motherhood or an Aunt who feels entitled to comment on everyone in the family, try not to think about it too much. This kind of criticizing behavior stems from the shamer’s own insecurities and complexes. Remember to remind yourself, that this behavior is centered around shamer’s experiences and speaks nothing about your motherhood.

2. Ignore it if It Comes From A Stranger

If a stranger’s mom or an elderly person shames you at a grocery store or in a park, it is best to ignore their remarks entirely. Know in your heart that they don’t know anything about you, not even your name. And no sound judgment can be made about someone based on such a brief interaction.

3. Address The Offense If it Is Frequent

If the shame comes repeatedly from someone, it is better to address it firmly but in a kind way. It may be that the next person is unaware that their actions are causing you distress. Convey to them in a polite manner that you will seek their advice yourself, where you may feel it is needed.

It hurts even more if you imagine yourself being targeted in situations where you could actually benefit from some help. Cut yourself some slack for not being an epitome of perfection in motherhood and look at the situation from an unbiased point of view. It might not always be criticism and just brand new information for you as a mother. So if there is a genuine perspective to what you are being told, take it as useful advice.

5. Talk About It With A Wise Mom Friend

Sometimes it may be difficult to let go of a vexing remark and your mind may obsess over it. In that case, it is a good idea to discuss your situation with another mom friend who can help you get it off your mind.

6. Believe In yourself As a Mother

Most importantly, remind yourself on a regular basis that you are doing your best job being a mother, that your motherhood is unique, and that it doesn’t require approval from anyone else.

Remember this saying from Chrissy Teigen

“There is so much that goes into being a parent, and there’s so many people that love to decide for you what’s best. [But] there is no perfect way to do something. There’s a million different ways to raise a child and that’s fine.”

Also Read: Within the chaos of a house of kids, you can still streamline your life and find happiness and peace. Here are some steps to organize your life as a mother.