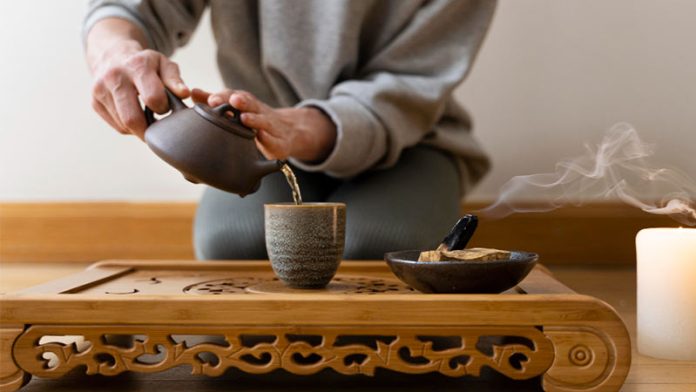 Green tea is the most widely consumed drink in the world after water. In many Asian families, green tea serves a staple in the diets as it is an integrated part of Chinese and Japanese cultures. In China, green tea is the most popular drink, and one can find a large number of green tea’s varieties in China. Benefits of green tea, it’s subtle taste and rich aroma are reasons of it’s popularity. Usually, Japanese Green tea is steam-dried while Chinese green tea is oven-dried, and that is the basic difference between these two. In China, the areas near the border of the Zhejiang and Fujian provinces are quite popular for their green tea production. While in Japan, the Uji region produces the best green tea.

Studies and Researches on the Health Benefits of Green Tea

Many scientific studies already vouch for the benefits of green tea. Two major studies, conducted in China show excellent results regarding the good effects of green tea on human health. The only negative side effect the researchers found was that it could cause sleepiness as it had a sufficient amount of caffeine in it. Green tea is rich in many vitamins and minerals; it is also known for its high concentration of polyphenols that are the chemicals which serve as influential antioxidants against the ageing process. Thiamine that is also found in Green tea is quite well-known for its tranquillizing effect on the brain. This is the factor that makes green tea a better option than coffee.

A study started in 1994 in northeastern Japan (where green tea is widely used), included 40,530 adults aged 40 to 79 years. The results of the study showed that green tea could prove very handy for weight loss and also very useful for the skin. The amount of caffeine is not as high in green tea as in coffee or black tea. It has low caffeine, high in Vitamin C and other antioxidants; it is unfermented and well-known for its anti-cancer and anti-diabetes properties. With its rich taste and spellbinding aroma, green tea serves as the perfect addition to any diet.

Green Tea and its Health Benefits

Green tea offers you health as well as taste, and you can avoid yourself to be the victim of many diseases if you make green tea an essential part of your diet. These are some very reasons or to be more exact facts that make Green tea the world’s most popular drink following water. Chinese have been using to use green tea from many centuries. They have been using it to treat headaches, depression, and many other diseases. Scientists all around the world have been researching the benefits of green tea for a long time. And the research shows strong evidence of the health benefits of drinking green tea. According to some studies, green tea can do magical wonders to our immune system.

According to the study on epidemiology by the National Cancer Institute found that drinking green tea reduced the risk of esophageal cancer in Chinese men and women by nearly sixty per cent.

Another study conducted by the University of Purdue concluded that the compounds present in green tea inhibit the growth of cancer cells. The research also indicates that drinking tea lowers total cholesterol level.

Good for Fat Watchers – Green Tea can do Wonders

Green tea consists of a significant component called ‘Catechins’ which has various physiological effects. And the good news is that the study also indicates that the presence of Catechins helps in fat reduction in humans. These substances have anti-inflammatory and anti-cancer properties. The catechin contents in green tea may vary depending on the amount of green tea used and the steeping time. The best methods to get the most out of drinking tea are:

The studies showed that green tea protects the skin from sun damage. It does not block the UV rays of the sun but protects from quenching the free radicals and reduce the inflammation to a large extent. The antioxidant and anti-inflammatory properties of green tea are also likely to slow down the process of ageing. Traditionally the companies were using chemical antioxidants or vitamin A, C or E as preservatives for their products. As green tea has many antioxidants and anti-inflammatory properties – many beauty product companies use it in their products.

Green tea can even help to prevent tooth decay and other malformations of teeth. It inhibits bacteria that cause cavities in teeth. It is rich in fluoride, which is essential for a healthy tooth. A smile is precious to everyone…So start drinking green tea to have an everlasting bright and beautiful smile 🙂

Also Read: Women can include green tea in their healthy diet plans to loose weight and keep a check of their nutritional requirement to stay healthy.