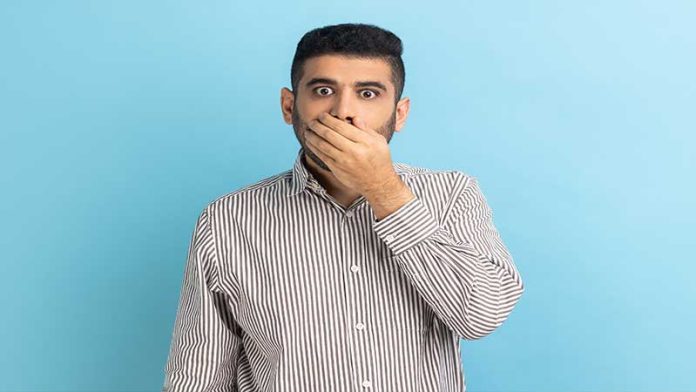 Why do men lie? Were you impressed by the adorable Jim Carrey in Liar Liar? Oh, Dear Women! Beware then, as your man might be lying to you. If men are determined, they can lie about just anything under the sun: be it their job, the number of girls they have been with, being busy, their workout regime, or just anything. As psychologist Michael Lewis writes in his book- Lying and Deception, “Men are more likely to lie to enhance themselves than women.“

But as women, what we need to figure out is the impact of the lie in our lives. Which lies will break a relationship? Is it for the good of someone, lies to hide something they don’t want you to know, or just plain lies because they enjoy saying so? Besides all these good or bad lies, ensure you are not breaking your partner’s trust. Trust is an important factor in a relationship, but still, in some cases, men lie to women, and in some women lie to men. Apparently, most people acquiesce that some lying is required to avoid bickering and petty squabbles to oil the wheels of a relationship.

Taking my personal experience and situation seen in and around my family and close circle of family and relatives, I have listed a few lies men tell women. Check them out why do men lie?

7 Lies That Men Tell Their Women

Baby, I’m on My Way…Just Stuck in the Traffic

This could be the most used and repeated statement men lie about. They use these words as a shield against anyone, be it their boss, spouse, girlfriend, or just a friend. And the reason behind this lie can simply be they are running late, overslept, or are already busy with some important work and couldn’t leave on time. But be assured he will definitely show himself, so let go of the time and tell him, “It’s okay, baby, I understand your urge to be on time and the overcrowded roads, no problem, take your time and come soon.“

Darling, trust me, I will clean the lawn but let the sunlight hit the yard first. I will take the kids to the garden; let me take a power nap. You’re right; these lies don’t get better because these are conditional lies that he uses to avoid a few situations temporarily. The truth is he wants to say no but can’t do that, so he first tries to agree and later convince you that the task will be done by any means but, unfortunately, with conditions attached. This lie can get the worst of you if he plainly disagrees, so he lies and agrees to whatever you say.

You will undoubtedly look great if you have a svelte figure, but all are not blessed with such a fabulous body. Hence, there are times when you are not at your best and may be dressed clumsily, or the dress is too tight or overgrown. Still, if he tells the truth, you will be offended and can end up in a fight, so to be on the safer side, the most defensive and accepted lie a man can tell his lady is, “Darling, you look great, you look beautiful tonight.“

He might be smelling booze all over or has been drinking a little too much; his steps might be wobbly, but just in case you intend to help him, the answer is, “Hey, I am not drunk; I am fine.” This itself proves the fact that he is drunk.

We will Talk About it Later

When he just wants to get out of a silly situation or potential dispute, the best lie used is We will talk about it later, which, per him, means just chill and let it go. He doesn’t want to discuss this issue, so he picks up a lie to skip the current situation. Men don’t like being part of many arguments and discussions, which women find very interesting, so this lie does help them.

Honey, I am Sorry!

Once said, these words can calm down any revolt or anger, a great tool and so very convincingly used by men to save from their girl’s wrath and bad temper. It helps a man come out of any messed-up sticky situation easily. But just saying I am sorry might not help in all cases, so when they say it with conviction and promise of not repeating the error, then it is a well-said lie, for example, Honey, I am so sorry, this will not happen again, so can we go for dinner tonight.

I Will Call You Back

This is the best lie men tell their girlfriends and spouses to avoid nagging and listening to things they are not interested in. Used by almost anyone to avert the call, and men use it to save them from just talking it over the phone, so it’s easy to say: ‘I will call you back.’ In a corporate set-up, they might use it to show the other person they are busy, such as, I will call you back, in a meeting or conference, or with the boss. So no one can question them anymore.

Here comes the end to this article, why do men lie. All you women remember the quote written by Olin Miller and are happy, “A man who will not lie to a woman has very little consideration for her feeling.” If lies are to avoid certain temporary situations, it’s better to avoid them instead of creating scenes. If your man lies to avoid petty quarrels, it is good to put on a blindfold, but if you find anything fishy leading to cheating or infidelity, just don’t ignore it, confront him and talk to him.

Also Read: Nobody can deny the fact that cheating is a real phenomenon. There may be several reasons for cheating in a relationship. Here we explore some of them.

5 Promising Reasons Why Self-Gifting Is Important?

Souti - August 8, 2022 0
We all get busy fetching gifts for others whenever there is a holiday season. However, how many times have we bought any gifts for...

7 Ways To Empower Women And Girls!

10 Signs To Know When To Leave A Relationship!

How To Stay Positive In A Negative World – 10 Powerful...