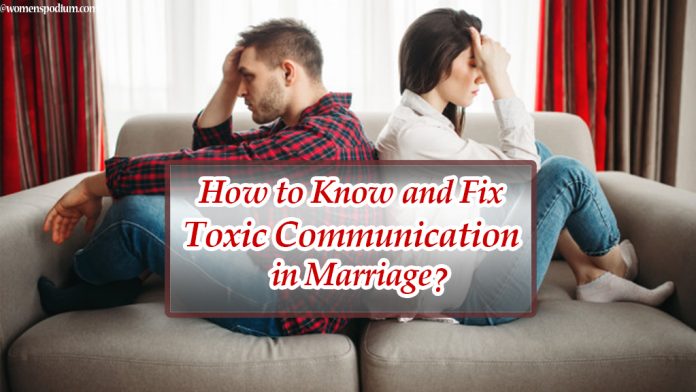 According to one NCBI research, ‘toxic communication in marriage’ is the primary cause of divorce in 57.7% of marriages. Believing marriages are made in heaven, many couples live together, justifying their marital status even if they always try to mend their relationship on and off. However, growing differences in a relationship either lead to silent treatment or arguments; in both cases, the end result is toxic communication in the marriage.

Communication- The Building Block of a Marital Relation

The real test begins after the honeymoon period is over when couples return to the reality of married life, living together under the same roof. Communication is key to any relationship, and for married people, it is a must. Our words and tone express our demands, care, love, and concern towards our partner; that’s what we call communication, a building block of marital relations. For me, communication is similar to watering a blossoming plant. If we enhance the PH level of water, the plant will wither out. Similarly, unhealthy communication in a relation ‘degenerate’ the bond between two people.

What Causes Unhealthy Communication In Marriage?

Generally, we miss apprehending how a mere chat can turn into a toxic one. Everything was going good, and suddenly you see a tremendous gap between you two, and to fill those gaps feels like inexhaustible? This is where you need to figure out the reasons behind this toxicity. Let’s review together and know the causes leading to toxic communication in marriage.

1. Rage – An Array of Frustration 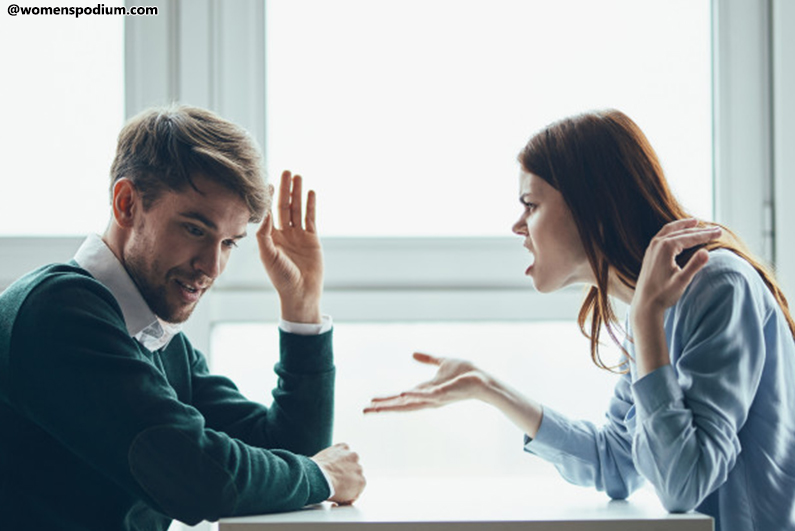 Marriage does not only bring a happy conjugal life but also responsibilities, financial strains, and demands. Fulfilling all these duties absorbs the couples so much that it leaves them frustrated at times. In the moment of mental stress, they lash out such words that pinch the other spouse silently. Controlling your rage and watching the words you are spilling can help you take a step back towards toxic communication.

Another preeminent cause that brings toxicity between couples is ‘mistrust’. A marital relation is often prone to grievance, doubts, and mistrust. Spouse vent out their emotions inappropriately when they stop trusting each other. 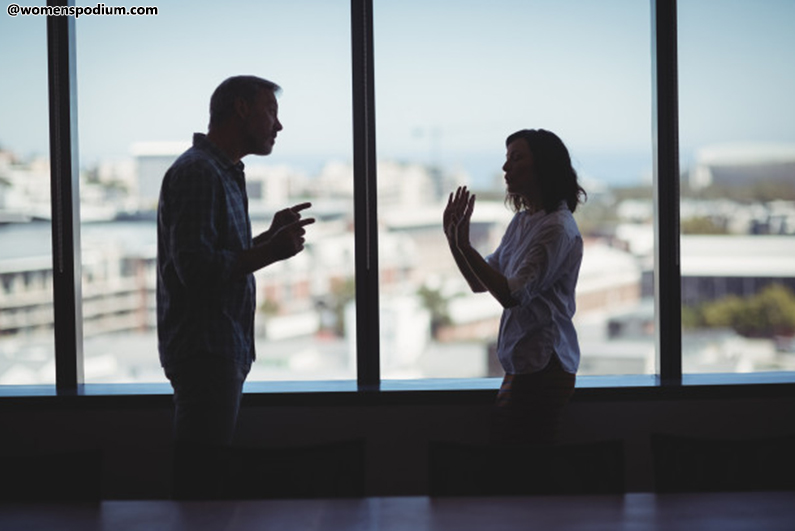 Among many other reasons in a failed marriage is the inability to discuss the actual matter that thwarts good discussion in marriages. Reasons could be many; some are shyness, egotism, and lack of expression, which aggravate the other partner’s irritation level adding more fuel to ruin the ruins. However, missing to realize the repercussions on time can trouble your married life. 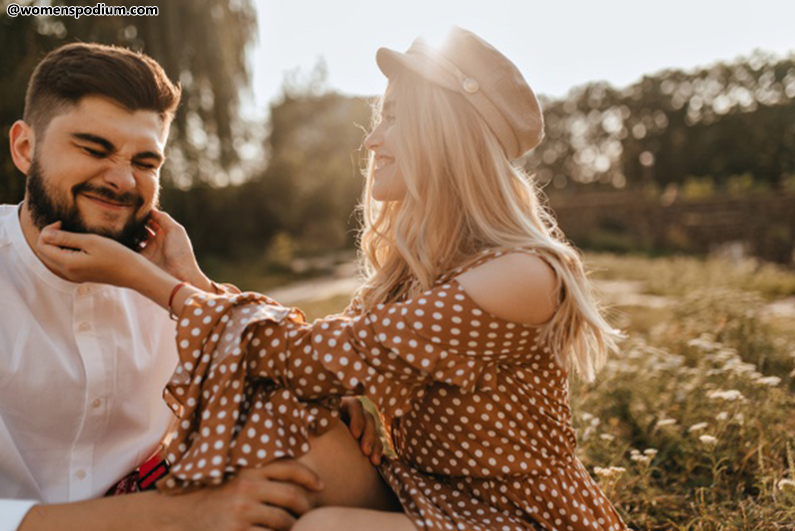 A perfect life partner makes you smile all the time. However, sometimes this habit of making others laugh becomes a routine to mock the other partner all the time, even if you are at a party with friends and family. Doing so can be avoidable once or twice, but not always. The fundamental fact is we all want respect from our partners. Mischievous habits can take a toll on you.

However, it is a little hard to tell that either you are going through the toxicity or things are just about to turn. Therefore, do not risk your bond. Observe behaviors and patterns in your conversation and act accordingly.

Are You Struggling with Toxic Communication in Your Marriage? Here are the Signs: 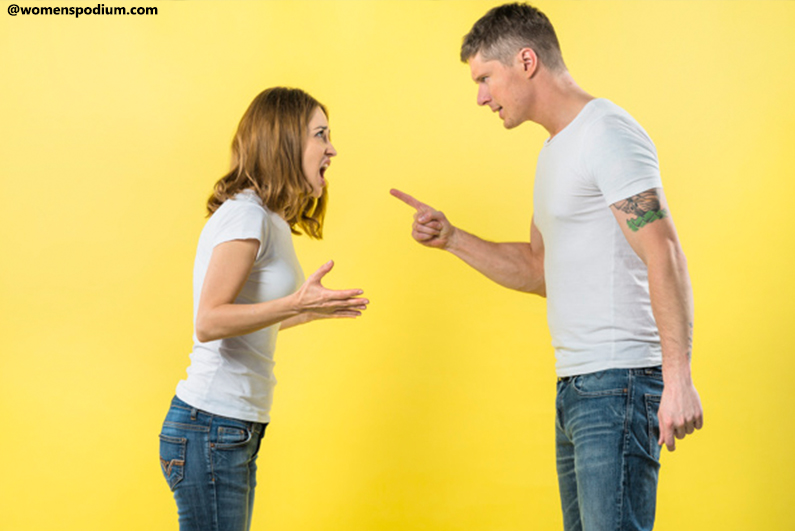 Generally, such conversations start with a loud tone and a grave pace. The speaker feels so toxic while talking that s/he usually ends the talk with a discordant note, leaving the other person in shock, opting out with no voice to stand for his/her points. 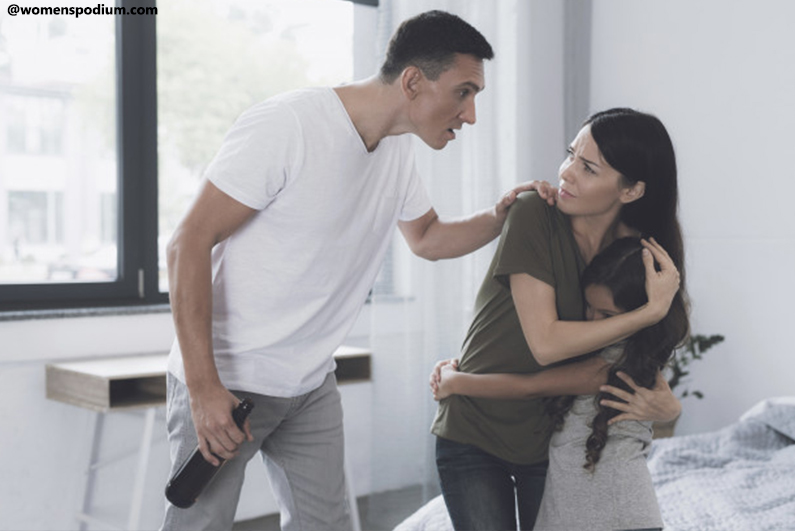 Another trait of toxic communication is giving threats. It’s a sign of selfishness, too; this one partner urges for his desire and, if not fulfilled, he threatens to harm himself. To explain better, let’s say if your spouse threatens you to stay away from your friends and if you don’t follow or obey him, he will go to the extreme – this we call a toxic behavior, and such action pricks like a thorn to your marital relationship. 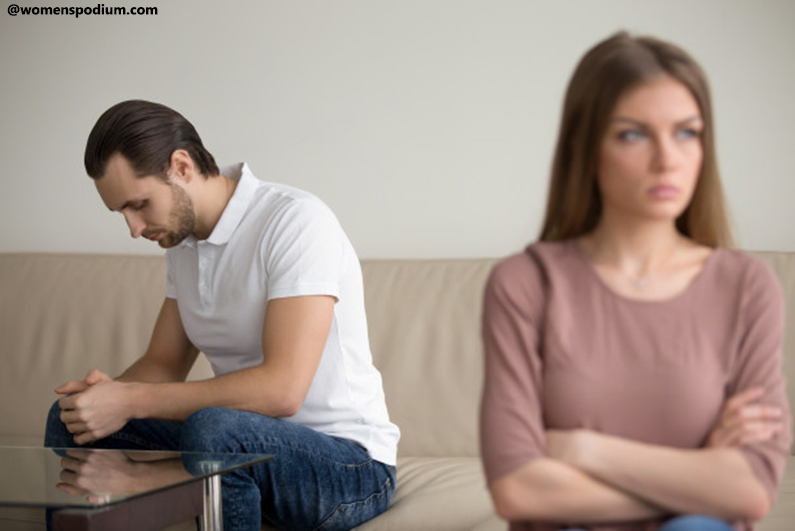 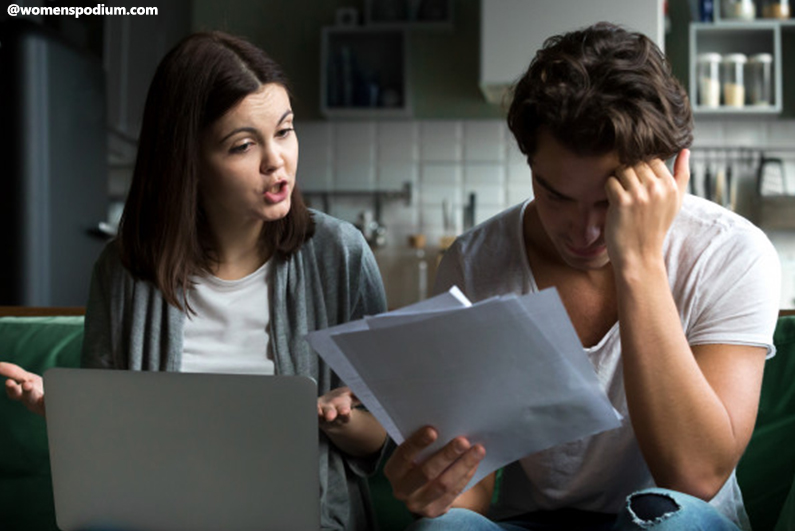 Some couples just blabber; generally, blabbering refers to the non-stop irrelevant talk that annoys the listener. In a marriage, one has to be careful of what to say. A sensible spouse always talks according to the mood of the other. However, when one person ignores the other’s perspective, it seems like rubbing salt to the wound. Eventually, this annoying blabbering ends up in an unhealthy conversation. 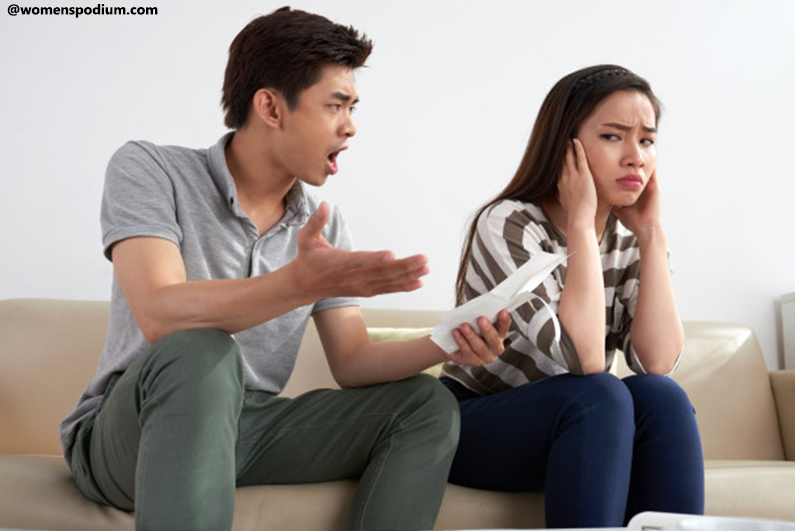 Another example of toxic communication in marriage is an irrelevant investigation from the other half. The dominating partner tries to make his/her partner answerable for trivial issues leaving the other partner inferior or agitated. Whatsoever it is, this type of attitude supports another lethal conversation in the future. 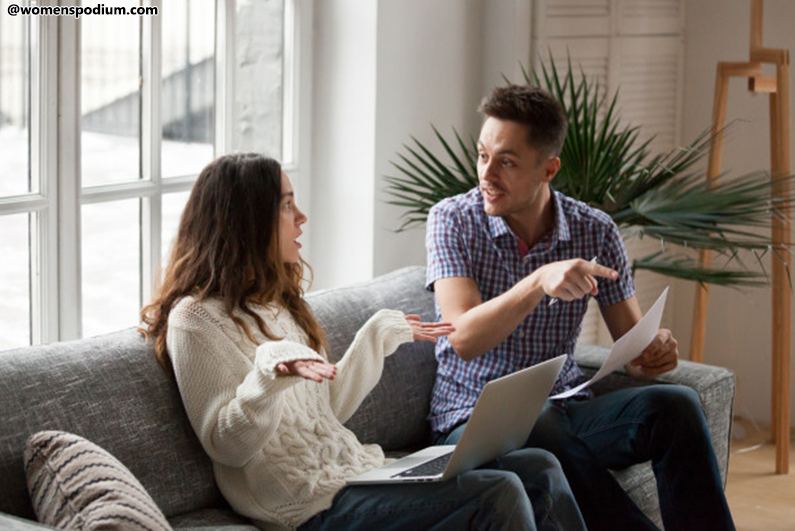 Nagging in any relationship can make its ties weak. Everybody wants a personal space to breathe and relax. Dictating your better-half what to do is nothing but a prevalent pattern of toxic communication in marital relations.

Dr. John Gottman shares four apocalypse points that appear in most of the toxic communication in marriage. They are as follows: 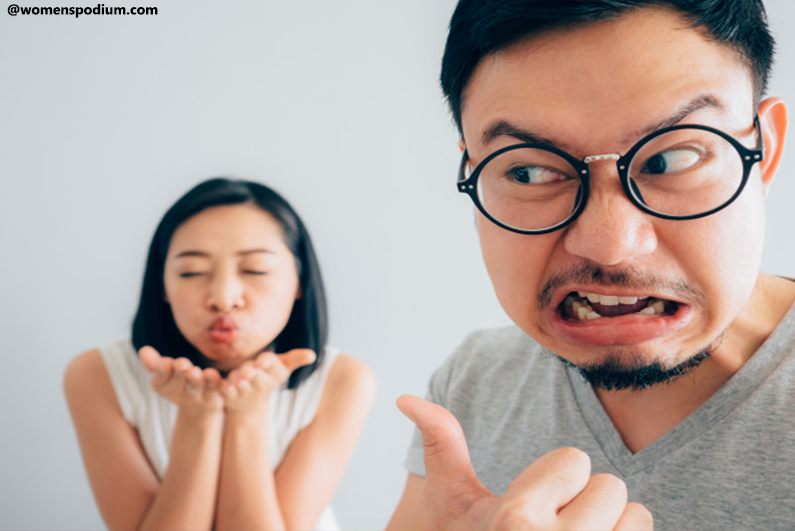 It is common to have complaints in a relationship. However, criticism is a shot of negativity for a conversation. Accusation, tone rigidity, and satire during talks make communication smells like a rotten onion. 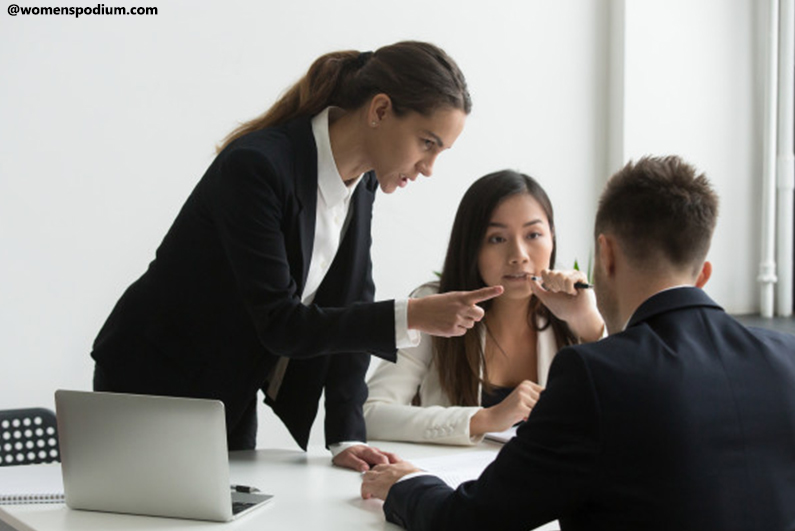 Disrespect makes everyone feel inferior. Contemptible remarks arise either from justifying unresolved complaints or plain mockery. They act as the final slot in a corrosive conversation. 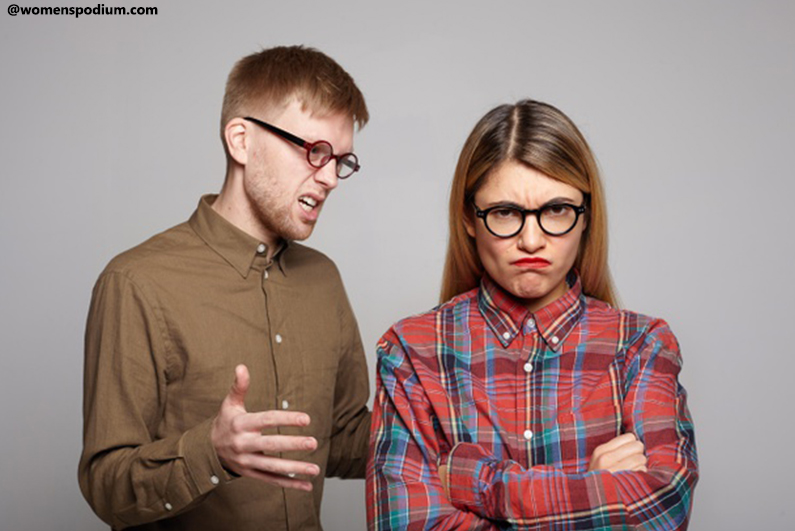 It is painful when you have to face stonewalling in your relationship. It does not refer to throwing stones. Perhaps a situation where the other spouse seems non-cooperative towards talking. It includes both indifference and putting the conversation off for the future without reaching a point. 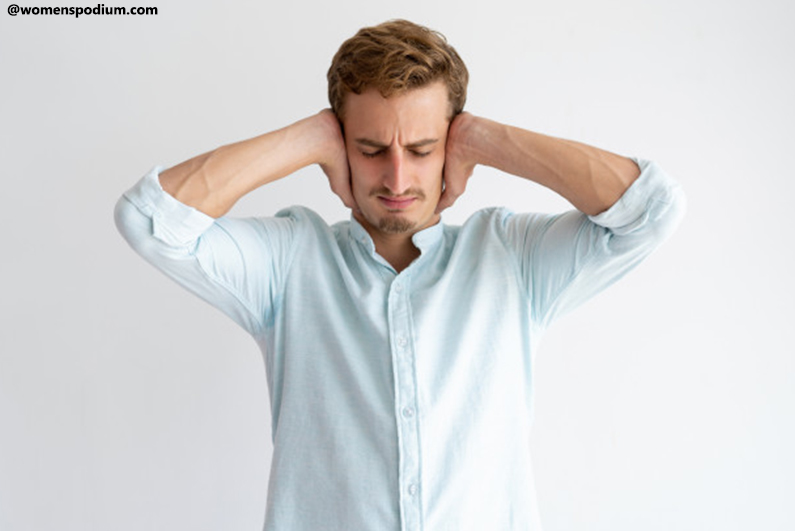 Everybody defends oneself when face condemnation. However, stubborn defensiveness and inability to accept follies increase toxic communication in marriage.

The Severe Impact of Bad Communication in Marriage?

Generally, married couples do not realize what effects toxic communication can have on their bond. Healthy communication in every relationship is important; however, it is the potion for a strong bond among couples. Harsh words can wash away the impact of good actions in a second.

Frequent arguments in a marriage are a clear-cut sign that your marital status on the verge of extinction. You start lacking intimacy, relegate nasty comments, and don’t miss a single chance to hurt; all these appalling behavior suppresses their care towards each other. Hence, partners feel encaged with each other. That is why they avoid sharing their daily bits and memorable moments with each other. The final result of such a situation is a toxic relationship or even a divorce among couples.

How to Resolve The Bitterness in the Marriage?

Minor issues get bigger if we do not administer well within time. One of you has to slide the ‘You go First’ idea aside, instead take a leap of faith to save the marriage, and seek some solid solutions. Be optimistic, have some faith in your partner, and try some of these applicable measures to reset all your marriage problems. 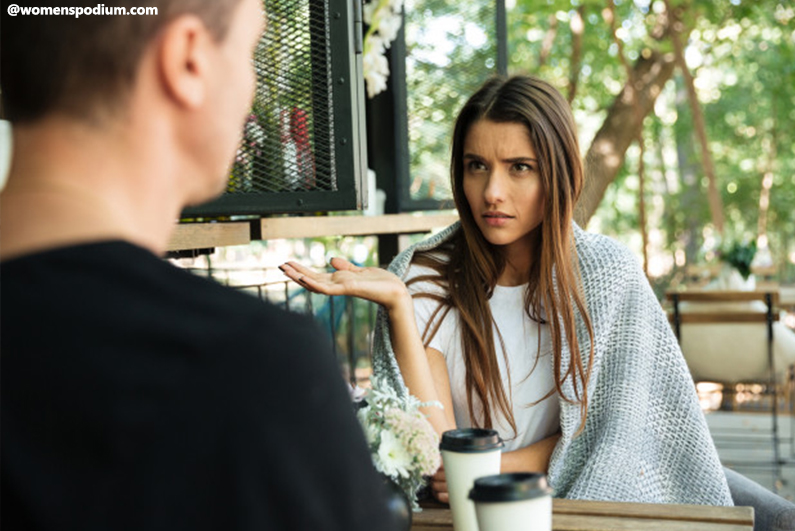 Nothing can remain unset with a table talk. The quick fix to all kinds of communication problems; is communication itself. You need to sit around the table. Try making the environment ready for the discussion to begin while keeping the tone mild and engaging. If you believe in the vows you made together, you will cross any difficulties holding each other hands again. Be positive and resolve everything together. Trust me, giving words to your emotions would fix everything. 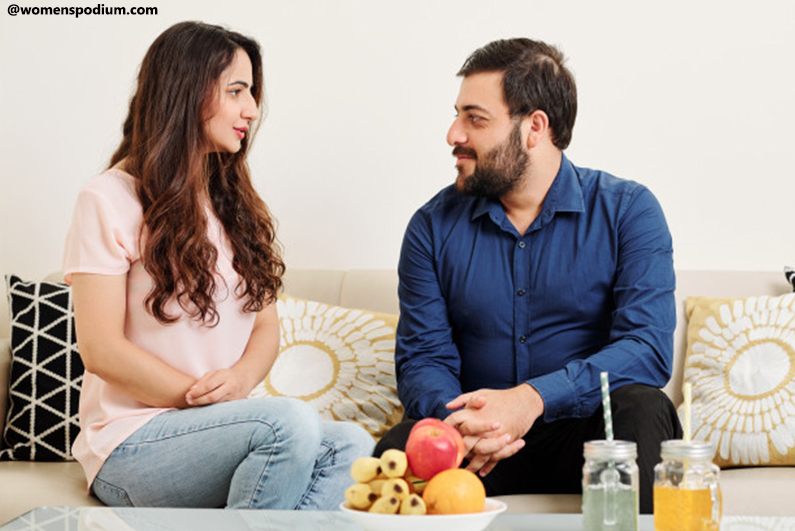 It is a natural tendency that humans do not make their intense inner thoughts vocal; while doing this in marriage, most couples invite misunderstandings due to their silence. Be open with each other, tell them instantly what is pinching or hurting you. Listen to your partner and listen to her/his worries too, and remain ready to support in every possible way. 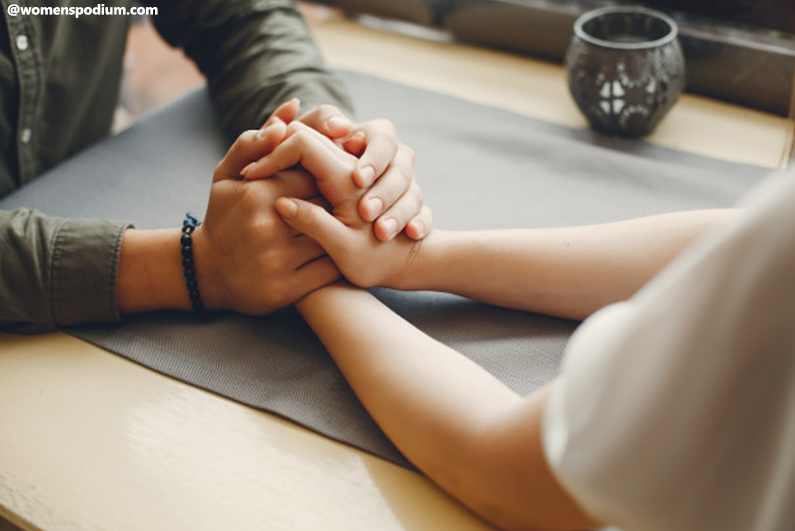 Similarly, patience is the key to move the knob in the right direction for toxic communication in marriage. Let time settles the arguments and follies of others. Abrupt reactions to a toxic argument with a spouse may lead to destruction. If you can’t be vocal about your feelings, write a letter and express yourself, make a card write some marriage quotes or vows for further motivation.

4. Get Yourself a Break 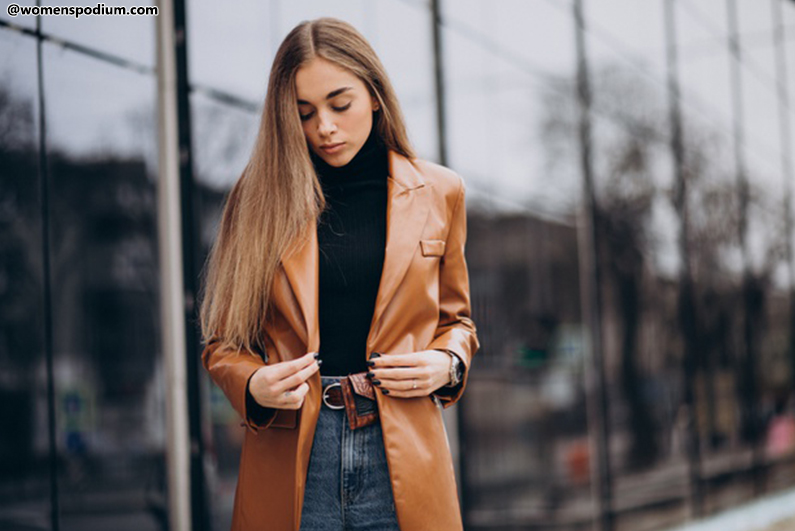 Getting yourself a break is not a bad idea in such situations. Apply if you are constantly struggling with arguments with your spouse. Let yourself free from this messy momentum. A break would help you find your way out of this. Otherwise, as a last resort, seek a marital counselor.

Indeed, wedlock is the purest of all relations. To leave, to break any relationship is the easiest thing to do. Your skills to pull out your emotions shows when you put all your efforts to save your marriage. Make sure not to ruin your relationship with any toxicity—toxic communication in marriage must not be entertained.