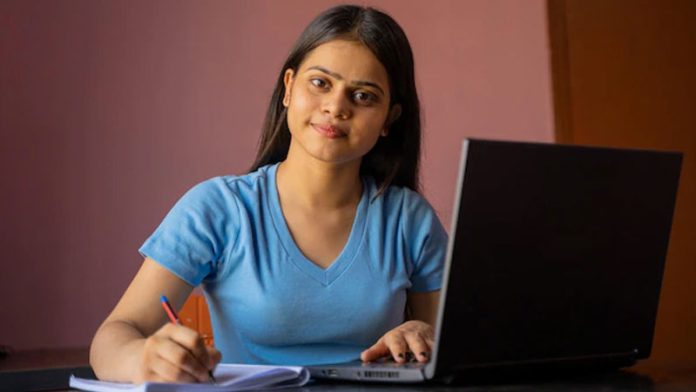 India is a democratic country. The preamble to the Law of the Land declares it to be so. As a democracy, the government of India (at least on paper) promises its citizens that they are to be put first. It is a government of the people, for the people, and by the people. Most of us painstakingly memorized this mantra during Grade 6 Civics class, but not many grew up questioning it. Definitions remained mere keywords on paper and had zero relevance to on-ground reality. We learned how to ask and answer questions, but only those at the back of the textbook. We were taught how to worship these textbooks, how they could never be wrong, and were only allowed to consume spoonfed knowledge that came from one source.

Historical Context To The Education System In India

The education system in India is riddled with many deep-rooted problems. But it was not always this way. Before the colonial regime, India was a breeding ground for culture, innovations, and a melting pot of religions. Kings promoted the growth of knowledge and extended patronage towards exemplary scholars.

Much before that, most of India followed a “Gurukul System“. This was a residential schooling system where students left home and retired to the forest to live under a learned guru. Despite coming from various backgrounds, students had to do everything themselves in the gurukul. They learned and studied different subjects that led them to lead healthy and cultured lives. They were free to question and were taught via example rather than rote learning. Their relationship with their guru was considered sacred but without complete reverence. Although students respected their teachers, they were discouraged from blindly following instructions.

The focus of this system was to promote unity, interdependence, and self-learning. Subjects like mathematics, science, and medicine were given as much importance as the arts, music, and culture. Because of this, students developed in all spheres of life, and there was no obligation to them to prioritize “academic” subjects.

The Post-Colonial Education System In India

After the influence of the British, the pedagogical system of India took a drastic turn in a more rigid direction. Lord Macauley brought “reforms” to the Indian education system in 1835. The new policies shifted the focus to promoting competition among the Indian youth. The idea was to condition Indian citizens to follow orders and train them for clerical jobs that required base amounts of critical thinking. Knowledge became bookish, examination structures required rote learning instead of practical understanding, and there was a sharp imbalance in the importance associated with certain subjects.

Even after Independence, the approach toward education remained as it had been in the British Era. Today, India offers three different boards arranged in a hierarchy. SSC, which is the state board, is considered inferior and “easier” than the rest. CBSE, which is the Central Board for Secondary Education, is the most popular, but it is still inferior to ICSE, which is the Indian Certificate of Secondary Education. Of the three, ICSE is perhaps the only one that requires some amount of application, but overall, all three options have similar curriculums. This is because the general philosophy of the Indian Education system lays focuses on memorization and getting more “marks”. Overall ranking systems and percentage cutoffs further encourage cutthroat competition. Only during college-level education are children truly free to seize some opportunity to think for themselves.

What Does The Youth Of The Education System In India Say?

“The education system in our country is designed in a way such that it puts too much of a focus on academics solely. It invalidates other activities and experiences that should be considered imperative to supplement education as well”. She feels the skewed focus leads to underdeveloped critical thinking abilities and turns people into yes-men. Furthermore, she believes a more holistic approach is more practical and would lead to well-adjusted individuals as they grow up.

“The level of reliability and responsibility in most teachers is questionable. While this is not necessarily their fault, it directly impacts the quality of education provided. Teachers are underpaid and thus lack the motivation to guide students, both academically as well as mentally properly.” Akshayveer is a student at Gandhinagar’s Pandit Deendayal Energy University and is pursuing finance.

“There is a lack of natural order between schools, higher education institutions, and workplaces. What is taught in one has little to do with the latter’s demands.” She questions whether the education we receive is just to fulfill employment or meet the “ideal” education standards. This is a highly relevant question and exposes the eccentricities of the Indian Education system. While the job and employment market look for skill, our education focuses on more of a theoretical approach. How must we supplement ourselves with the right skill set unless our educational institutes lay a sufficient amount of emphasis on practical learning?

Agreeing with her, Hait Savla adds:

“A marks-based evaluation system is given excessive importance, and when coupled with bland theory, it ultimately leads to a waste of time and energy that could have been invested in learning valuable real-world skills.” Hait studies Business Administration at St. Xavier’s College, Mumbai.

Indian Education System And The Future

With the introduction of the New Education Policy (NEP) announced in 2020, the Indian Education System has promised to revamp its current policies with a more liberal structure. Previously, students were to select a certain “stream” from the available options of Science, Commerce, and Humanities. Each stream included a bucket of subjects under it, thus restricting the scope of exploration within diverse fields for students. Now, with the advent of the newer policy, students will be free to choose subject combinations from any of the three fields. This move is timely and much appreciated. The liberalized structure is what the world market demands and sets a better precedent for change.

However, the approach to education remains similar, if not the same. Knowledge is still bookish and theoretical, with little range for practical application. Although the NEP is a step in the right direction, its implementation will require a structural overhaul. There is nothing that addresses the lack of a practical approach and an over-emphasis on marks and grades. So, its actual effect is far into the future. Just how beneficial the liberal studies module will be for students without introducing more hands-on testing methods is something only time can tell. Till then, we, the students of India, lay in wait. For a better future, better opportunities, and most importantly, a better educational structure.

Also Read: Educating a girl is a priceless gift, one that can continue to bless her throughout her life. If you don’t believe us, here are a few of the best quotes on women education by some of the brightest minds.