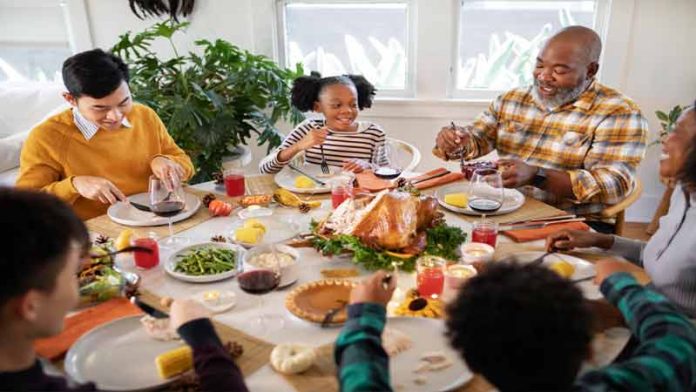 Typically celebrated on the fourth Thursday of November, Thanksgiving is an international holiday that celebrates the spirit of gratitude for your achievements during the year. Like all festivals, certain traditional practices mark this day apart from the rest. The celebration goes with a huge family dinner, where all near and distant relations meet at one house and celebrate the spirit of Thanksgiving, together. The family then offers thanks and acknowledges the sacrifices and blessings of the past year.

Thanksgiving marks the beginning of the holiday season and symbolizes the start of the months leading up to Christmas. Similar festivities are held in European countries like Germany, and even distant ones like Australia and New Zealand. The world unites one day to count their blessings and thank the powers of the universe for making them happen. The sentiment behind the day is truly beautiful.

Thanksgiving originated in America and is an integral part of the localized culture there. From the American continent, the spirit of Thanksgiving soon spread to other western countries in Europe and even Australia.

The popular belief behind the concept of Thanksgiving originated from the 1621 harvest feast shared by the English Colonists (called as the pilgrims or the founding fathers) and the Native American tribe called Wampanoag people. It was a mark of solidarity and brotherhood among the two; as well as marked as a reminder of the end of the strained tensions between the Pilgrims and the Native Americans.

After this day, Thanksgiving began to be feasted on the 4th Saturday of every November. It gained official recognition after the American Civil War, when Abraham Lincoln declared it as an official holiday. Now, decades later, the practice has been ingrained into society. It has also migrated to many different countries and made a necessary place for itself within their cultures.

After the holiday became a staple within American culture, it slowly lost its original religious significance and developed its own traditional practices and rituals. Commonly, on this day, people celebrate Thanksgiving by cooking a huge family dinner with near and instant relatives gathering in one house to celebrate the spirit of gratitude.

A typical Thanksgiving menu features a turkey with stuffing or some variation of it, either baked, roasted or deep-fried as the primary dish. The meal also encompasses mashed potatoes, or some variations of the starchy vegetable, cranberry sauce, wine, and different flavours of pie. Cherry or Pumpkin pie are leading choices for dessert. A few people like to go overboard and cook assorted appetizers and entrées as well to go with the main dish.

Researchers are not sure about how Turkey became the central dish around which the core idea of Thanksgiving is hidden, because it does not hold a point of coincidence with the 1621 harvest feast. However, now, about ninety per cent of the American population feature this meat as their primary dish. It has become synonymous with the holiday. No Thanksgiving dinner is deemed complete without a variation of Turkey included in the main menu.

Other traditions typically include volunteering at social or community service centres. One aspect of expressing gratitude and being thankful for what you have is also giving back to society. Many American families use this day as an opportunity to volunteer at different charity centres. They recognize their privilege and either make generous monetary contributions or devote time and effort to serve the underprivileged sections of society.

In the way of saying thanks for the meals they get or the warm clothes they enjoy, families also donate food and clothing to the homeless and poor. Religious organizations also hold food drives and host free dinners for the less fortunate. Communities in different neighborhoods come together to serve the less fortunate and make an effort towards the general population of society.

This year will see an abrupt decline in the scale of festivities that surround Thanksgiving Day. We will miss the parades, and family dinners will have limited attendance. Social Distancing will be challenging to maintain during volunteer activities, and will thus attract a less crowd. The poor will be worse off, and with family budgets tight due to the pandemic, huge donations will see an unprecedented check.

However, people have determined not to let the unfortunate circumstances dampen the spirit of Thanksgiving. People have planned and organized family meets over Zoom: a popular video conferencing app. They believe enjoying each other’s presence through a leggy screen with horrible WIFI is better than not seeing each other at all. Although budgets are tight, people are reverting towards less fancy dinners for themselves and their families. They instead choose to spend those savings over donations towards healthcare and food necessities of the less privileged.

In a way, the pandemic has brought in a greater sense of thankfulness in us. Now, we know how to appreciate the little things in life that we would often take for granted in our day to day lives.

This year, we have a lot to be thankful for. Most of us are safe within our homes, with enough to eat, and warm clothes to wear. We have remained comfortable during the pandemic for the most part. However, there are others out there, who have it much worse. The less fortunate are homeless and penniless, striving to survive in a crashing economy. Healthcare workers are working 24×7, stay outdoors, and help those who need it, potentially exposing them to the virus.

This Thanksgiving, make it a choice to be thankful towards these workers, and the less fortunate. Be grateful for all of those privileges you mindlessly enjoy. Celebrate the spirit of Thanksgiving in the best way possible; not with an elaborate feast, not with a huge party, but by expressing gratitude towards every comfort and blessing you own, in life.

Also Read: Thanksgiving outfits need to be very welcoming and comfortable. These can be floral, ruffled, giving a sense of happiness and enjoyment.