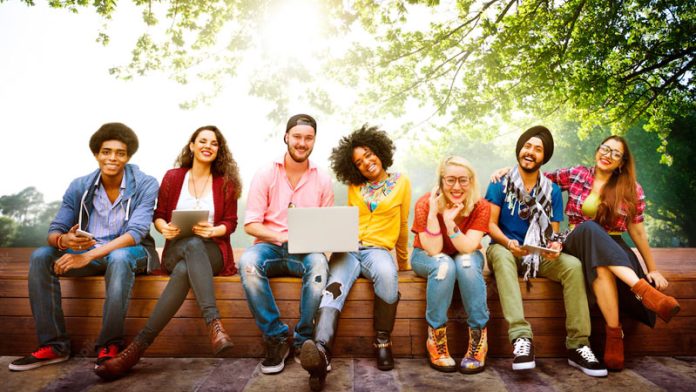 Usually, our first judgment of a person is by the clothes they wear, the way they talk, or even their appearance. But more often than not, a person’s real personality is completely different than what their appearance might suggest. From a psychological perspective or point of view, personality doesn’t relate to an individual’s external appearance. For teenagers, determining their personality is especially more complicated because they are still learning and developing as individuals. In fact, a teenager’s personality actually refers to a very raw outline of their characteristic patterns of thinking, feeling, and behaving throughout life.

Personality is a dynamic component of our psyche. It takes different shapes and undergoes various changes as we grow and evolve through life. A teenager’s personality gets shaped by a wide variety of factors. Most of the time, these factors do not act individually, but rather have a collective impact on the teenager’s mind. That is to say; these factors act in conjunction with one another.

Factors that Affect a Teenager’s Personality

Some of the main factors that influence a teenager’s personality are discussed below:

Heredity implies all the characteristics that a teenager inherits from their parents. It affects the physical and mental makeup of a person. Heredity can affect two spheres of our personality.

Hence, genetics and heredity play a significant role in shaping the personality of a teenager. Genetics are unchangeable. But the best way to ensure that your teen grows up with a healthy self-image and in turn, a stronger personality is to motivate them to love themselves. The best way to tackle this is to emphasize that the outside is just a peel, like that of an orange. The real thing that matters is who you are on the inside.

Endocrine glands such as the pituitary gland, the thyroid gland, the pancreas, the adrenal glands are mainly responsible for the body’s biochemistry. They secrete hormones that regulate our moods and behaviors. Hormones are mighty influential in shaping and developing a teenager’s personality. Over secretion or under secretion of these hormones produced by various glands may adversely affect the personality of a teenager. Especially during puberty, when the body is newly adjusting to the many changes happening throughout the body. Maintaining a proper balance in our hormone levels is essential to build a strong personality. Hormones elicit emotions ranging from happiness, anger, sadness, or even disgust. We can maintain the right balance in our physical chemistry by eating a balanced and nutritious diet and getting regular amounts of exercise every day.

Family is one of the most important factors influencing the personality of an individual. The elements related to a family have a significant impact on a teenager’s personality.

In fact, one of the greats in the world of psychology, Dr. Sigmund Freud, believed that childhood experiences play the most prominent role in shaping a person’s personality. He believed that familial background could influence an individual’s unconscious motives and continue to influence their personality well into their adult life as well.

For example, in a family having a warm emotional atmosphere, parents have a healthy relationship with their children. The parents love and respect their children which in turn boosts a teenager’s self-confidence and self-esteem. This positively affects the personality of your teenager. On the contrary, overprotection, rejection, negligence, shown by parents towards their children leads to low self-esteem and lack of confidence among children. This obviously results in a heavily negative effect on the teenager’s personality.

Peers are a pervasive aspect of our social life. They surround us in our everyday lives from early childhood until old age. Members of the same classroom, workplace, or sports club, constitute as a peer group. This peer group may have a positive or negative impact on a teenager’s personality. A healthy group of peers can save a person’s personality and help them grow and develop, while an unhealthy group of peers can negatively influence even the best-behaved child.

For example, good habits such as studying regularly, exercising, being productive, and continuous about time management are all qualities that a teenager can develop by being in the good company of friends. Similarly, unhealthy habits such as bunking lectures, developing various addictions, showing aggressive tendencies, or even bullying may develop by being in the bad company of friends.

School and education systems majorly influence a teenager’s personality. They play an important role in the development of a student’s psyche. Teenager usually spends most of their time of the day in school or indulging in post-school activities. The quality and approach of a school can shape a teenager’s personality to a great extent. The elements related to school like the teaching strategies applied, learning process, academic activities and co-curricular facilities provided by the school, teachers’ rapport with the students, school discipline, and policies have a significant impact on the personality of the student.

For example, a creative, well qualified, experienced, and well-mannered teacher acts as a role model for their students. Such teachers provide maximum opportunities for the optimum development of the potential of their students. This, in turn, helps students to develop their personality more healthily. But a disinterested, lenient, and rigid teacher will only contribute to the student’s stress levels and demotivate them, thus negatively influencing their personality.

The internet and other forms of mass media are now deeply integrated into almost everyone’s daily lives. Mass media is a source of entertainment, informal education, socialization, and much more to most of us. In the pandemic itself, the importance of online media has become even more important. Nowadays, the majority of adolescents spend more and more time in front of the television, mobile phones, computers and have increased consumption of social media content. This widely affects their personalities, though it may be positive or negative.

For example, mass media can help an individual to have an updated knowledge of current affairs, help them to be social and interact with their peers, gain extra study material to help with their curriculum, and learn about different opportunities to grow and develop. When the internet and mass media are used with regulations and for constructive purposes, it can help to develop a teenager’s personality and make them more self-reliant.

However, mindless consumption of content can also create certain negative impacts on an individual’s personality. Excessive addiction to mass media platforms can result in disconnection from the real world, an illogical connection to the virtual world, and egocentrism. Other negative impacts can include sleep deprivation, insomnia, poor academic performance, distraction, insecurity, anti-social behavior, a feeling of isolation, and much more.

All of these are highly plausible to develop in your teen if they have unrestricted access to mass media platforms. They negatively shape their personality and change their behavior too. A Netflix documentary by the name of “The Social Dilemma” creatively illustrates these points and is a definite must-watch.

Cultural factors also play an influential role in shaping the personality of an individual. Every culture has its own set of values, beliefs, and norms that influence the personality of those within the cultural setting. The cultural background your teen thrives in shapes their thoughts, feelings, and behavioral patterns. Different people from different cultural backgrounds have different personalities because of this reason. A cultural setting can influence your teenager’s leadership abilities, listening skills, abilities to cooperate with others, adjust to indifferent environments, entrepreneurial abilities, and many other factors. Different personality traits are bright out in different cultures based on their value system.

For example, in India, children from a young age are taught to respect one’s elders, be a role model for their younger siblings, and place their family before any other external factors. These beliefs and value systems shape most Indian teens to be respectful, responsible, and empathetic. However, due to the cultural mingling of the world, these clear distinctions between different cultures are slowly vanishing. The internet has facilitated an exchange of both ideas and cultures. Thus, while cultures still influence the psyche of a growing teen, it no longer depends only on the culture of the region they live in. That is to say; global cultures are a much more substantial influence on teenagers in current times.

Your personality is dynamic; it changes with you as you grow and learn new things. But for teens in their most critical years, having a strong base for the development of their personality will only help them be the best version of themselves in the future. To consciously work towards developing a stronger and sharper personality, understanding the factors that influence it is necessary. Once you have a clear understanding of these, making changes as per your wish becomes far easier.

Also Read: Here are the tips to get yourself on the track for building and boosting self-esteem.