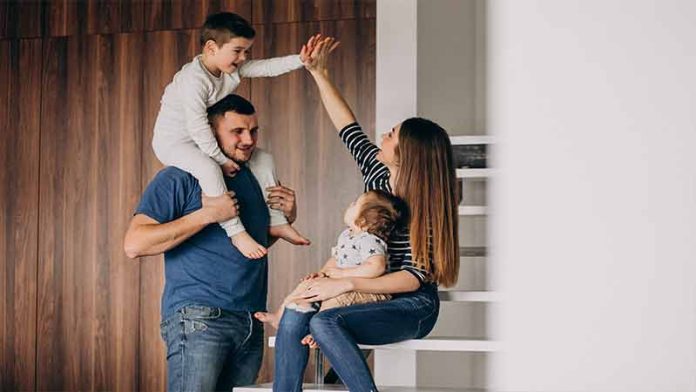 Are you a rational parent? Being a parent is as good as bee rearing. Once your children are out and about, you are helpless most of the time, and you are a hundred percent sure to get stung in the butt. There is constant noise and do what you may; you can’t get rid of these adorable but sometimes downright annoying creatures. All in all, parenting is one heck of a job, especially with growing children who are just learning to interpret their thoughts and actions.

Who Is A Rational Parent?

However, it is vital to maintain a sense of rationality as a parent. Oftentimes, a child’s thoughts and conflicts may seem so dismissable when you have so many of your own to deal with. The balance between work, social life, and household chores on its own is a daunting task. Adding a child to the mix is not an easy job to handle in the least. But you have to remember that these so-called “trivial” thoughts are all-consuming for a child. For rationality to develop in children, they need to see it in their parents first. After all, even with all the fighting and arguing, you are their biggest role models.

Five Ways To Be A Rational Parent

Patience is a virtue no one can understand better than a parent. And truth to be told, most of you have it down pat. But it can get a little challenging to hold the same level of expertise when it comes to rationality and parental reasoning. Here are five easy ways you can be a more rational parent and encourage rationality in your children as well.

When you have had a long day at work, all you want to do is sit back and relax with a book and dinner, so when you walk into a messy house, it can be kind of a nightmare. Even though it may seem like a lot, try and remember: your child has had a long day too. Maybe things went wrong at school, or they got a ton of assignments due over the weekend, or maybe they’ve had a little bit of a fight with their friends. In your role as a parent, it’s your job to be the one who’s more emotionally mature. Your first reaction should be to empathize with your child even though your brain knows it can’t take it anymore. When you as a parent continually show empathy, it quickly becomes a skill your child picks up subconsciously.

Going easy on your child every once in a while and checking up on their mental health is a skill not many parents apply, but trust us, it makes a world of difference. It does not only seal your relationship with your child, but it also shows them how much you care and influences them to do the same. Rationality in children is a skill that develops over time and with constant observation. You never know, the next time you’ve both had a bad day, your child might be the one comforting you and not the other way around.

According to psychology, one of the primary characteristics of a rational person is to assume responsibility for their own lives. As parents, you take on the role of nurturing, so it is only essential that you yourself are emotionally independent. If you need or demand excessive support or nurturance from your child, it isn’t really the best approach. Sure, with a parent-child relationship, it’s a sure shot give and take one. But when you establish that you will be there for your child no matter what, being emotionally independent for the most part is a must. Seeking comfort from your child is not a crime. However, if you expect a constant show of nurturance, you are violating the principles of parental reasoning. When children observe their parents as emotionally independent and rational in their approach to life, they subconsciously imbibe the same rationality over time. It’s a slow process, but your children will end up stronger, more mentally mature, and more comfortable within themselves in the long run. These skills will help them in every step along their life’s journey, and they will have no one but you to thank.

Rational people are highly tolerant. Tolerance is the willingness to accept others’ behavior and beliefs that are different from one’s own. Similarly, rational people accept their own as well as others’ right to be wrong occasionally. As your child grows up, his source of influence will grow wider to include their school, peers, teachers, and even social media to a considerable extent. It is evident that their opinions might differ from yours from time to time. Agreeing to disagree is an important state of mind and will help you tackle a lot of conflicts along the way. It also encourages children’s rationality and allows them to accept different opinions from their own. After all, when they finally need to learn how to face the world all on their own, they’ll be prepared to face criticism and conflict. What’s more, they will also be well-versed in conflict resolution, which is arguably one of the most important skill sets for adult life.

Rational people are found to be healthy individuals. Rational people tend to be flexible, unbiased in their thoughts and actions, and mature enough to accept that they may be wrong. Flexibility and unbiasedness in thoughts and actions are important skill sets required to develop rationality in children. However, parental reasoning is usually rooted in old customs and schools of thought. One of the best parts of the human personality is that it can be dynamic. This means it can change over time. Learn to be more accepting. Rather than forcing your own customs or childhood practices on a child who might not fully understand them yet, try and meet them in the middle. Compromise, hear them out, and lay new rules that are more flexible for both you and your child. As a parent, don’t shy away from apologizing. Even though it might be difficult, remember everyone is allowed to make mistakes, which applies to you. Acknowledging that you are wrong teaches your child to be rational and able to accept their own faults and flaws as well.

Rational people accept themselves unconditionally rather than rating or proving themselves against a million others. This does not mean that they are complacent with their growth and do not strive to achieve more. It simply means they accept and love themselves for who they are as a sum total, including flaws. They accept responsibility for their actions and try to solve them rather than play a futile blame game. They acknowledge their behaviors, beliefs, feelings, and actions as their own and thus, are prepared to face the consequences as well. To be a rational parent, one must accept themselves and teach their children to do the same.

Parents often project their own unfulfilled dreams and desires onto their children unconsciously. This, however, makes the child uncomfortable and forces them into situations they may not want to be in. It creates major issues with their self-image and indirectly affects rationality in children as well. The best way to counter this is to promote a good self-image and self-acceptance for maximum confidence. At the same time, parental reasoning should also ensure that their children strive to be their best selves and do not fall into complacency.

The Importance Of Rationality

Child psychology is a science and having said that it tries to establish laws that govern human behavior. At the same time, it also accepts the fact that human behavior is complex, dynamic, and fickle. Some of our behavioral characteristics are commonly seen in many other people, while others might only be peculiar.

To attain happiness is man’s greatest aim in life. While achieving this aim, every individual feels, thinks, and acts exclusively. But while experiencing positive emotions, one should also pay attention to others’ thoughts and feelings. Here, the aspect of rationality comes into the equation.

Dr. Albert Ellis proposed Rational Emotive Behavioral Therapy, which is one of the most influential and popular methods of intervention in the field of counseling psychology. He has also given the values of rational living. He also says that rational people are psychologically healthy people and possess certain characteristics that halo them to make faster and more suitable decisions.

Safeguard your self-interest and understanding societal interest is almost like a slogan of Rational Emotive Behavioral Therapy. Rational people understand what helps them grow, and they take the active responsibility of making those choices for themselves. At the same time, they take care that they are not violating a third party’s rights. Not only this but they also actively seek to aid in the survival and betterment of the societal order they live within.

The Principles Of Rationality

B: Balance between self-interest and societal interest

E: Estimate time and efforts required against the gains and losses

R: Respect for oneself as well as others

A: Affiliate and cooperate with others

T: Tolerance towards oneself as well as third-party members

I: Integrate personal well-being with social well being

N: Navigate the path of success in a healthy manner

A: Accept your limitations and then try to overcome them

L: Live life to the fullest

Using these principles of rationality for children and adults is a definitive way to guarantee a healthier life and mental well-being. But remember, the last point (live life to the fullest) is by far, one of the most important ones of them all!  So, this is all about the importance of rationality, and how you can practice it to become a rational parent.

Also Read: The most crucial in shaping our life and there comes positive parenting tips that can shape a teenager’s life in the best way possible.