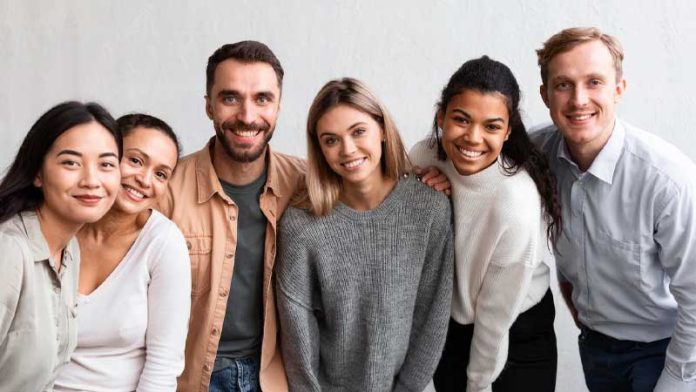 Ah, society. The word seems to come up a lot, even though we don’t actually know who society really is. Who are these extremely judgemental people who are monitoring every step of your way? Why exactly do they care so much? When you think about it, no one actually knows. And yet, every time we make a decision, we mentally run it by this phantom society. No one can survive without society either.

Man is, after all, a social animal and thrives when there is a sense of community belonging. However, giving preference to what is generally acceptable by societal standards, more than your own dreams and aspirations can be foolhardy. In the long run, this obsession with what society may think ends up hurting us more than benefiting us. These quotes about society tackle the issue of why weighing in society’s general opinion can do more harm than good. Maybe these society quotes could inspire you to take that next big decision, without worrying about what people will say.

The society must be better than the individual.

Society is like a large piece of frozen water; and skating well is the great art of social life.

Man was formed for society and is neither capable of living alone, nor has the courage to do it.

Society is our extended mind and body.

We must reform society before we can reform ourselves.

The new society cannot be created by reproducing the repugnant past, however refined or enticingly repackaged.

Music moves society more than most people realize. In my opinion, it’s a soft manipulator of influence and change.

The key to organizing an alternative society is to organize people around what they can do, and more importantly, what they want to do.

Some people strengthen the society just by being the kind of people they are.

No society that feeds its children on tales of successful violence can expect them not to believe that violence in the end is rewarded.

We owe our children – the most vulnerable citizens in any society – a life free from violence and fear.

Neither the life of an individual nor the history of a society can be understood without understanding both.

Society has to change, but the political powers we have at the moment are not enough to effect this change.

There can be no keener revelation of a society’s soul than the way in which it treats its children.

If your joy is derived from what society thinks of you, you’re always going to be disappointed.

In an industrial society which confuses work and productivity, the necessity of producing has always been an enemy of the desire to create.

The nature of a society is largely determined by the direction in which talent and ambition flow by the tilt of the social landscape.

No society can surely be flourishing and happy, of which the far greater part of the members are poor and miserable.

A society regulated by a public sense of justice is inherently stable.

Under any system of society… the family holds the future in its bosom.

No one would talk much in society if they knew how often they misunderstood others.

We must work together to ensure the equitable distribution of wealth, opportunity and power in our society.

If a free society cannot help the many who are poor, it cannot save the few who are rich.

All that is valuable in human society depends upon the opportunity for development accorded the individual.

Also Read: Some people think that humans are naturally lazy. However, people with ambitions and desires are never lethargic. Here are some funny and inspirational quotes about lazy people to keep us going and help us overcome laziness.