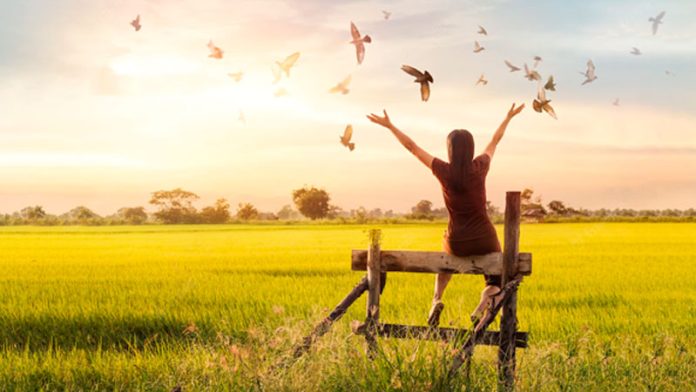 “Freedom,” what is it? Is it the independence of our nation, the political liberalism, or the individual right to speak? Let’s look at it in the light of freedom quotes. But before that, it is necessary to ponder upon what is freedom for a common man and why it holds much importance. A general right to speak his mind, make his decisions then be responsible for the consequences, and use whatever rightful and just resources for his growth. These are all different aspects of freedom and independence for every person living in any nation or country.

Freedom also means learning and growing from past mistakes on your own. Getting freedom from negative thoughts, staying positive, and being better are also some other forms of freedom. When you feel free after implying these quotes about freedom, you will learn better and grow better.

Why Is Freedom So Important?

Freedom is crucial for every person and every nation as you will see in the following freedom quotes. Countries celebrate independence day for a reason. It is the symbol of their hard work to set them free, have their own identity, and speak their ideas to the world. The only condition is that they must not jeopardize others’ freedom. Every person deserves to have freedom of thought, creativity, and opinions and then encourage to become better. Hence it is important in a spiritual context.

Top Influential Freedom Quotes To Inspire You To Be Free

Just like you use some poetic phrases to express yourself, these freedom quotes will wire your soul to different ideas of freedom. You can write some of these quotes about freedom on paper to put on your wall for inspiration.

Freedom is never given; it is won.

Freedom is not worth having if it does not include the freedom to make mistakes.

When I discover who I am, I’ll be free.

You wanna fly, you got to give up the shit that weighs you down.

Life without liberty is like a body without spirit.

For everything that is really great and inspiring is created by the individual who can labour in freedom.

Is freedom anything else than the right to live as we wish? Nothing else.

Freedom lies in being bold.

No one outside ourselves can rule us inwardly. When we know this, we become free.

I know but one freedom and that is the freedom of the mind.

When you know you are free; free to speak your mind, free to decide for yourself, free to criticize yourself and make amends, you grow. You improve your personality and become better with every single day. You set yourself free from negative influences and thoughts.

I think of a hero as someone who understands the degree of responsibility that comes with his free.

True independence and freedom can only exist in doing what’s right.

Just living is not enough… one must have sunshine, freedom, and a little flower.

Freedom is the right to tell people what they do not want to hear.

Freedom is what we do with what is done to us.

People demand freedom of speech as a compensation for the freedom of thought which they seldom use.

Freedom is something that dies unless it’s used.

Our freedom can be measured by the number of things we can walk away from.

To enjoy freedom we have to control ourselves.

Liberty is slow fruit. It is never cheap; it is made difficult because freedom is the accomplishment and perfectness of man.

Freedom in general may be defined as the absence of obstacles to the realization of desires.

So, Do You Feel Free Or Not?

Do you consider yourself free? If you can relate and connect to these freedom quotes, it means you know deep down what freedom is. You might have some sort of freedom, but it is not always an unlimited option for anyone. The above quotes about freedom may have fueled a fire inside you to be free. But first, set yourself free from the negativity inside you and then from around yourself. Only then you will be able to unlock the other aspects of freedom and independence.

Also Read: Your liberty signifies your self-confidence, skills and abilities. So just accept, trust yourself, have a sense of control, feel free, and learn to be more confident and live your life with a beautiful smile.