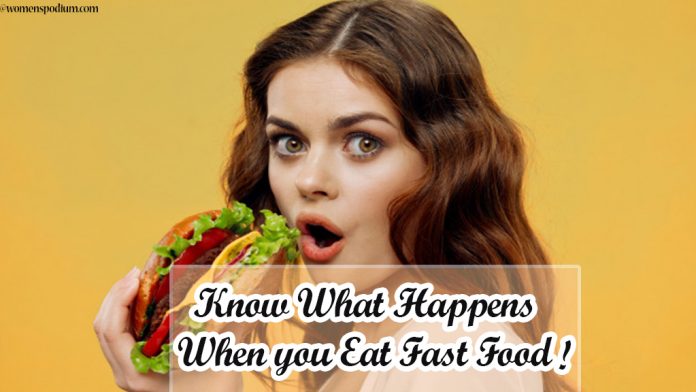 One of the basic requirements for a long healthy life is eating healthy. However, lifestyle changes in the modern world have pushed us to such a combination of food intake, which leaves various unfavorable side effects in our body. In this current globalized environment, fast food doesn’t have to be presented formally like full-blown full course meals. Its affordability, accessibility, and taste force us to enjoy it more and more. From young people to aged people, everybody enjoys its every bite. In this busy lifestyle, what people really forget is its unhealthiness. We simply ignore the fact that fast food has already been labelled as health hazardous. However, the tempting appearance really provokes us to get a bite of it.

How Fast Food Affects the Body?

The ultimate result of regular consumption of these fast foods is really horrible. Some of its effects are depression, cardiac disorders, high cholesterol level, nutritional deficiencies, obesity etc. Some of the health effects are as follows: 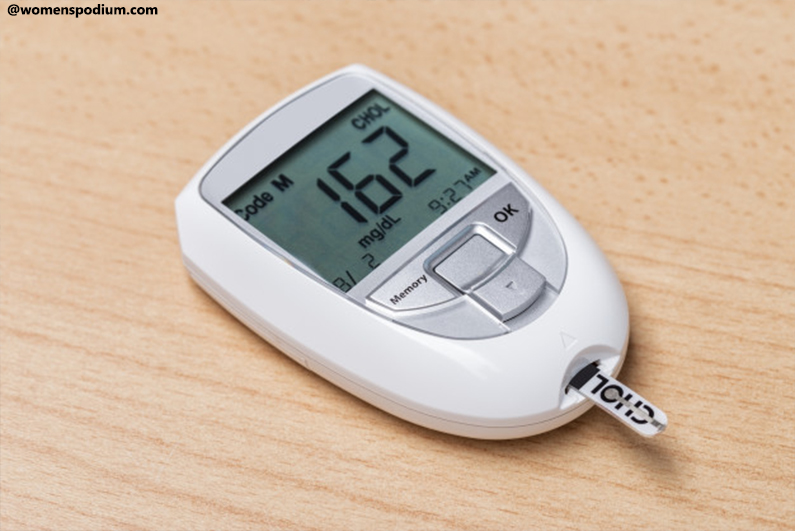 Fast foods are a major source of bad cholesterol because of how they are prepared and the ingredients used in them. If a person consumes it on a regular basis, the overall amount of cholesterol consumed increases significantly. The arteries become thick and often clogged because cholesterol molecules get deposited in them. As a result, the flow of blood in the body gets impacted. This situation will ultimately lead to an increase in the blood pressure level. Once one of the main arteries in the human body gets completely blocked, it usually results to a heart attack. In some cases, a complete heart failure can occur, leading to an untimely death. 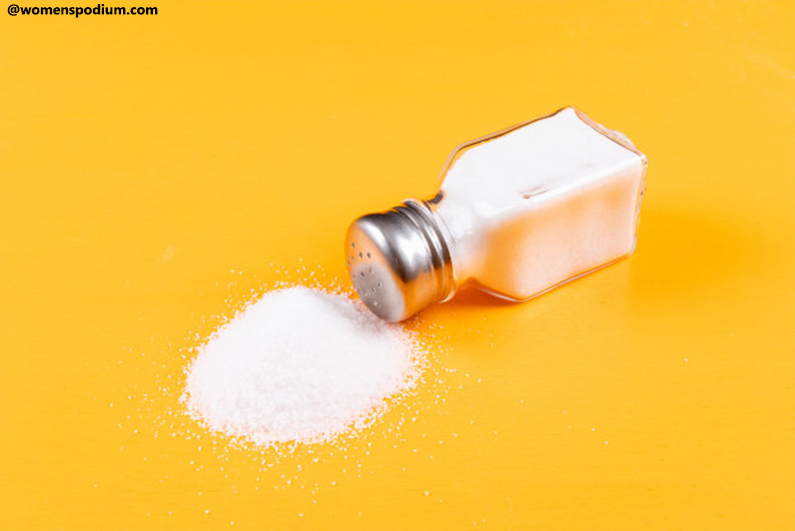 For every one of us, the taste of food is all that matters and to get that taste; we love to eat fast food cooked with ingredients with very high sodium content. We all know that some necessary amount of sodium is essential for the body’s normal functioning. However, there are some severe side effects when you consume excessive sodium. High amounts of sodium in the body are often the leading cause of high blood pressure and hypertension. In some cases, excess quantities of sodium often cause accumulation of fluids in the body, especially for persons suffering from ailments like cirrhosis of liver, kidney or heart trouble problems. So we should cram the side effect of fast food in our mind whenever we eat it.

3. Sometimes It Can Cause Headaches 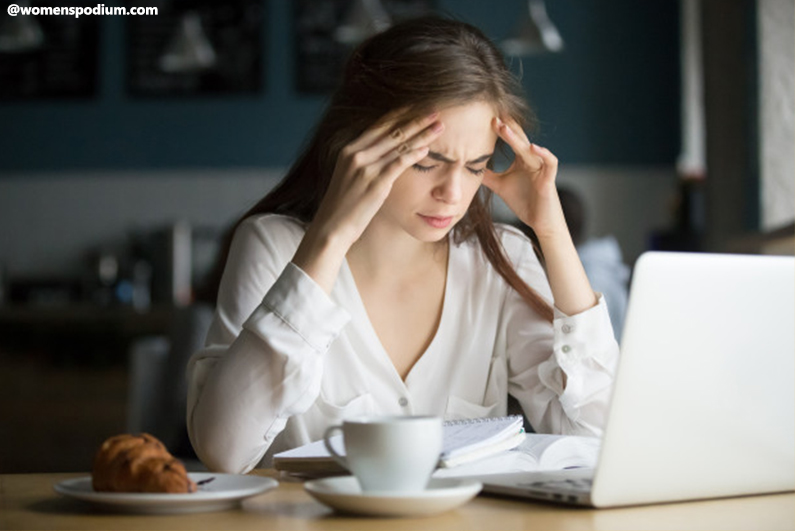 Fast foods often use processed meat as one of the main ingredients. These processed meats are the biggest source of nitrates, artificial sweeteners, nitrites and monosodium glutamate. Some other components are used to preserve the meat for more extended periods and to stop the growth of some bacteria that can cause food poisoning. All these ingredients often lead to an increase in blood flow which in turn leads to migraine problems. When blood flow increases, it triggers pressure in the head, leading the person to feel like having a severe headache or as if he/she had just woken up with a hangover. 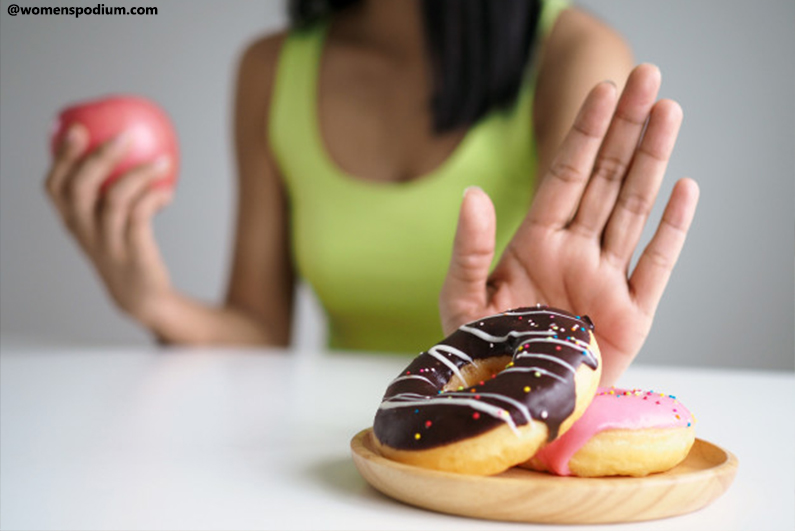 Trans fat is one of the major contents of processed food or fast food. According to some studies, sometimes processed food contains 45% more trans-fat than naturally available foods of the same type. Bad cholesterol as we know it (Lipoprotein of low density) increases when we consume fast foods in huge quantities. They also play a significant role in reducing the amount of good cholesterol in the human body. 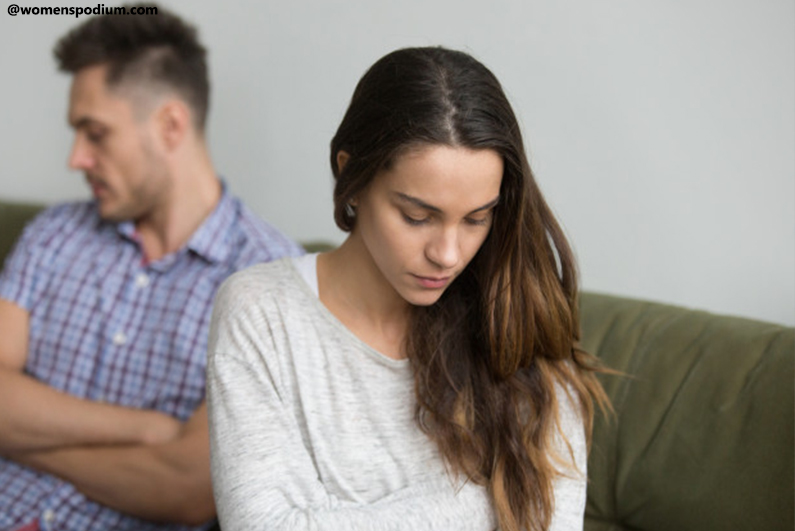 Our physical, mental, sexual health depends on what we eat. Wrong food choices cause several health issues and can become one of the significant factors of sexual problems/dysfunction. Fatty acids often found in appreciable quantities in fast foods are not good for health; unhealthy food choices lead to weight gain. Studies show that weight gain often triggers changes within the human body, impacting sperm count, libido, and female ovulation negatively. All these can affect your personal life, your relationship with your partner. Gaining excess weight makes you lethargic and inefficient in bed. 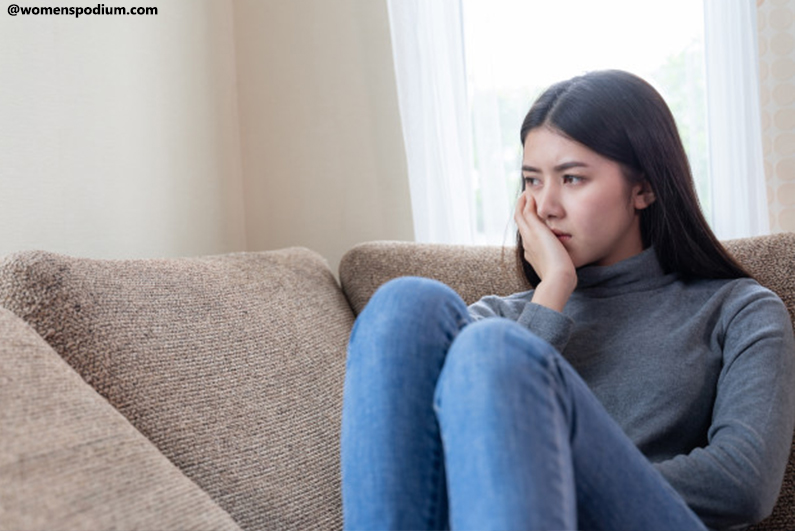 It is surprising, but true. Excessive consumption of fast food can lead a person to mental illnesses life depression. According to a study conducted by the University College of London, people who consume fast food regularly have a greater chance (58%) of developing mental ailments like depression. In order to have good mental health, the body needs antioxidants, omega 3s and foliates. These ingredients are absent in fast foods; instead, they contain stuff like flavor enhancers, emulsifiers, thickeners which obviously don’t help in the well-being of the mind.

7. Can Cause Food Poisoning 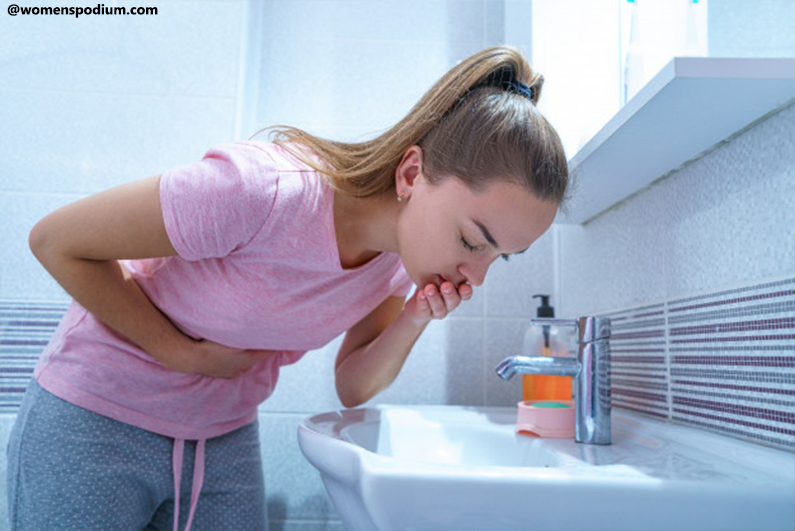 Escherichia Coli and Salmonella are among the notable factors that cause food poisoning. Processed meat used in fast food often contains both of them. It is challenging to treat E Coli, and they are often responsible for causing the worst form of food poisoning. E Coli also releases some very harmful toxins and the antibiotics used for treating E Coli also can’t prevent it.

Undercooked hamburgers often spread this disease. Sometimes kids suffer from renal failure because of this. 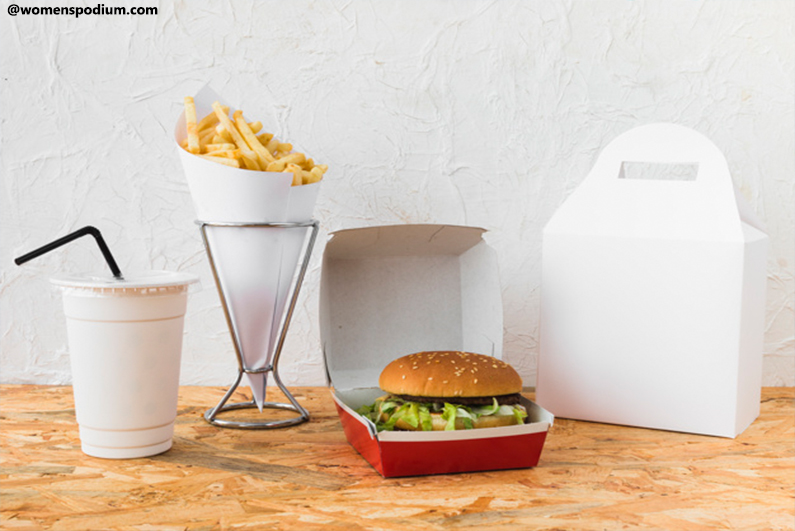 Perfluoroalkyl (PAC) used in the wrappers used for serving fast foods. The primary purpose of this is to prevent grease from leaving the food and causing the food to become dry. However, in some cases, it has been found that this gets inside the human body and then transforms into more harmful forms which cause significant health issues. 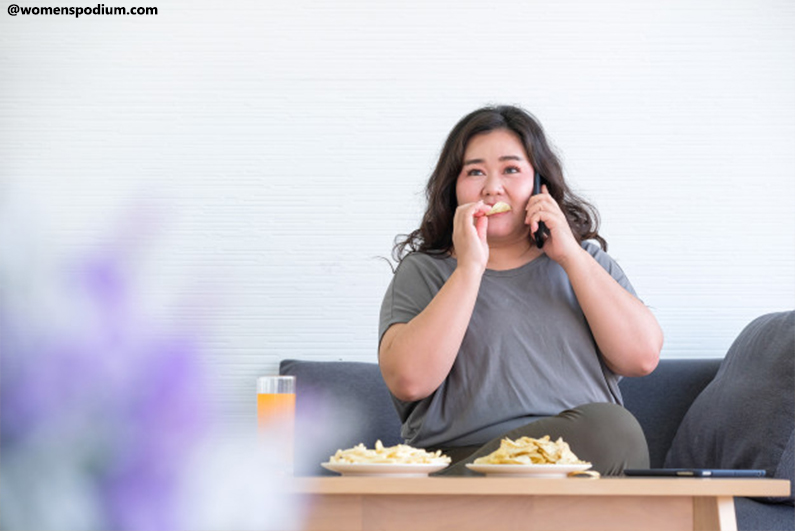 According to studies, the consumption of fast food directly impacts the Body Mass Index(BMI). Because of the presence of high quantities of trans fat and calories, excessive consumption of fast food causes an increase in fat accumulation on the body (especially abdominal fat). Also, it causes resistance to insulin, which will lead to diabetes. The United States of America has an alarming number of obesity cases caused by uncontrolled fast food consumption. Obesity finally leads to dangerous diseases like Type 2 diabetes, arterial blockage, and increased cholesterol levels etc. 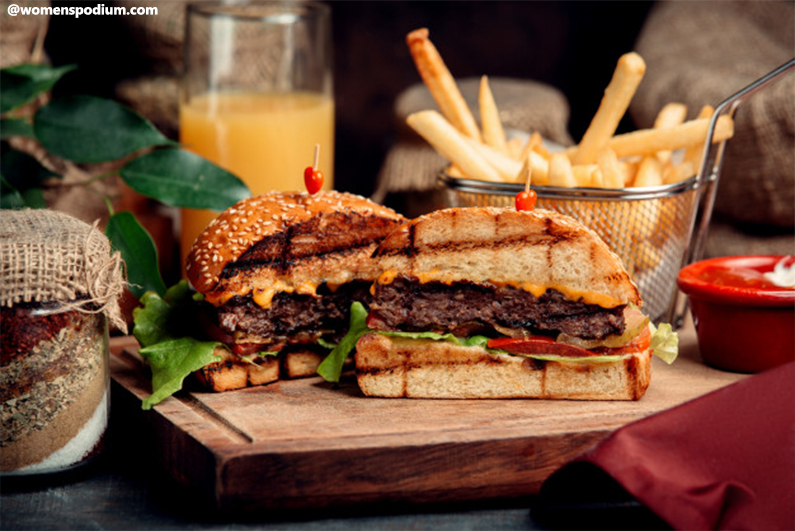 According to most science magazines, consumption of fast food suddenly increases the blood sugar level. This is because of the excessive amount of fat and sugar in them. After a little while, the level falls. As a result, the person consuming fast food experiences a sudden high followed a low. This causes persons to crave for them to experience that high again.