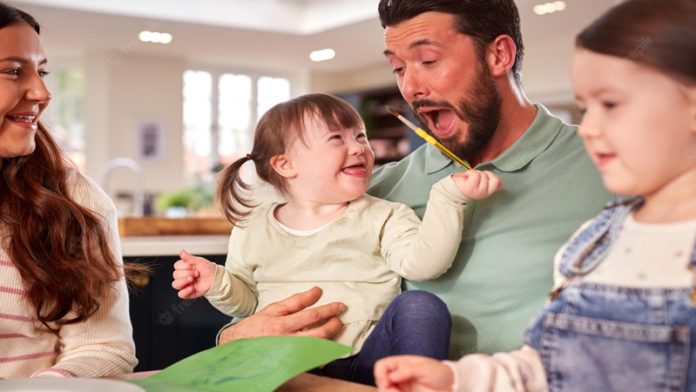 Oldest Child Syndrome, to be honest, sounds like a made-up name to explain just why older children are the way they are. But it does actually exist, or so says Alfred Adler with his Birth Order Theory. According to this twentieth-century researcher, the order in which you are born can explain the origin of many personality traits. This is why each sibling born to the same parents can turn out wildly different from the other. But what exactly is the reason? Variations are caused by societal and situational conditions, sure. But the older child, the middle child, and the youngest child share some typical peculiarities.

What Does Oldest Child Syndrome Mean?

Oldest Child Syndrome refers to the specific characteristics that a person develops as a result of being the first-born child. Many firstborns are used to being only children before the birth of their siblings. As a result of this, most older siblings develop a tendency to get jealous fast and try to assert dominance over their younger siblings. They begin to throw tantrums, need more attention directed toward them, and want their word to be the final one.

This response, though annoying, is perfectly rational. In fact, most parents understand this behavior and refrain from punishing it. They may not be aware of its clinical term, but they recognize a pattern and chalk it down to a psychological response. This reasoning is valid to a great extent. With the birth of a new child, the firstborns essentially feel “robbed” of their prized position. They have been dethroned as the baby of the family and have lost the attention that comes with it. They suddenly need to share the love of the parents they have exclusively enjoyed so far. This change can become a source of stress for the children.

Unless the child is eased into their new relationship with the sibling, it can give rise to developmental issues. The older sibling may retain feelings of rivalry, jealousy, and a constant need to “one-up” their younger sibling instead of fostering a healthy mentor-mentee relationship.

What Does The Birth Order Theory Say?

Alfred Adler developed the Birth Order Theory in the 20th century, and according to this, the birth order is influential in the development of the child’s personality. According to Adler, all firstborn children share common characteristics that follow similar development patterns. The birth order has an effect, therefore, on the thoughts, emotions, and overall personality of the sibling. Although much of his theory has been challenged, his discourse about the Oldest Child Syndrome is more or less deemed true by modern research.

8 Signs You May Have Developed Oldest Child Syndrome

1. You Are Prone To Be Bossy

Firstborn children usually feel like they are responsible for their younger siblings. They generally take on a role of guidance and mentorship, but it can easily become one that is dominating. Older siblings slowly become bossy and want things to be done their way. Instead of mere advice, their opinions become orders. This could potentially throw a hunch in sibling relationships and worsen sibling rivalry. An overly bossy child can become one of your most powerful indicators of an older child syndrome.

2. You Are A Perfectionist

Most studies and independent research have all led to the same conclusion. Older siblings tend to be more perfectionists than younger ones. Older children develop a constant urge to be perfect at everything they do. They want to master everything they try their hand at, in the very first go. Perhaps this is because of the people they grow up observing. All around them, they see adults that seemingly make no mistakes. They know how to tie shoelaces perfectly, walk without tripping, color inside the lines, and being able to cook perfectly. For the older sibling, a precedent is set by well-adjusted adults who are good at basic life skills. For younger siblings, however, the opposite is true. They grow up watching their older siblings make mistakes and then correct them. It takes the edge off the pressure to get things right and automatically opens them up to trying again and again till they get things right.

3. You Put Unnecessary Pressure On Yourself

Sibling rivalry can lead to a battle for parental attention, one in which the older sibling fights without an opponent. The older sibling rationalizes that more achievements would lead to more love, leading them into competition with their own younger siblings. Because of this, they have an urge to put pressure on themselves to perform well academically, under extra-curriculum, as well as in the emotional spheres of their life. Along with this, parents too insist that the older siblings become the role model for the younger ones, asking for a “perfect” child in the roundabout. This causes a bad relationship with failure for the older sibling and makes them want to excel at everything they do.

4. You Have High Self-Esteem

High self-esteem only comes with the territory of perfectionism and too much internal pressure. Aiming at perfection for a long time, practically all your life ends up making you almost perfect in the process. Success can result in high self-esteem and a positive self-image. However, unusually high self-esteem can result in ego issues and a proud exterior. This may be detrimental in the long term and can affect future academic and professional relationships.

5. You Are A Bit Too Competitive

Sibling rivalry is no joke. With the birth of the younger child, the firstborn begins to feel threatened. They feel like they must fight to deserve the love and attention of their parents. They may get overly competitive and resent their younger sibling in the process. Older siblings begin to view their younger ones as mere competition and engage in a pointless battle to outshine the other.

6. You Are Overprotective Of Your Sibling

Oftentimes, older siblings seem to take on the responsibilities of the younger sibling almost as if a parent would. Despite the competition and rivalry, the underlying love is expressed as overprotectiveness. Older siblings feel like they owe it to their younger ones to protect them from any emotional or physical harm. Have you ever caught yourself saying, “I just don’t want you to make the same mistakes I did!”? Well, we’ve got news for you. This reasoning may come from multiple factors. The older sibling has had more time to learn and finds it their duty to be the one to teach their younger siblings everything they know. This stems from a superiority complex simply based on age. Overprotectiveness can hinder sibling bonds in the long run and deepen the chasm of developmental issues the older sibling already faces.

7. You Are A Control Freak

Along with the need for perfection and instant success comes an incessant need to have everything under their control. Older child syndrome usually brings with it control issues, and older children want things to go their way. They want to control situations as well as the people around them. They are already good leaders, and with these control issues, they can get a slight bit obsessive with power. In the long run, however, these tendencies can quickly become toxic as they begin to affect other spheres of their lives. While a younger sibling may still tolerate these control issues, friends and significant others will not.

8. You Have Trouble Admitting Mistakes

Let’s face it; everyone makes mistakes. In fact, making mistakes is a healthy part of the learning curve. But with older child syndrome, the sibling is unable to accept that they too can make mistakes. They hold themselves to higher standards and demand perfection from themselves. So when they do end up making a mistake, they go straight into denial. This can hinder their growth process simply because identifying where you went wrong is the first step in getting better at it.

Parenting is one of the most challenging jobs out there. Anything you do can have long-term repercussions on your child’s mental health. But with the Older Child Syndrome, there is not much you can do as parents. Your best approach is to understand what your firstborn feels at that moment. If either of the parents is firstborn themselves, try and recall how you felt when your sibling was born. Try and anticipate the needs of your firstborn before they have to explain them and make sure they know that they are understood and loved, no matter what. They say communication is key to any and all relationships, whether that of siblings or a parent and child.

Also Read: What’s the Role of Sibling Bond? Why and How to create a bond With your Sibling?