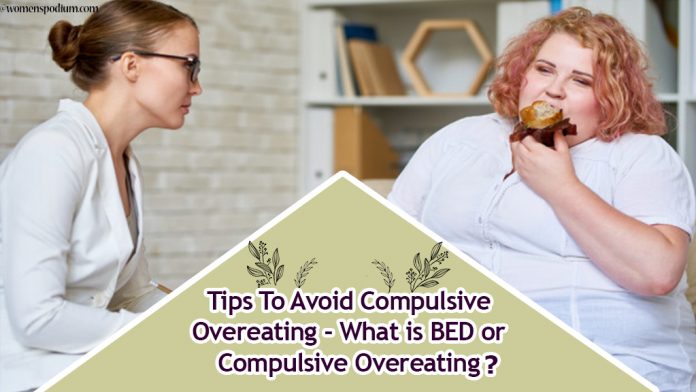 Knowingly or unknowingly, have you ever thought overeating could also be a potential cause behind you being overweight? If you are a food addict, your overeating habits control your emotions and clasps them tightly when your favorite food is in front of you. It’s a familiar tendency for people to lurk more towards food containing low-nutritive value and high calories – these foods are so yummy that holding your taste buds gets tougher. But we forget the negative outcome of our overeating habits. Overeating leads to gaining weight, further leading you to obesity. The painful thing is gaining weight is much easier comparatively, losing weight, especially for those who have a pretty hefty appetite. As we know, nothing is impossible for the human mind, so never lose hope, be firm, and try to combat compulsive overeating habits.

Let us go through the definitions of both binge-eating disorder and compulsive overeating, food addiction to understand these terms adequately. 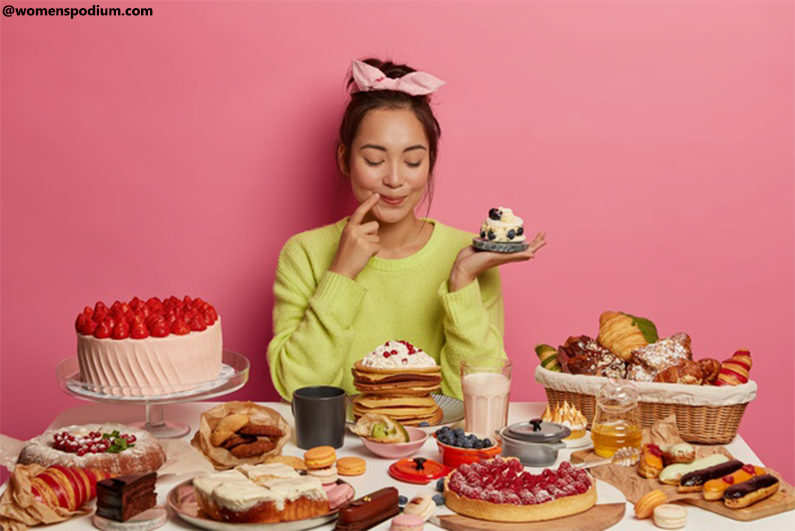 Compulsive overeating or food addiction is the most common term referred to in our society for people who identify with this intense urge or compulsion or impulsive behavior to consume large amounts of food in a relatively short period of time. 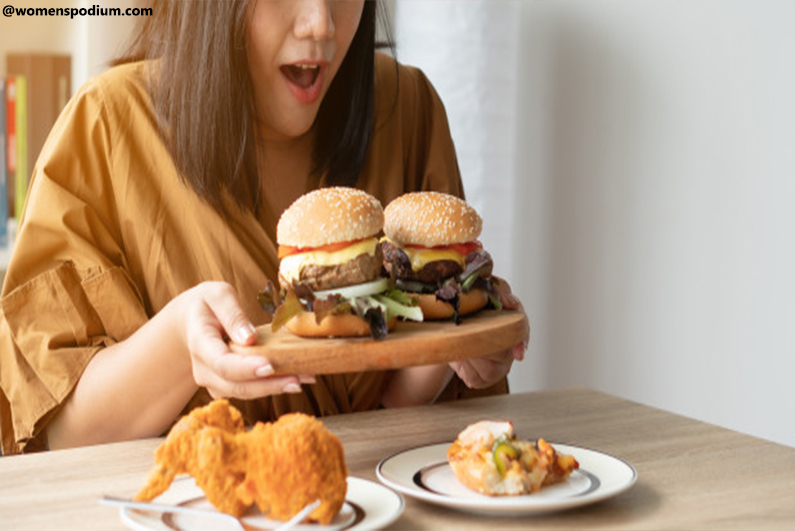 BED is identified by repeated episodes of uncontrolled intake of unusually large amounts of food in a short period of time compared to most people. These episodes are followed by feelings of guilt, shame, and psychological distress marked by a sense of lack of control. The term Binge Eating Disorder also defines someone who grapples with this type of eating-disordered behavioral pattern.

According to American Psychiatric Association), “This disorder is associated with marked distress and occurs, on average, at least once a week over three months.”

Whatever the case is either compulsive overeating or BED, the final conclusion is that you are consuming thousands of calories.

The Similar Symptoms of Compulsive Overeating and Binge Eating Disorder(BED)

How to Stop Compulsive Overeating

You must focus on what you eat because it will help you make healthy meal or snack choices later on. Here are few tips for practicing careful eating habits and how to avoid compulsive overeating.

1. Say Goodbye to Every Extra Bite 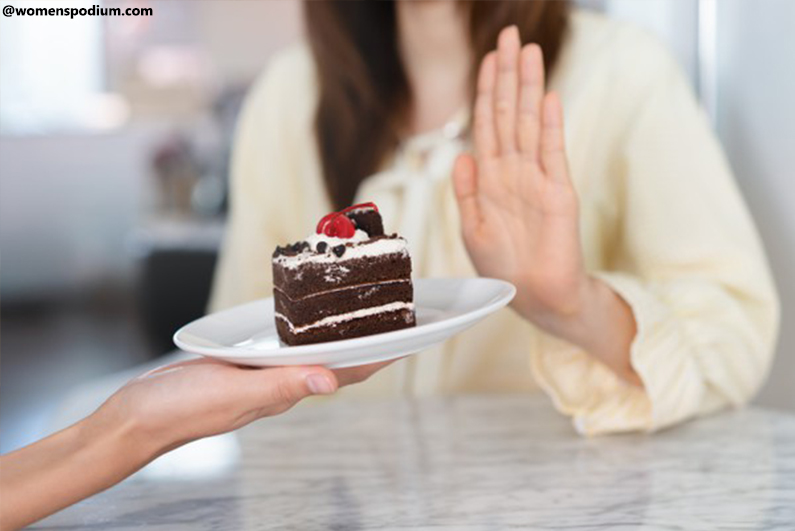 Being human, we tend towards extra bites while cooking, or someone is cooking. Drive your heart—opt to do aerobic workouts regularly; it will dull your appetite. You can also do these simple exercises at home in between your work. 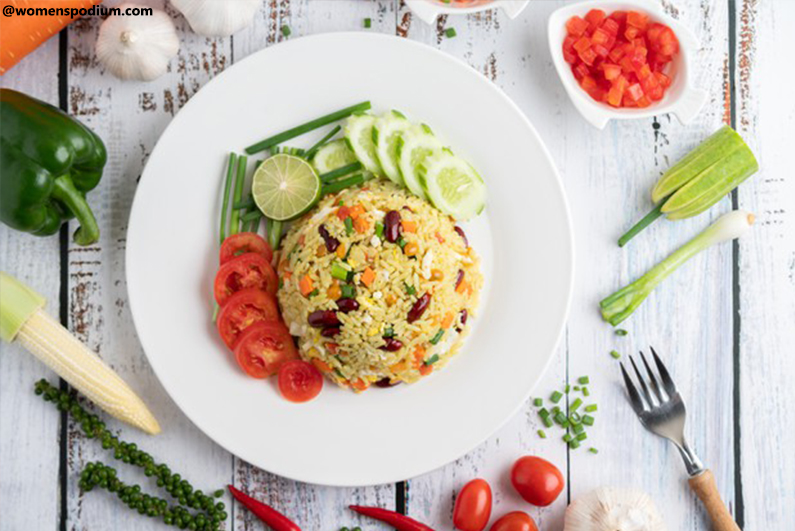 Eating a lot one time is a strict ‘No’ for everyone. Instead, go for tiny meals; multiple small meals are better as they can reduce hunger throughout the day. Remember, the quality of meals is very much important. 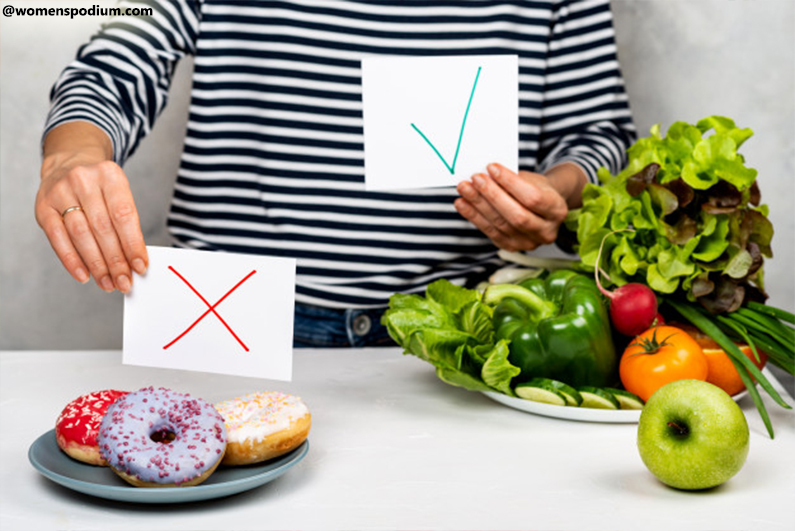 Healthy eating can combat compulsive overeating disorder. As we know, a balanced diet is a must for everyone. When we understand what’s good and what’s bad for our health, then why do we become so careless sometimes! Try to work on your bad habits and go for eating healthy and nutritious food. Some fats are good for health. See the food labels for choosing the right fat contents. Avoid food that has trans fat in it. Some fats turn on your hunger. 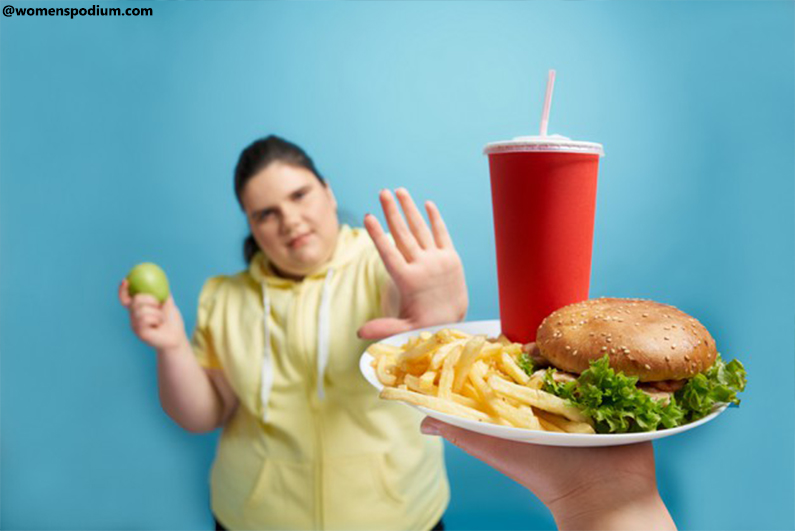 We know how tasty junk foods are, and they will ruin our health someday severely. Try fighting that, make your mind aware of the harmful effects of junk food and avoid visiting places where that food is available because when you don’t see the food, you will not even go for them. As far as possible, keep chips, drinks, and other fatty fast foodstuffs to a place where you can not reach easily. It is similar to out of sight, out of mind. 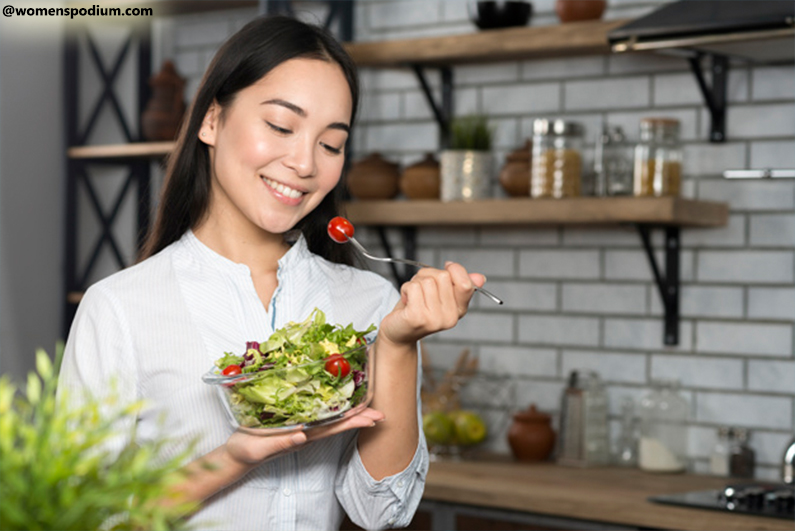 Whatever you eat, make sure to chew your food rightly; it has been scientifically proved that women who ate slowly consume 70% more calories than the others. Slow eating allows the body time for appetite-related hormones to kick in, and thus the body gets to know when it is full. 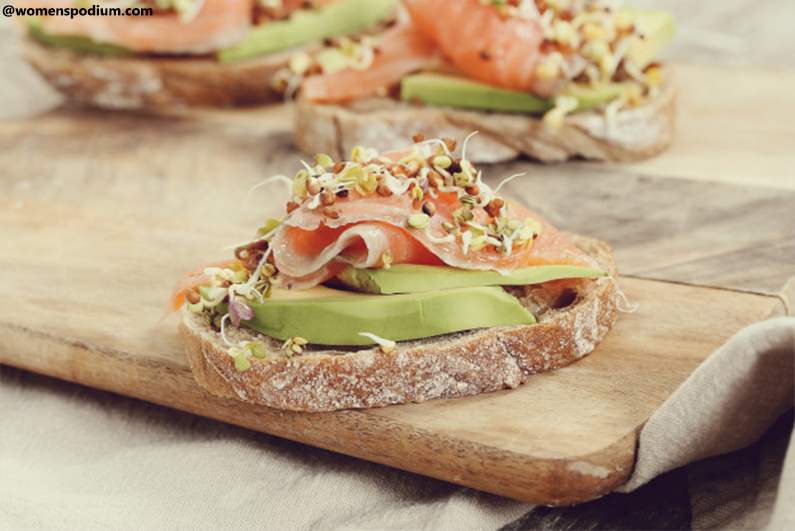 It may sound absurd but honestly, this matters, so pick the smaller size plates because the larger the plates’ size is, the more the person will eat. The plates’ size determines and controls you to fill your plate. When you have less food on your serving, you can combat overeating. 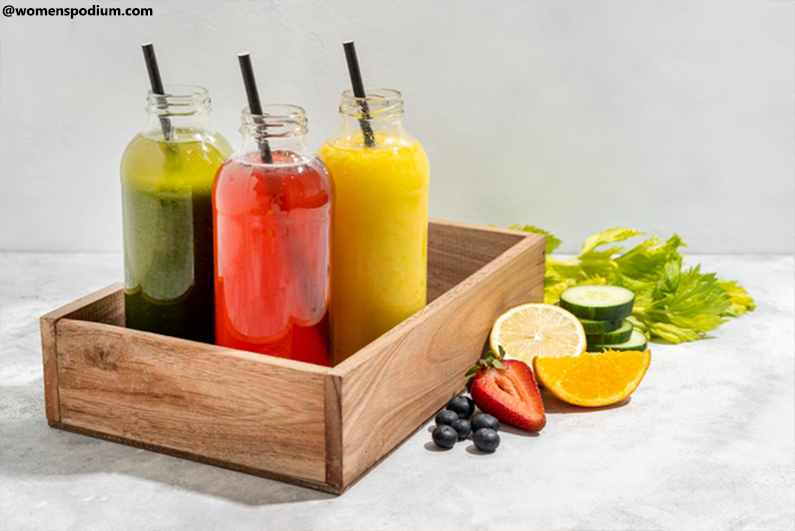 Consuming liquids has its own advantage; if you feel hungry, go for fresh fruit juices, coconut water, and lime water to curb hunger to some extent. Also, drive yourself towards drinking more water than usual due to this your stomach will feel heavy and fuller and thus, at the time of eating you won’t desire to eat a rich platter of food even if it is one of your favourite ones. 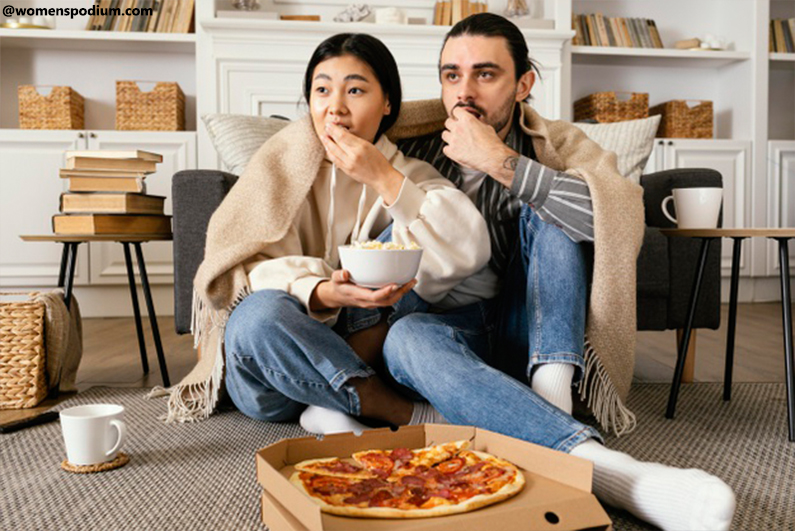 You might have heard that people tend to eat more when they are watching TV between meals. But does it cause more snacking later? Yes, it is quite possible that you may eat more even after you have taken your full-fledged meal while watching TV. During a survey, it has been found that those people who were watching television while eating did extra snacking after they finish their meals.

What Causes to Eat more While Watching TV? 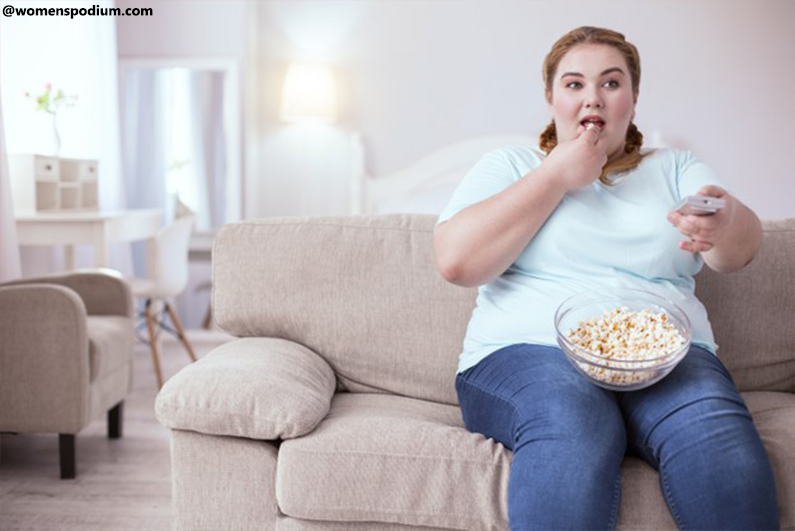 While they watch TV, they don’t remember what they had in their meal. And if you ask them what they have taken in their meal, they could not recall completely. As a result, they snack on more cookies or snacks later on. This is also becoming the major cause of obesity, mainly in the young generation. Many kids snack more on chips and coke while watching cartoon networks or any other TV shows.

These were some of the tips that can give you many soulful health effects by helping you stay away from eating a large amount of food and even overeating your favorite food. Knowing what’s the issue is important, hope the above tips to combat your BED or compulsive overeating help you in a long run. But whenever I write anything for the health section, I humbly request our readers to consult their physician, because I believe everybody is different so the cure is too.